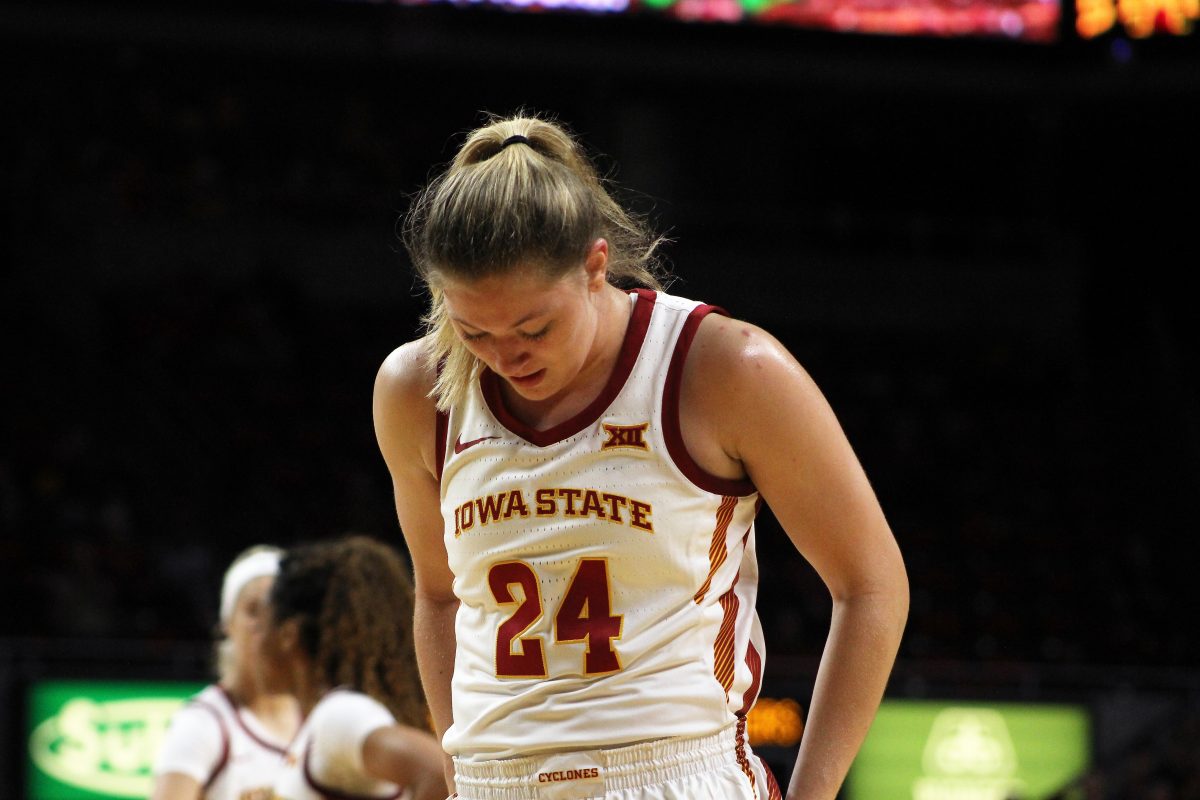 Unfortunately, the rest of the Cyclones had trouble putting the ball in the basket as the team skidded to a 76-69 loss to the Jackrabbits.

Joens finished the game with 35 points and 12 rebounds after fouling out with 35 seconds to play as the Cyclones tried to capitalize on free throws to make a miracle comeback.

However, with a 6-32 mark for the team from behind the 3-point line and 18 turnovers, Iowa State dropped to 1-1 on the season.

“We had good looks,” Iowa State associated head coach Jodi Steyer, who continues to fill in for head coach Bill Fennelly, said. “We did. We had good looks. We can’t win a game against a really good team on the road and shoot that way. Especially for a team that is known to shoot the three. That just doesn’t cut it.”

The shooting woes spell trouble for the Cyclones, who will play their first conference game of the season next week.

The issues need to be fixed sooner rather than later.

“Honestly, when you get those looks it’s a confidence thing that we’ve just got to find a way,” Steyer said. “You have got to get to the point where you feel comfortable shooting it. We’ve got to break the slump.”

Even though Joens ran away with the scoring performance, Iowa State saw at least a bit of a glimpse of freshman Lexi Donarski.

Donarski finished with a career high 13 points and actually shot a team-high 33% (2-6) from downtown.

She’s the first freshman to hit double digits this season.

“It feels good, but it’s really a team game,” Donarski said. “We have some things that we need to work on. (The game here) is more physical and every aspect is at a higher speed.”

That’s going to happen early in the season, especially with four freshmen that are playing 20 minutes a game while still adjusting to the college game.

The difference this season is that there are less exhibitions and expected blowouts to bridge that gap between high school and college.

Iowa State will welcome whatever it can get from the its freshman class early this year, but until then it certainly looks like Joens will be the one constant.

Her performance on Saturday brings her scoring average to 30 points per game.

“Ashley Joens has a monster game… as always,” Steyer said. “But it’s not like every play is ran for her. We knew they were trying to double on her and sync on her and she still puts up those kind of numbers.”

When that happens, it opens up opportunities for the Cyclones.

When they get them, they have to knock them down.

Iowa State will return to the court on Wednesday night when it travels to Fort Worth to take on TCU in its Big 12 opener.

“We have to do a quick turnaround,” Steyer said. “Just when you’re going into Big 12 (play), we’ll have to get a little confidence back, defend a little better in the post, and do a little bit better of a job of taking the care of the ball against TCU. “ 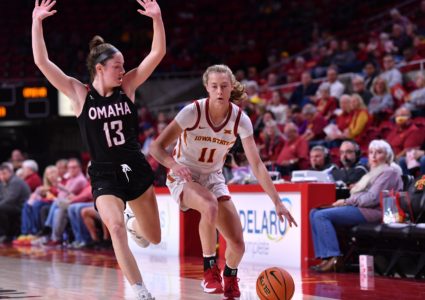 WBB: Cyclones breeze past Omaha despite shooting woes in opener