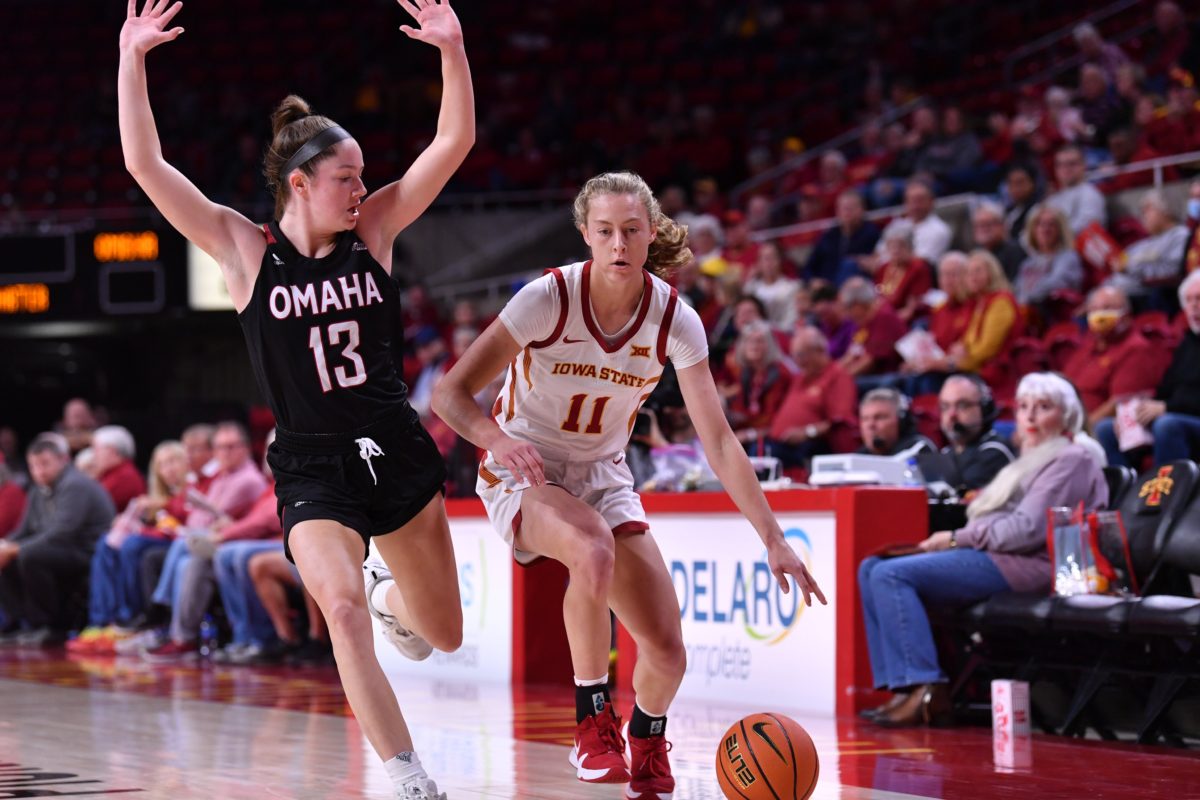 Iowa State was able to capture a win in its season opener for the 27th-straight season under coach Bill Fennelly on Tuesday, but for a majority of the matinee game, the squad couldn’t buy itself a 3-pointer.

Iowa State ended the day shooting 10-39 from behind the arc but had made 6-29 through the first three quarters in the team’s 65-38 season-opening win over Omaha.

“We didn’t shoot the ball great, but we guarded really well,” Fennelly said after the win. “That’s the nature of the game, if you aren’t making shots, you’ve got to guard well and we had to do that today.”

Emily Ryan ended the game with nine steals, tying a school record for most in the game, as the Cyclones held Omaha to under 40 points.

Iowa State only made one of its first 10 attempts from the 3-point line in the opening quarter, allowing the Mavericks to go into the break with the lead.

Lexi Donarski led the team with 18 points on the day, shooting 6-12 from the 3-point line. Not counting Donarski’s line, the team made just four of 27 attempts on the deep ball.

“We have kids that can make shots,” Fennelly said. “We’ve just got to do it for the lights on. I’m not going to tell them to stop shooting. That’s just not who we are. It’d be different, too, if they weren’t taking good shots.”

Ashley Joens was considered as ‘questionable’ to play in the season-opening game for the team but was on the floor for 30 minutes in the game. She finished with 15 points.

When asked after the game how her injured ankle felt, she simply said that ‘it feels great.’

From the post position, junior Morgan Kane and freshmen Izzi Zingaro & Maggie Vick combined to score 13 points and collect 13 rebounds in the game.

Kane, once again, got the start on the afternoon.

“I thought they were solid,” Fennelly said. “The analogy I’ve given them is that they’re like offensive linemen. The only time people call your number is when you do something wrong. They’ve just got to be the people that eat up 40 minutes, defend, rebound, make layups, and not turn the ball over.”

Zingaro took hold of the starting position as the team came out for the second half, however.

She ended the day with 22 minutes on the court.

“I thought (Zingaro) played good,” Fennelly said. “She kind of matched up a little better with Omaha’s post player. She kind of just found a way to get a couple of rebounds and get a couple of shots in. A lot of times in life, kids don’t have to earn things. She earned that one and now it’s up to her to hopefully continue to do that.”

Beatriz Jordao did not play, due to an injury that she is battling. She’ll be out for, ‘a couple weeks,’ according to Fennelly as the staff tries to rehab the injury.

The Cyclones still have a number of things to work through and work on but end up with a 1-0 mark to start the season.

The schedule will start to toughen up a bit, though, for the team, as it next faces South Dakota State, who received one vote in the preseason AP Poll, next Monday at Hilton Coliseum. 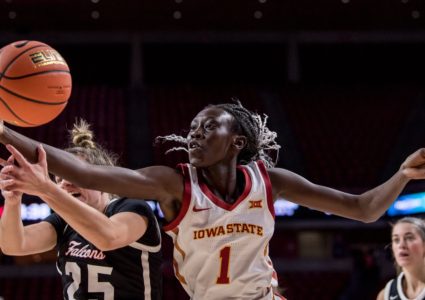