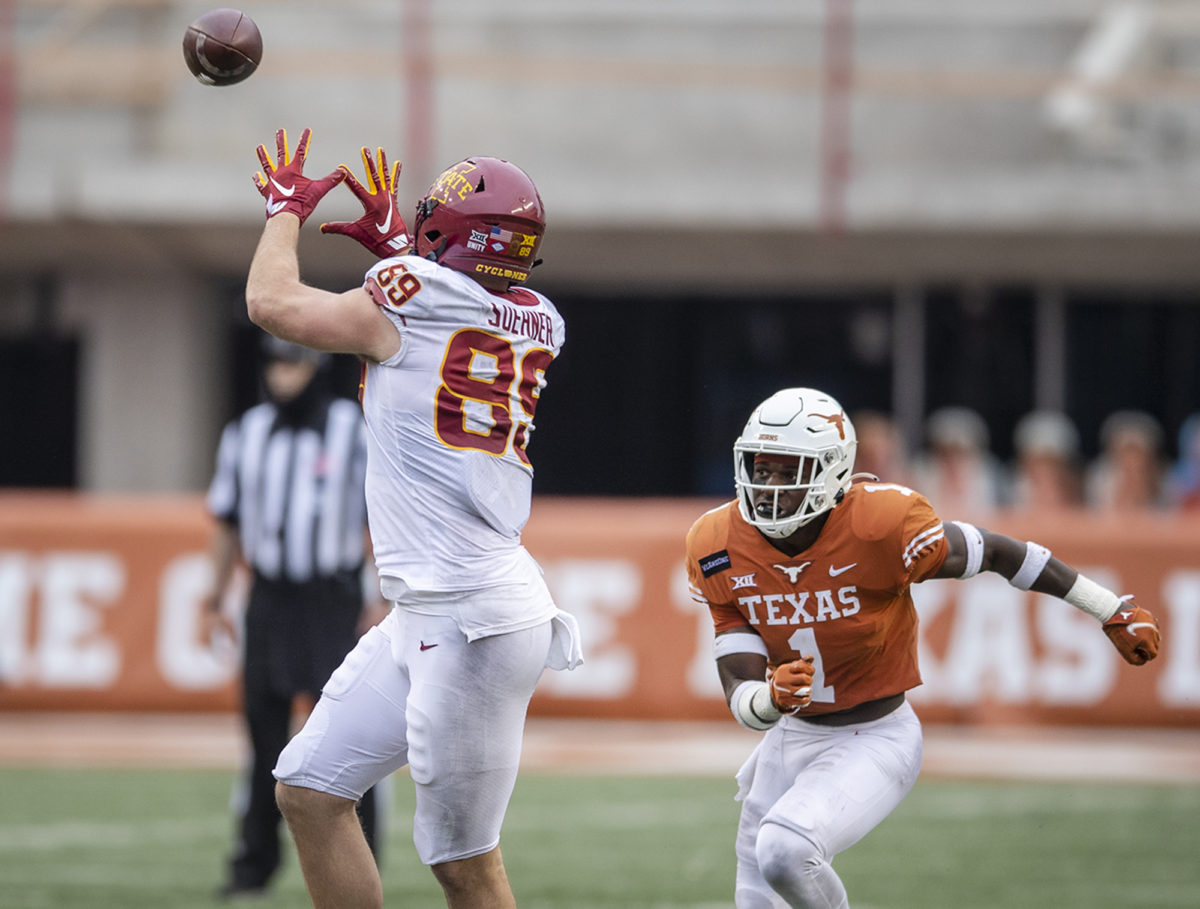 The previous season, the 6-7, 272-pound Swiss Army sledgehammer of the Cyclones’ offense caught one pass before an injury knocked him out of the lineup early.

Soehner hauled in a career-best five catches for 69 yards while playing a critical role in No. 13 ISU’s 23-20 pulse-pounding win at Texas.

That’s big-time production on a day that almost certainly ensured the first-place Cyclones (7-2, 7-1 Big 12) will play in the Dec. 19 league title game.

And that’s exactly what ISU needed in order to outlast the Longhorns (5-3, 4-3) on senior day in Austin.

“I get out and catch balls when the offense needs me to, if they call my number, but I really find my joy in the game in just going out and getting screw to screw on somebody,” Soehner said on the Cyclone Radio Network postgame show. “It’s a good feeling whenever you outwill a guy.”

Oh, Soehner did that on Friday. So did his teammates — especially his 15 fellow seniors who continue to lead the way for a mostly young group poised to play for a shot at the Cyclones’ first conference title since 1912.

“We’ve got a blueprint and the seniors made it up for us,” said junior defensive tackle Latrell Bankston, whose second sack late in Friday’s game helped ISU escape with its second straight win over Texas. “We follow it every day, out of football, in football. We just live by it every day and It think that’s the thing holding us (together) — the foundation of this team and everybody, the staff, everybody who (is part of) this football team. It’s all about loyalty and all about trust.”

Soehner’s last catch — a 22-yarder from Brock Purdy that put the Cyclones inside the Longhorns’ 30 with two in a half minutes left — set up a 17-yard grab and go by fellow tight end Charlie Kolar. Tailback Breece Hall did the rest, rambling for nine yards and then three to score what proved to be the game-winning touchdown with 1:25 left.

“I think the most gratifying (thing about this) is for the senior class, right?” ISU head coach Matt Campbell said. “I mean, the 16 seniors have willed this team and this program to be where it is and for a lot of those guys they’ve been an anchor for the last four to five years — and for a good group of those guys it’s guys that have weathered through really tough and trying times to put this team and put this program in a position to continue to play really meaningful (football) and really special moments. Hopefully this group will continue to stay the course.”

Count on it. On to West Virginia to close the regular season next Saturday at Jack Trice Stadium.

“This team — the heart on this team is incredible,” Soehner said. “The guys never give up. There’s (always) belief. There’s never, ever a doubt in anyone’s mind. I think this team is a lot more mature and maybe more ready for the moment.”

The Cyclones recorded — or set up — a lot of “firsts” on Friday. It puts ISU almost certainly in the Big 12 title game for the first time and it marked the first time in program history the Cyclones have beaten both Oklahoma and Texas in the same season. That’s pretty remarkable. But it also doesn’t matter much, given what’s still out there — including a possible first league championship in 108 years.

“I think I’d be really disappointed if we didn’t get on the plane, flush it, enjoy the fact that we were able to win and then by tomorrow be ready to sit and dissect it,” Campbell said. “And say, ‘Man, what didn’t we do well? What do we need to get better at? How do we continue to improve?’ I think that’s the story of this team. This team has gotten better each and every week. There’s still a lot to do and a lot to play for. The fact of the matter of it is, you play another super-talented football team coming into Jack Trice next week, so if we want to continue to grow and have a chance to be the best version of ourselves we can be and reach our full potential, then we’ll haven’t come back and take that same mindset.”

Hall rushed for *just* 91 yards on Friday, ending his season-long string of 100 plus-yard rushing games. But he is now in the top 10 in program history in at least seven in-season or career statistical categories.

“We just grind away and keep picking at it,” Hall said.

Mike Rose notched a career-high 13 tackles, including 1.5 for loss. … Lawrence White scooped up the first fumble recovery of his career — the game’s only turnover. … Brock Purdy recorded his 11th career 300-yard passing game, while passing Austen Arnaud for second in career completions with 634. The junior also moved into a tie for first with Bret Meyer in career league wins (21). … Tarique Milton returned from injury to make a season-high six catches. … O’Rien Vance matched career highs in tackles (9) and tackles for loss (2).

“We just keep playing. We never flinch. I know I say that a lot, but that really is the truth.” — senior safety Greg Eisworth. 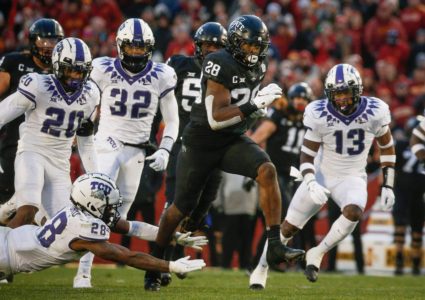 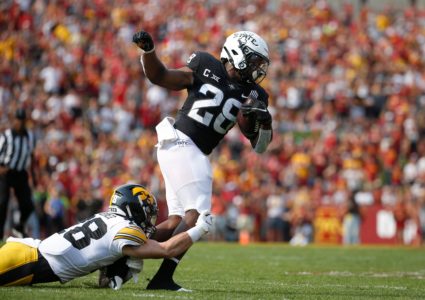