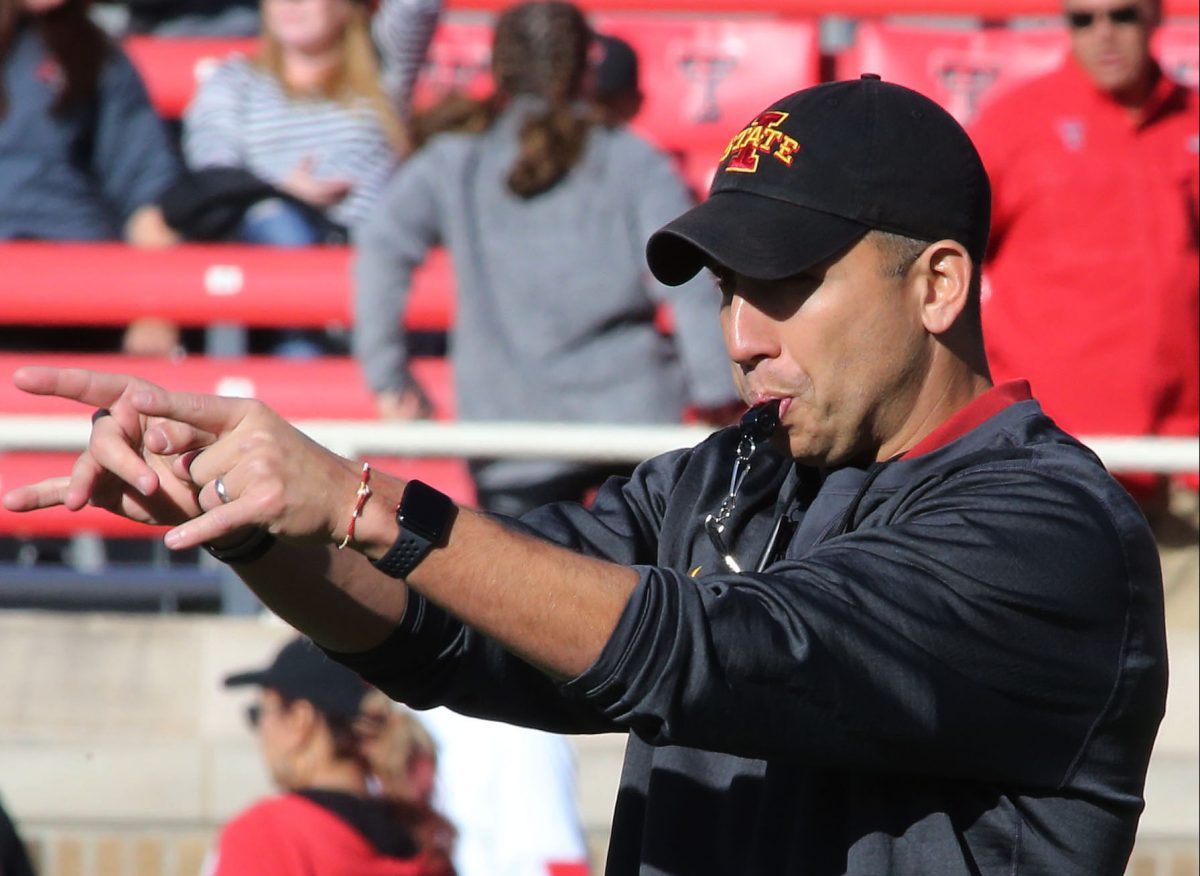 Iowa State released its first depth chart of the 2020 football season ahead of Saturday’s season opener against Louisiana (11 a.m. on ESPN) at Jack Trice Stadium.

Here are some brief thoughts on how the depth chart shakes out and a few notable position notes:

*** To not surprise, there is an “or” listed between true freshmen quarterbacks Hunter Dekkers and Aidan Bouman for the backup job behind Brock Purdy. Have to imagine it would be a largely in the moment judgement call if either of them had to be called upon in game action at this point.

*** Having a “or” between all three tight ends listed on the depth chart really does not come as a surprise, but the third tight end listed behind Charlie Kolar and Chase Allen might — redshirt freshman, and converted quarterback, Easton Dean.

How much will Dean play right away? I guess we will see, but he has drawn rave reviews from everyone in the program, most notably Matt Campbell, who said he could be the most talented player in the room before it is all said and done.

*** Iowa State’s three starting wide receivers appear to be set for now with Tarique Milton at the M, Sean Shaw at the Z and junior college transfer Xavier Hutchinson at the X. Remember when we told you that Campbell bringing Hutchinson out to talk to the media should be an indicator?

Kid will be a big piece of this offense from day one.

*** Other notables at the receivers spot — Joe Scates listed as the No. 2 X, Landen Akers or Darren Wilson Jr. battling for the No. 2 Z and true freshman Daniel Jackson as the No. 2 M. Campbell pointed the youngster out specifically as someone who has been raising eyebrows when talking about receivers a few weeks ago.

*** Two offensive lines spots are set with Colin Newell at center and Trevor Downing at left guard. Otherwise, we will have to wait until Saturday to find who wins the battle at left tackle between Sean Foster and Grant Treiber, right guard between Robert Hudson and Derek Schweiger and right tackle between Joey Ramos and Jake Remsburg.

*** Zach Petersen and JaQuan Bailey will be the team’s starters at defensive end while Tucker Robertson and Will McDonald IV will back them up.

*** After months of speculation, Enyi Uwazurike’s move inside has been confirmed with him being listed as the starting defensive tackle ahead of JUCO transfer Latrell Bankston.

*** Isaiah Lee and Joshua Bailey continue to battle for the nose guard position.

*** Senior Jake Hummel will be the starter at will linebacker, joining incumbents O’Rien Vance at the mike and Mike Rose at the sam. It will be great to see Hummel get an opportunity to make every down plays after he’s been on the two-deep and a special teams standout for almost four years, but (understandably) got few opportunities due to the presence of Marcel Spears.

*** Dae’Shawn Davis (will), Gerry Vaughn (mike) and Aric Horne (sam) will be their backups. Again, only one senior listed on the two-deep in this position room.

*** It appears as though redshirt freshman Isheem Young is pushing hard for the starting spot at the star position while his battle with Arnold Azunna continues into Saturday. This comes as little surprise considering the praise Young’s received from Campbell and other players in the defensive secondary.

*** No surprises at any of the other secondary spots with incumbents Lawrence White (FS), Greg Eisworth (SS), Anthony Johnson (LC) and Tayvonn Kyle (RC) as the listed starters. Experienced corner Datrone Young is listed as Kyle’s backup, but will see quite a bit of time.

True sophomores Kym-Mani King and D.J. Miller are the backups at the safety spots. The fourth true freshman to make an appearance on the two-deep is T.J. Tampa at left corner behind Johnson. He’s another guy who has been pointed out by teammates as a standout in camp.

*** No surprises really at any of the already decided special teams spots with Connor Assalley set at placekicker, Blake Clark at holder, Tarique Milton at punt returner and Kene Nwangwu at kick returner. There is no kickoff specialist listed, but it would not shock me to see that job placed with Liberty transfer Alex Probert.

*** The battle for the top punter spot continues between Joe Rivera and Corey Dunn while the same can be said about long snapper with redshirt sophomore Connor Guess and true freshman Koby Hathcock.

Here’s the two-deep breakdown by class:

Running through changes to ISU depth chart before Iowa