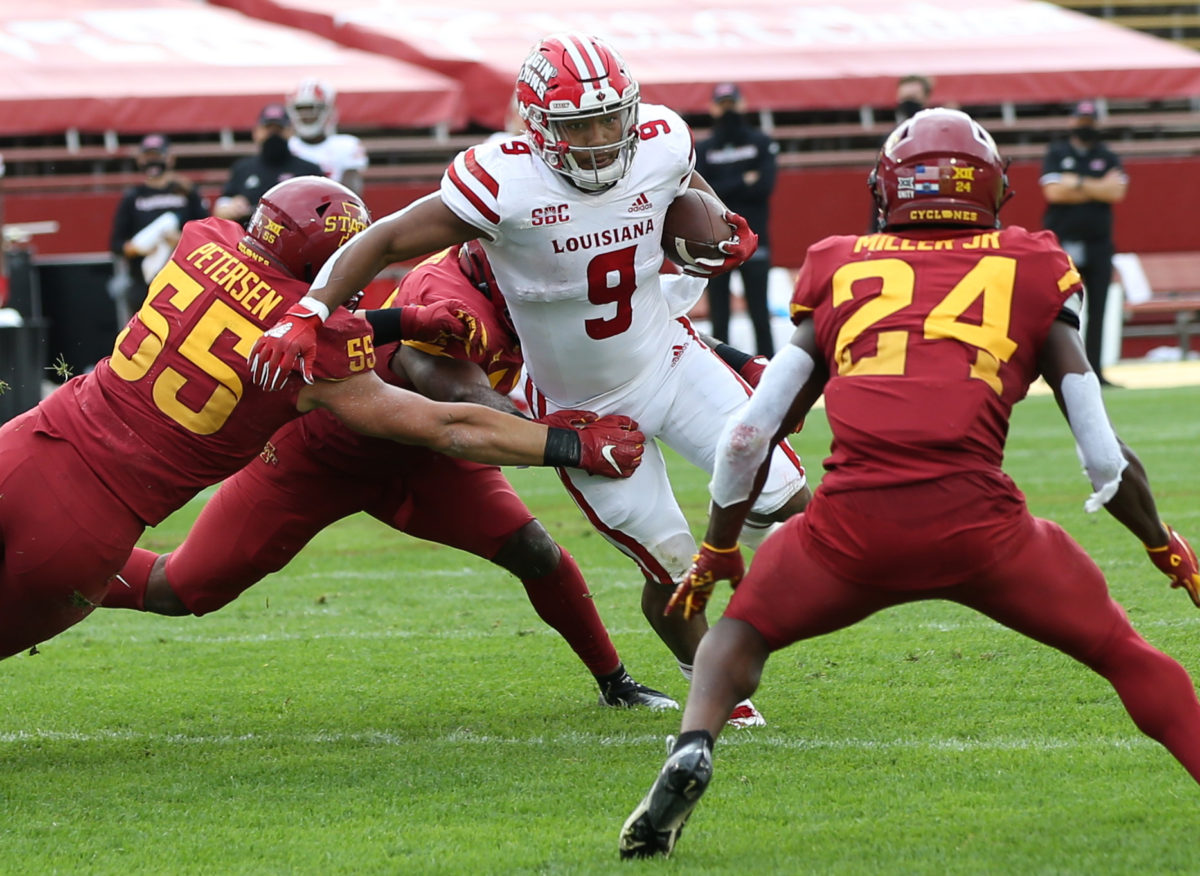 Greg Eisworth was clearly annoyed with the question.

The Cyclones’ star senior safety had gotten tired of repeating himself after Iowa State’s 31-14 loss to Louisiana to open the 2020 season. He had been asked about the offense’s struggles and the special teams woes that played major roles in the loss to the Ragin’ Cajuns.

Did they add pressure to an Iowa State defense that, in large part, played really well against the Sun Belt favorites?

“It doesn’t put any pressure on us as a defense. I feel like I’ve answered that question two or three times now,” Eisworth said. “There’s nothing that rattles our defense. There’s no added pressure. Special teams, offensive, none of that stuff. We step on the field, we have the same mindset, the same attitude each play and we go to work. That’s it. There’s no added pressure. There’s no deflation within our organization, our defense or none of that stuff. It’s the same mindset. We line up and we play football. Every play. No matter the score. No matter if we’re winning, losing, none of that, it’s the same thing every play.”

The frustration from Eisworth, who finished the game with six tackles, was understandable. But the offensive and special teams struggles were baffling when you consider the high expectations Iowa State was carrying into the start of the 2020 season.

The reality is, how well the team can fix those issues during the program’s first of three bye weeks before the Big 12 opener against TCU on Sept. 26 could set the trajectory for the remainder of the team’s season.

“My frustration [is] at some of the detail that a year ago that cost us the ability to maybe finish some games and win some games that we had the opportunity to win,” head coach Matt Campbell said on Monday’s Big 12 Teleconference. “Those are things that probably my frustration still resides in. That doesn’t have anything to do, in my opinion, with our kids. It has everything to do with just continuing to pound away at some of those things that have kept us from taking the next step.”

Taking that next step was supposed to be the theme of Iowa State’s 2020 season even with the COVID-19 pandemic looming overhead that forced adjustments to protocol for every program in the country. This is a program that has been rising over the last three years and brought back more returning skill than at any point at least during the Campbell era, but probably even longer.

Instead, it was a game marred by many of the same mistakes–as Campbell says often, “in the margins”–that have held the program back from elevating to that level in each of the last two years.

“Some of those things showed back up on Saturday,” Campbell said. “I think those are things for us if we don’t get corrected then we’ll continue to live with the up and down results that we did at times a year ago.”

Figuring out how to fix those mistakes in the margins, and quickly, will define the feeling surrounding Iowa State football heading into a nine-game sprint through the Big 12 season. If it is done during this bye week and major improvements are made heading into the date with the Horned Frogs, then Louisiana will feel like a blip on the radar in the long run.

If they’re not, and the Cyclones play similarly in Fort Worth to how they did last Saturday, then the lead-up to an Oct. 3 battle with perennial Big 12 favorite Oklahoma will be marked by frustration with a program that seemed primed to take the next step in 2020.

We did not see a program ready for the next step against the Ragin’ Cajuns, and that means this is a defining bye week even if it does come after only one game. Seeing a program prepared to compete for championships next week against Gary Patterson’s team will go a long ways towards getting back onto the right foot.

Otherwise, Eisworth better be prepared to answer those questions a few more times.

“It is just more fuel to the fire,” Eisworth said. “It kind of exposes our areas of weakness. Now we’ve got to go figure out how to fix it.”