Iowa State’s 2021 recruiting class added another piece on Saturday when all-purpose back Deon Silas announced his commitment to the program.

Silas, a native of Lutz, Fla., is considered the No. 9 all-purpose back in the country by 247Composite. He is rated as a three-star recruit and the No. 1,182 player in the country overall.

Silas chose Iowa State Over offers from USF, Bowling Green, Toledo, Liberty and a handful of other program.

The Cyclones now have nine commitments in a 2021 recruiting class ranked as the No. 24 group of commits in the country. 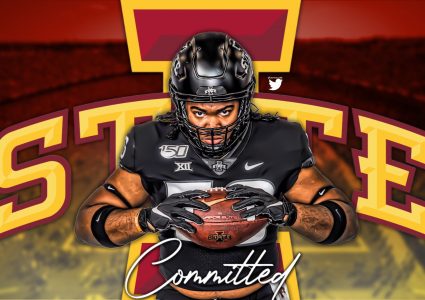