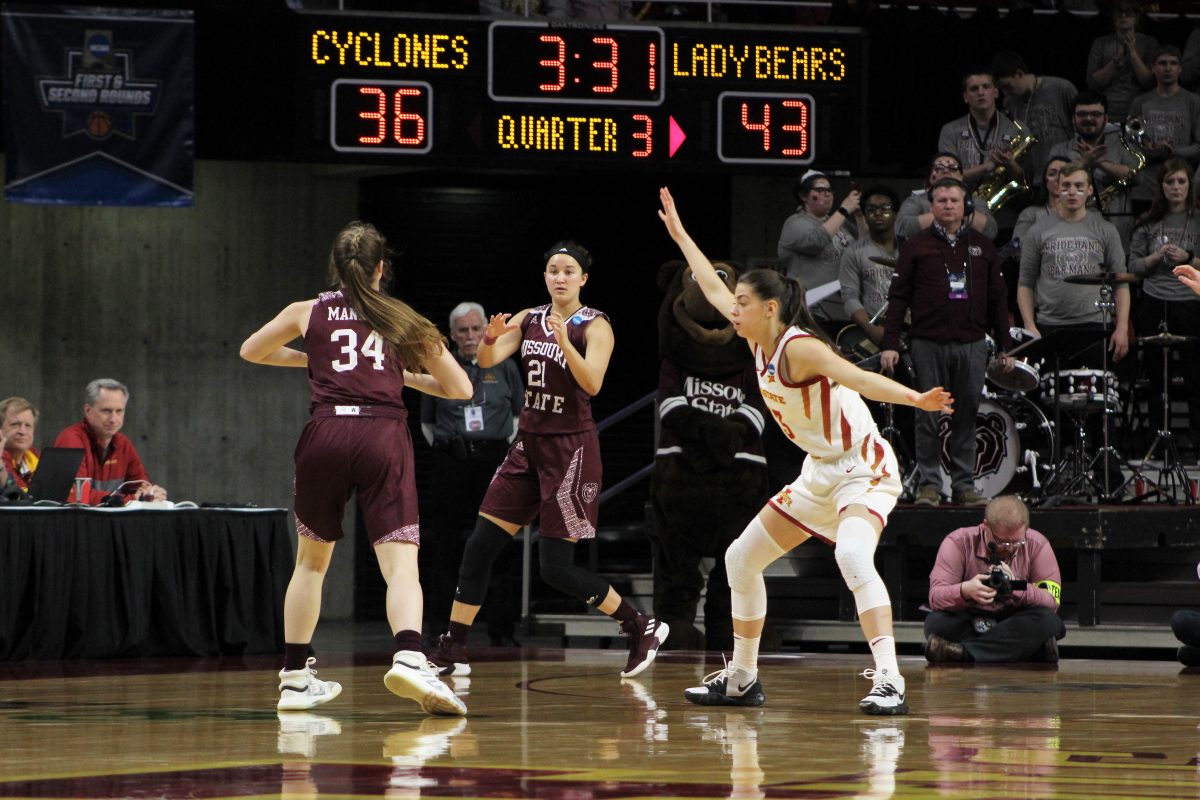 The Following is a press release issued by the Iowa State Athletic Department:

Iowa State was led in defeat by Adriana Camber, who finished with a season-best 18 points on 5-of-11 shooting from 3-point range. Kristin Scott chipped in with her seventh-straight game in double figures with 16 points, while Ashley Joens notched her third double-double in four games with 12 points and 13 rebounds.

Despite making 14 3-pointers, their second-highest output of the season, turnovers were once again a struggle for ISU. The Cyclones committed 16 turnovers, which TCU turned into 22 points. The Frogs were also able to establish themselves in the paint, winning points in the paint 42-to-16 over Iowa State.

How It Happened
ISU found itself in a difficult position early, as three early turnovers resulted in an 8-0 hole to start the contest. The Cyclones did not wait long to get back into it, as a four-point play from Adriana Camber got it back within one at 10-9. Joens knotted it at 12-12 with a 3-pointer, and she was on the call again 90 seconds later with a 3-pointer to get the Cyclones their first lead at 15-14.

TCU restored its lead on the first possession of the quarter, and built their lead back up to six at 25-19. The Cyclones struggled in their shooting efforts, going just 5-of-17 from the field and 2-of-11 from 3-point range in the period. The Horned Frogs were able to work their way back ahead by eight at 34-26, and head to the locker room with a nine-point cushion at 36-29.

Rae Johnson and Camber hit 3-pointers immediately out of the break to get the TCU advantage down to one. The fast start was derailed by turnovers, as two minutes later the Frogs were by double figures, with five from Lauren Heard, at 48-35. ISU countered with a 9-0 run, which included treys for Johnson and Espenmiller-McGraw, to draw within four at 48-44. The Cyclones’ used a 5-of-10 3-point shooting effort in the period to get within five, 57-52 heading into the fourth quarter.

Jaycee Bradley’s 3-pointer restored TCU’s double figures lead at 64-54. The Cyclones continued to shoot away, with Camber hitting a pair of 3-pointers to help bring the deficit back to single figures at 71-63. While Camber, who had 11 fourth-quarter points, continued to hit shots to keep ISU in it, the Frogs consistently had the answers, going 8-of-16 in the fourth quarter to preserve their win.

Players of Note
Adriana Camber’s renaissance senior season had its peak on Sunday, as she recorded a season-best 18 points, which included five 3-pointers. Eleven of her 18 points came in the fourth quarter.

Kristin Scott has now scored in double figures for seven-straight games, as the junior finished with 16 points on 7-of-13 shooting.

Up Next
Iowa State will have its mid-week bye and will be back in action next Sunday at Hilton Coliseum against Texas Tech. Tip between the Cyclones and Lady Raiders will be at 2 p.m. with Cyclones.TV Powered by Mediacom televising the contest. 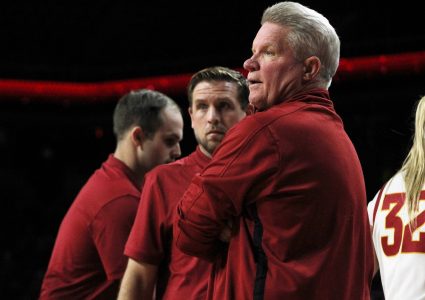