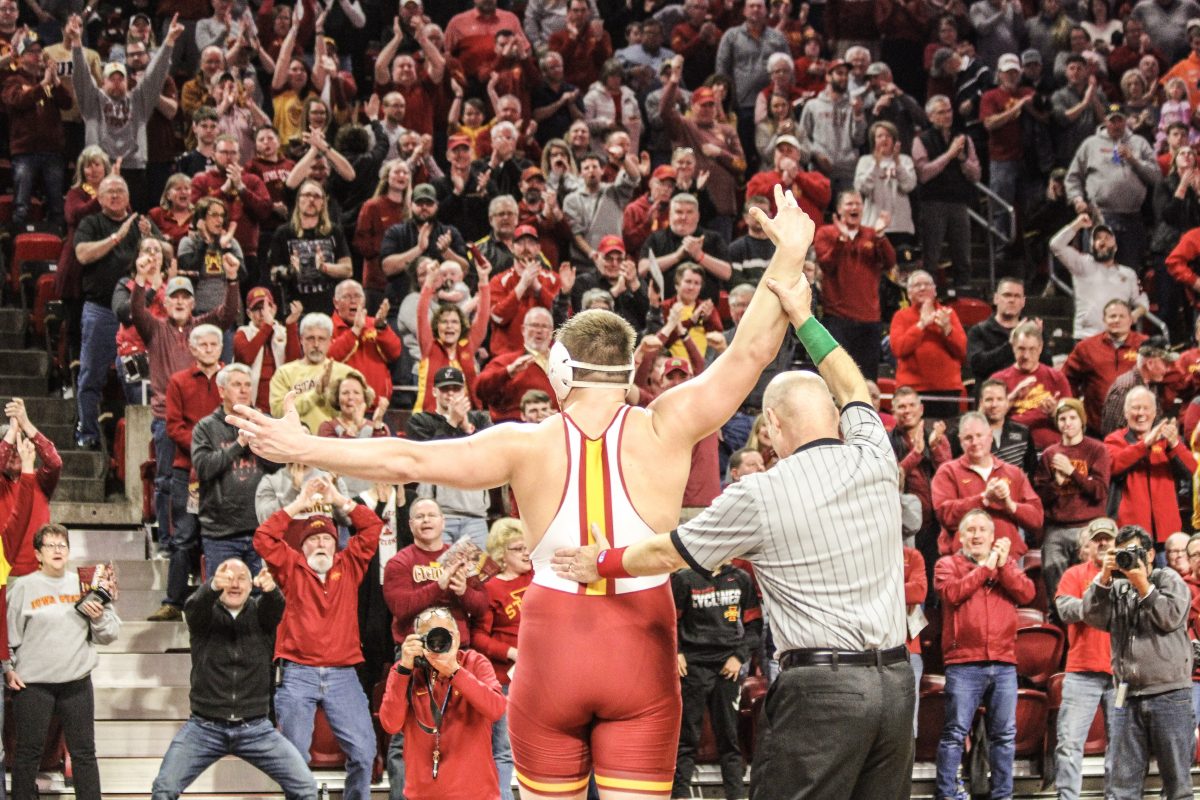 The last time Iowa State beat Northern Iowa on the mat was 2015-16. They were in West Gym and Iowa State trailed 16-15 as the last match of the night started.

On Sunday, that same exact thing happened but the venue was Hilton Coliseum. The Cyclones trailed 16-15 as they geared up for the last match of the day with heavyweight Gannon Gremmel facing off against the Panthers’ Carter Isley.

Gremmel held his ground and rode his way to a 4-0 finish with 2:47 of riding time to bring Hilton Coliseum to their feet.

“In the wrestling world, we got a little Hilton Magic there towards the end,” head coach Kevin Dresser. “I’ve said it all year, Gannon’s a competitor. He competes really hard and he’s getting better. He had a nice takedown. He couldn’t ride anybody for 30 seconds at the beginning of the year, now he’s riding guys for four minutes. At heavyweight being able to ride guys is a huge deal.”

Although the Cyclones have continued to be on a steady incline they have struggled to have a significant win on their schedule. Today’s win against UNI changed that.

The cardinal and gold trailed the dual until 141-pounder Ian Parker secured a win over Michael Blockhus to bring the team score to 6-6 and changed the energy in Hilton.

Redshirt senior and 165-pounder Chase Straw also went into a sudden victory. For Straw however, he fought his way and secured a takedown to win his match 3-1.

At 174 pounds it was supposed to be an easy win for the Panthers. Bryce Steiert was going up against Sam Colbray.

Colbray has been slowly adjusting to his new weight and been fighting sickness that Dresser didn’t disclose until after the match.

Colbray brought the team score back to a tie, 12-12 after he fought his way to a 7-6 win. He was down 6-4 in the second period. After securing a takedown with 30 seconds left in the third period after two escapes, Colbray took control.

“Once you trust the process there’s a payout to be made and tonight it happened,” Colbray said.

The Cyclones were able to secure this win in front of 5,129 fans who spent more time out of their seats than in them.

“That’s what we want it to be like every dual that’s here,” Straw said. “It takes a lot out of them. Hearing them say ‘Cyclones’ all the time it builds us up. Fans play a major factor in our duals.”

Although doing all the right things at the right time won their matches, the team feels they couldn’t have done it without the environment and heart from their fans.

“Just looking up its kind of surreal. Its the extra push sometimes you need when you’re in the heat of the match. When everyone’s yelling the same thing, ‘score, score, keep pushing’, or even yelling the time — you don’t know the time. Those kinds of things are huge. Our fan base was probably the reason why we had that extra push outside of our own work to win,” Colbray Said. 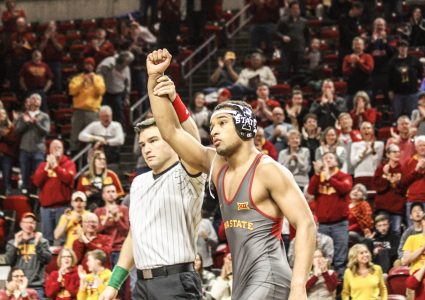