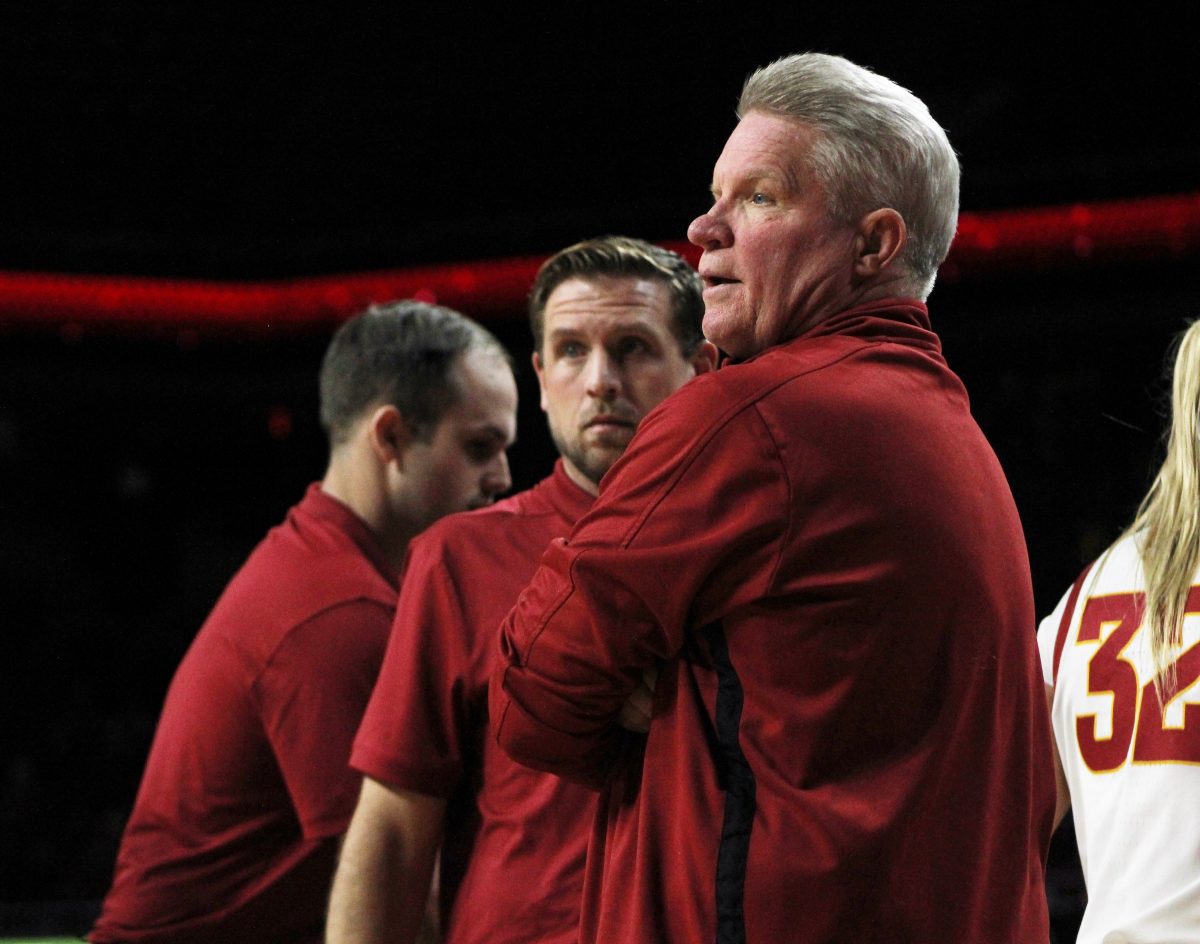 AMES, Iowa – UNI (8-3) went on a 16-0 fourth-quarter run to pull ahead of and defeat Iowa State (7-3) 71-63 Sunday evening at Hilton Coliseum. A physical contest, Iowa State was able to get ahead by eight at 55-47 in the first minute of the final quarter, but were unable to make the stops or shots needed to get back into the game.

In defeat, Iowa State was led by Ashley Joens, who notched her third-straight double-double with 22 points and 13 rebounds. Joining her in double figures was Maggie Espenmiller McGraw with 12, and Adriana Camber posted a season-high 10 points.

How It Happened
A pair of Maggie Espenmiller-McGraw 3-pointers helped give the Cyclones the early advantage. UNI was able to sneak ahead on multiple occasions, but turnovers held them back, as they gave away the ball six times in the first. The Cyclones were able to take advantage late, going on a 5-0 run to close the quarter and end to the session ahead 19-15.

Iowa State got its lead to six on an old-fashioned three-point play by Ines Nezerwa, but back-to-back 3-pointers by the Panthers’ Kam Finley tied it up at 25-25. ISU worked its way ahead 32-29, but once again the visitors were able to battle back with a 9-2 run, capped by a Karli Rucker 3-pointer to get its biggest lead of the half and mid-point advantage of 38-34. ISU was hindered by turnovers in the second period, as a 5-for-10 shooting effort was offset by eight turnovers.

UNI missed six of its first seven shots out of the break, but the Cyclones were lethargic in their pursuit, only making two of their first eight. Ashley Joens got the home squad back ahead with an old-fashioned three-point play at 43-42, but Finley countered with one of her own to restore the Panther advantage. Despite five third-quarter turnovers, ISU was able to get the last laugh of the period, as Rae Johnson drained a 3-pointer to give Iowa State a 49-47 lead heading into the fourth.

Joens and Johnson scored on ISU’s first two possessions of the fourth to put Iowa State ahead eight at 55-47. However, UNI flew back ahead, going on a 9-0 run across just 74 seconds to make it 56-55 on a Rucker 3-pointer. The Panthers run would get to 16-0 and see the visitors get ahead 63-55 before Joens stopped the bleeding. However, there was not a path back into the game, as UNI drained four-straight shots to maintain its advantage and get the win.

Players of Note
Ashley Joens had another stellar game. The Cyclone sophomore had her third-straight double-double and fifth of the season with 22 points and 13 rebounds.

Maggie Espenmiller-McGraw was important to the Cyclones staying in the contest early on. The freshman finished with 12 points on 5-of-11 shooting.

Adriana Camber had her best game of the season, as the Swedish senior posted a season-best 10 points via three 3-pointers.

Up Next
Iowa State returns to action next Monday, Dec. 30, to take on North Alabama. Tip between the Cyclones and Lions will be at 6:30 p.m. inside Hilton Coliseum.