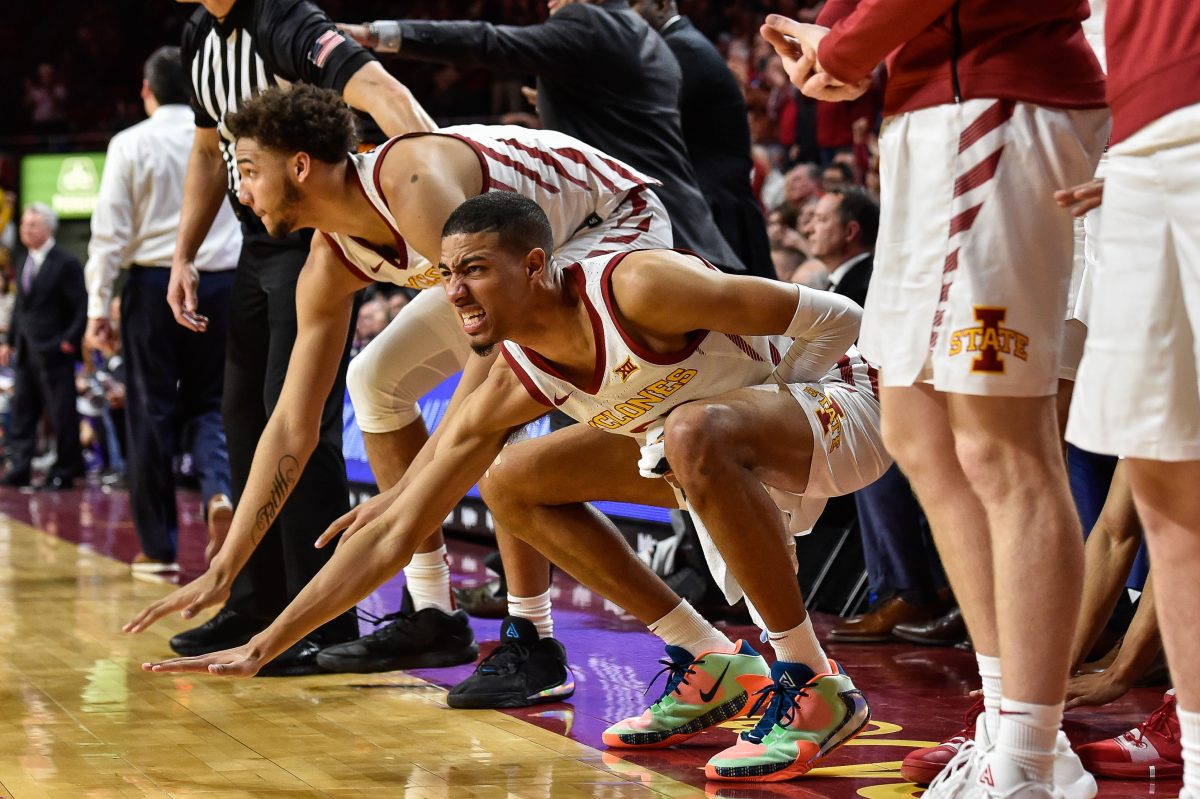 As he should have. He needs to step up. Everybody does. In the wake of star sophomore guard Tyrese Haliburton’s season-ending left wrist fracture, roles and responsibilities expand accordingly for everyone on the Cyclones’ roster.

“I feel like everybody kind of knows that he’s more ready,” said Bolton, the Cyclones’ leading scorer and new primary point guard. “Got to be ready for the opportunity now.”

ISU, which faces Oklahoma (15-8, 5-5 Big 12) at 8 p.m. Wednesday on ESPN2, merges those long-odds opportunities with deep despair in the wake of the Haliburton injury news.

The Cyclones (10-13, 3-7) are mired in their second losing season in the past three years, but dwelling on the bad luck does them no good.

Bolton is now the main man at the point of attack. Everyone else in the rotation will see extended minutes, as well. Eight games remain in the Big 12 regular season and somehow ISU must carve out a niche for itself without its leading scorer.

Tough times abound, but Haliburton’s with them on the sidelines, if not on the court.

“I think just because I’m physically hurt doesn’t mean mentally or emotionally I’m still not invested in this,” said Haliburton, who was averaging 15 points, 5.9 rebounds and a Big 12-best 6.5 assists per game. “I’m still going to be here. Although I can’t be on the court I’ll do whatever I can, whether that’s being a coach on the sideline, or a cheerleader or whatever, I can do it and help my guys.”

Whether coaching or playing, help is needed when it comes to facing the Sooners, who unlike the Cyclones, find themselves on the NCAA Tournament field’s bubble despite a setback to ISU earlier this season.

The Cyclones built a 26-point lead in Ames before recording an 81-68 win over Oklahoma last month at Hilton Coliseum. Haliburton was a big reason why, with 15 points and eight assists.

“(He’s) about all the right things,” ISU coach Steve Prohm said. “Awesome kid to coach. Awesome family. Spent a lot of time with him last night, visiting with him and his family. I hate it for him. Obviously he will be really missed but he’ll be around the team on a daily basis giving great energy, giving great support; helping teach, helping coach, helping encourage and we’ll go forward from here.”

What that means precisely against the Sooners — who have won two of their past three games after an uneven start — is uncertain, but as Haliburton’s nearly 40 minutes per game disappear, opportunities abound for Bolton and his teammates, especially those who share the backcourt.

“Everybody steps up,” Bolton said.

That’s the hope. The reality is undetermined. Everyone’s hurting, but Haliburton’s determined to be an enthusiastic motivator despite the early end to his season — and perhaps his ISU career.

“Hopefully it frees things up and our guys play with great confidence,” Prohm said of the new distribution of minutes and freshly-assigned roles. “The great thing about it is Tyrese is going to be the biggest encourager. That’s the coolest thing. … It just needs to be the next challenge in Oklahoma and that’s our focus.”

It is for Bolton, who hasn’t starred in assist-to-turnover ratio like Haliburton, but has shown the ability to put the team on his back in terms of scoring the basketball, whether driving to the rim or squaring up from the 3-point line.