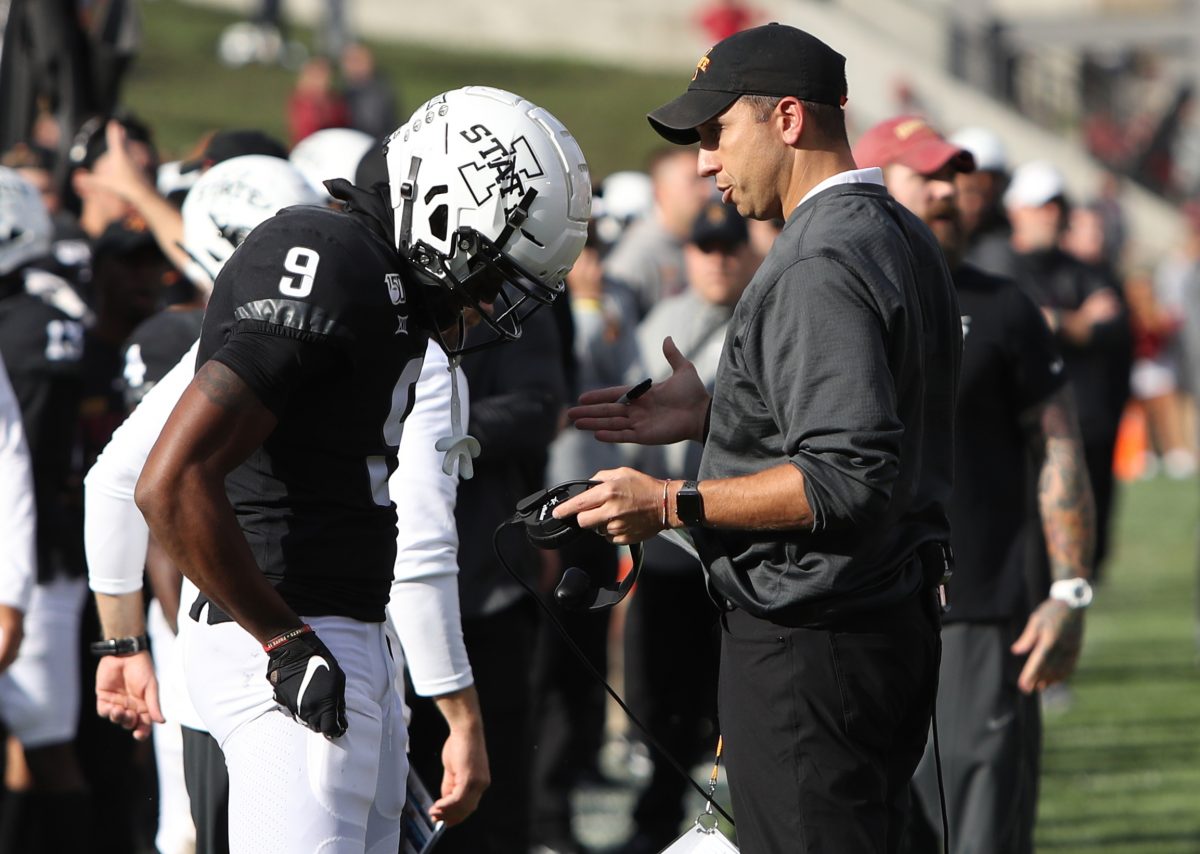 AMES — Sustained success does not spring from smoke and mirrors.

Or tossing the dice in hopes of rolling up quick fixes, shortcuts and standards built on shifting sand.

That’s what Iowa State’s fourth-year head football coach Matt Campbell learned in his days playing for — and coaching under — College Football Hall of Famer Larry Kehres at Mount Union.  The Purple Raiders have won a staggering 18 Division III football titles and Kehres’ coaching tree would resemble a mighty Oak if it were to be replicated in nature.

But Saturday when the Cyclones prepare to try to topple No. 9 Oklahoma at 7 p.m. in Norman (FOX), another sturdy limb from Kehres’s tree will stand in the way. The Sooners’ first-year defensive coordinator, Alex Grinch, played with Campbell at Mount Union and unsurprisingly approaches football precisely the same way.

With unbridled love. Passion. A fervent devotion to the most minute details.

“He was really serious,” Campbell said of Grinch, who was one class ahead of him. “It was really important to him. He was a great leader in the program and he was a guy who really studied the nuances of football.”

So, of course, does Campbell.

Reshape a few unfortunate nuances from tense moments this season and the Cyclones (6-3, 3-2 Big 12) could be strutting into Norman with a far better record. But the Sooners (7-1, 4-1) also treaded into what-if territory after a head scratching 48-41 road loss two weeks ago to surging Kansas State. Oklahoma outgained the Wildcats by 71 yards that day, but lost the turnover battle, 2-0. ISU endured similar struggles the same Saturday in a 34-27 upset loss at home to Oklahoma State. The Cyclones were also minus-two — and outgained the Cowboys by 66 yards.

So, unlike two years ago, when Kyle Kempt-led ISU stunned the Sooners, 38-31, in Norman, both teams enter Saturday more alike than they are different: Good enough to win every game, but not elite enough to overcome self-inflicted nicks and scrapes.

“We’ve played eight games and this football team has looked the same in all eight football games and almost every situation they’ve been in. They really play hard, they really compete and when we have great detail, we’re a really good football team,” Campbell said of his Cyclones, who are 14.5-point underdogs against the Sooners. “And when our detail lacks for a play or a quarter, gosh, we’ve really struggled. That’s those margins I talk about at Iowa State. That’s not going to change.”

How to stretch those margins, or avoid being swallowed up by them?

By loving football so much that living within them every day — in each moment of practice, even — becomes paramount. It’s one of the reasons Mount Union’s been so successful under Kehres and his son, Vince, who has led the Purple Raiders to their last seven titles.

“The one common denominator that I’ve always believed is you have to love football,” Campbell said. “You have to love going every day and getting better at the sport of football. The one common thread that coach Kehres was able to get in recruiting was young men that loved the sport of football. To be able to nurture that as players and then so many of those players wanting to go into coaching. To be honest, some of the best coaches are the high school coaches that decided to forgo coaching collegiately or at the professional ranks.

“Some of those guys are the best coaches of his tree and they’re having incredible careers whether it’s in the state of Ohio, Michigan or Pennsylvania. They’re doing unbelievable things. It’s a huge credit to coach Kehres and I think we would all say we wouldn’t be here without him and his discipline and his detail and pushing us and guiding us through it all. He’s a really special person.”

Kehres — now the athletic director at Mount Union — told The Oklahoman that Campbell and Grinch both possessed attributes that foreshadowed success in their respective roles donning headsets instead of helmets.

“I don’t think there was any doubt whatsoever in anyone’s mind that Matt Campbell (and) Alex Grinch were going to be successful,” Kehres said. “If they decided to coach football.”

So here they are. Former teammates cut from the same cloth. Rivals on a prime time stage, but more excited by what happens behind the scenes to get to game day.

“I think if you didn’t love football there, you stood out like a sore thumb,” Manning said. “Just the way that (Kehres) treated the players and treated the coaches and the way that he always tried to groom people — and he still constantly does. He called me this week. Just kind of wanted to shoot it a little bit and talk about what other coach maybe we played with, what they were doing and those kinds of things. So certainly, he’s incredible.”

Kehres’s impact on Campbell shows in how he teaches his players. His past meets his favorite place — “the moment” — and burrows into the little things that turn potential into a nearly-finished product.

“You can see it in the way he coaches,” ISU senior linebacker Marcel Spears Jr. said. “And you can see the discipline, you know, what he preaches — and when his coach (Kehres) came down and talked to us, you could see where he gets that from.” 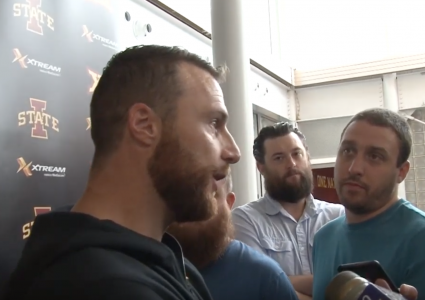