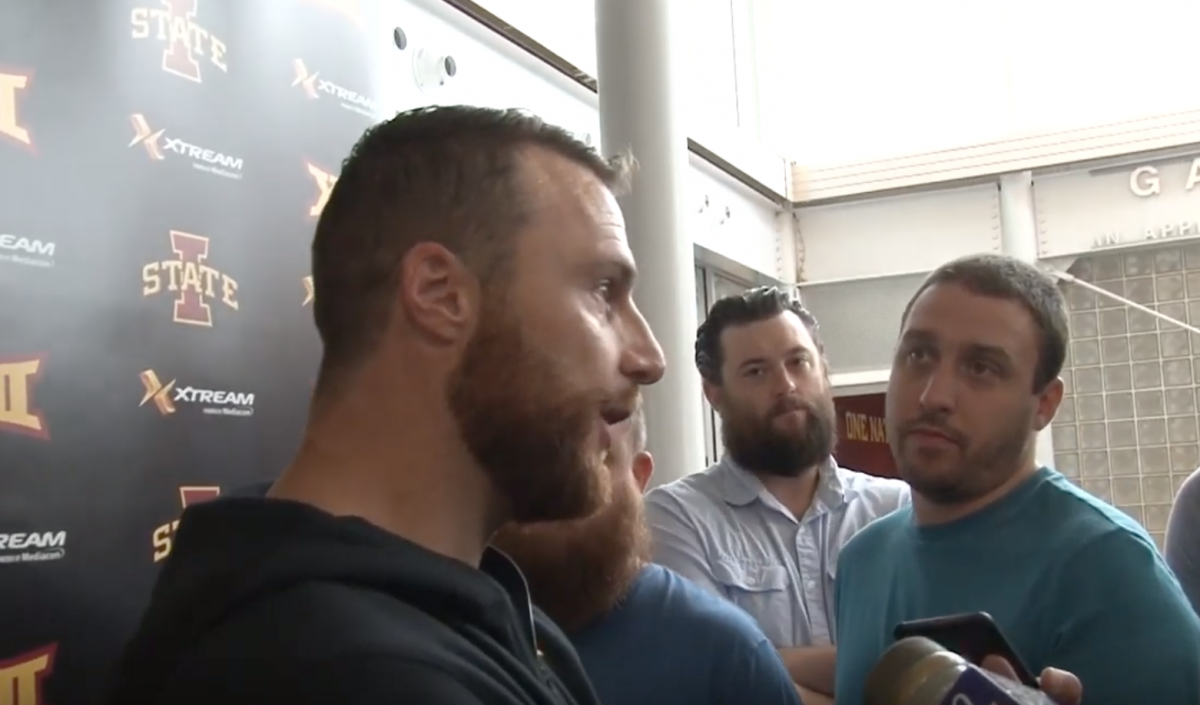 Campbell — then a senior at Division III Mount Union in 2002 — knew what the defense faced, from week to week and play to play.

Caponi, then a junior linebacker for the Purple Raiders, marveled at Campbell’s seemingly all-encompassing grasp of the game.

“Obviously he was a really, really good football player,” said Caponi, who joined his former teammate at Iowa State in February as the Cyclones’ cornerbacks coach. “Smart. Defensive end. (He) would call plays out before the offense would snap the ball, so I kind of knew (coaching) was in his future and when he came back (to coach at Mount Union) in 2005, just seeing how he installed the offense, I think, at that point in time opened up to more of a spread offense at Mount Union and that was his. Coach (Larry) Kehres let him run it and just seeing him do that — and we obviously won the national championship that year. I could just see that was what he was gonna do. This is what he was built to do and he obviously got his opportunity and made the most of it and continued to rise in the profession. He’s done a great job.”

So has Caponi in his capacity as cornerbacks coach with the Cyclones. Adding him to the staff allowed defensive coordinator Jon Heacock to focus solely on his group writ large and shifted assistant coach D.K. McDonald to leading the safeties.

“He’s done a good job,” said Heacock, whose defense led the Big 12 in several categories last season. “He’s coaching a lot of young guys and I think he has some patience. He doesn’t have a lot of patience, which, kind of is what I’m like, so that’s OK. I just think he’s got a lot of experience. He can coach all those positions back there and just has added to our staff and (he) came in and listens; kind of joins in when he can. I just think it’s been a great addition to our staff on defense, for sure.”

“It’s been great,” said Caponi, who coached defensive backs at West Virginia the past three seasons. “It’s been really good just to have something in common with those guys that we can talk about. They say that’s where you build your relationships, in college. That just shows the fact that all of us went our separate ways at first and have somewhat stayed in communication with each other and finally had the opportunity to come and be back with those guys. It had been a while, but it’s really good to have that bond, that tie with those guys.”

He’s quickly bonded with his young corners, as well. Talented sophomores Anthony Johnson and Datrone Young lead the group, but a slew of even younger players are pressing for playing time, as well — either at corner or on special teams.

“Everybody’s still saying that we’re a young position group,” Caponi said. “So I challenged some of those guys to increase their role and build on what they did from spring ball and I’ve been pretty happy with the development of the younger guys. Obviously behind (Johnson and Young), Amechie Walker has had a pretty good camp. Tayvonn Kyle’s had a pretty good camp. Jaeveyon Morton’s had a good camp. There really hasn’t been one guy that’s been disappointing, so I think we’re continuing to build some depth behind those guys because we know, especially in this conference, it’s tough to play 80 snaps a game.”

Transitioning from Morgantown to Ames could have been tough for Caponi, his wife Kathleen, and 18-month-old son, Salvatore. But it wasn’t. Iowa State’s families ensured the move would be smooth and supportive.

“I think the thing that helped out the most is when I had the opportunity to come on board, a lot of the wives reached out to Kathleen, my wife, and it kind of gave her that comfort zone,” Caponi said. “We’re both from Pittsburgh and being so close in Morgantown to Pittsburgh, families could come visit, so I think she needed that comfort, you know what I mean? She understands the profession. Things can change and you move, but that just shows you the culture that nobody had to do that, but, ‘Hey, just anything you need, We’ll be more than happy to help,’ that obviously made the transition a lot easier for her to come out and everything. They say it’s about the people and there’s nothing but good people here.”

“He’s a nice guy,” Johnson said. “I like the methods that he’s teaching us. A real good coach.”

What that means for ISU’s corners hinges on Johnson’s and Young’s leadership, which they’ve taken seriously despite their relatively young ages.

What it’s meant for the staff is apparent — and Caponi’s enjoying his new perch within Campbell’s burgeoning program rather than trying to gameplan against it.

“(I) obviously had been following everything he did at Toledo and seeing the change in the culture from the outside at West Virginia the last three years,” Caponi said. “Getting there the same time coach got here and seeing the change in the program, that kind of opened my eyes to see how he was changing the program and I was excited to help him continue to do that.”

So when former Mountaineers’ head coach Dana Holgorsen bolted for Houston, Caponi reconnected with his former Mount Union teammate. The guy he knew would one day lead a successful program. They guy he’d watch dissect opposing offenses at the line of scrimmage, week in and week out.

“I thought it was kind of a no-brainer,” he said. “And just obviously trying to help this program, I was very grateful for this opportunity to come in and just try to continue to build the program. It was something I couldn’t pass up.” 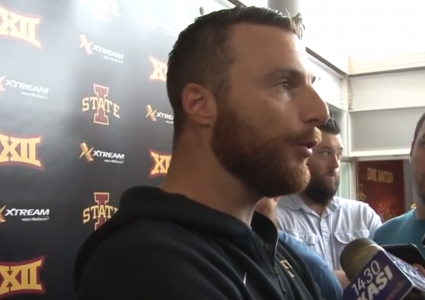 CFTV: Caponi on young cornerback’s growth during the offseason

GRAY: Fastest ISU team in Coach Matt Campbell era must be the smartest one, too 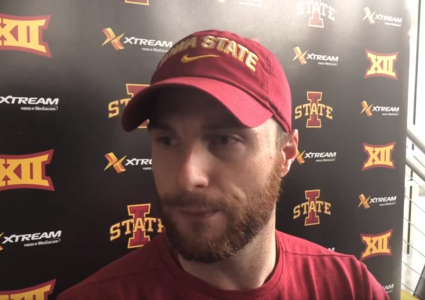