Obviously, the hope is the team improved during its first three official practices of the 2019-20 season, but that’s not what I am talking about. The ceiling for Steve Prohm‘s program in his fifth season at the helm was raised last Tuesday when it was announced Penn State transfer Rasir Bolton will be eligible to play for the Cyclones this winter.

The immediate addition of the Petersburg, Va. native is a shot in the arm to an Iowa State program that lost almost 83 percent of its scoring off of last year’s Big 12 Tournament championship team.

“It just gives us another opportunity on the perimeter, obviously, first, to get depth, but he can play some (at the) one if we need to put Tyrese at a couple of different positions offensively on the perimeter, we can do that. It gives us a lot more versatility,” Prohm said on Monday before the Cyclones’ fourth practice of the year. “I think he gives a big scoring punch. He’s really good from three, but he can score off the dribble, he can put pressure on the paint, can get paint touches, but he’s a good player. We’re really excited about that.”

Bolton, who averaged 11.6 points per game last season as a true freshman in State College, joins sophomore sensation Tyrese Haliburton and Prentiss Nixon, fresh off his sit-out year after transferring from Colorado State, to form what could become one of the most underrated backcourts in not just the Big 12, but all of college basketball.

The 6-foot-2 sophomore will be a big reason why this year’s Iowa State team will look decidedly different than its predecessor.

Last year’s team was among the most talented in the country, capable of beating anyone on any given night behind NBA talents Marial Shayok, Talen Horton-Tucker and company. But, it was also a team marred by egos that failed to come together to reach its full potential — outside of one remarkable run through three games in Kansas City.

This year, behind their three-headed backcourt of guards that are consistently described as tough, the Cyclones are expected to be built on selflessness, defensive intensity and grit. Much like the wiry 6-foot-5 point guard from Oshkosh who burst onto the scene as a freshman in Ames and has garnered national attention after helping the USA U-19 team win a gold medal this summer.

“Last year I felt like offensively we were really gifted. We had a lot of guys who could put the ball in the hoop. We still do, I just think last year you had pros. You had the Marial Shayok’s, the Talen Horton-Tucker’s. We still have to see what we have from this group,” Haliburton said. “I know we can score at a high-level. Experts probably don’t think that, but I think we can. I think we will be better defensively and we’ll rebound better. We have guys who want to defend more than we did last year. I’m looking forward to it.”

You better believe junior forward Solomon Young is looking forward to it. After a pair of injury-riddled years that shortened each of his last two seasons, the Sacramento native is finally back to full strength, really, for the first time since his freshman season that saw the Cyclones — led by Monte Morris, Deonte Burton, Naz Mitrou-Long and Matt Thomas — hoist the trophy in Kansas City then come just short of a trip to the Sweet Sixteen.

Young, alongside senior Michael Jacobson and sophomore George Conditt, give Iowa State perhaps its deepest and most talented frontcourt of the Prohm era. The trio will be especially crucial with the Cyclones expected to be playing smaller than they have previously in the frontcourt.

“He’s looking really good. I didn’t really get too much of a view of him last year because he kind of got hurt right as soon as practice started. I got to see him all summer, but it’s different when you’re playing three hours, two and a half hours a day with practice,” Haliburton said of Young. “I’ve been really getting into a lot more film watching that team with Monte when Solo was a freshman and how active he was. Seeing him now, seeing the role he has here, I watched him when I was a senior committed here, I can see that he looks better. He’s playing really hard. He’s in the gym a lot. I think Solo’s going to be a big piece for us.”

There is no doubt this year’s edition of the Cyclones comes without the ceiling last year’s team did. Last year’s team was talented enough to beat any team in the country and looked like a national championship contender on individual nights.

With that said, this year’s team appears to be shaping up to have a considerably higher floor. They are dedicated to defending the basket just as much as they are putting the ball into it. They seem set not fall into the same ball-stopping traps that came with a team largely full of isolation players.

Most of all, they seem to be united with one common goal. 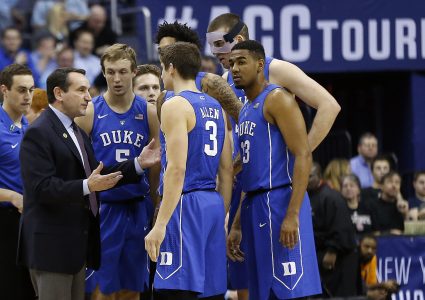 STANZ: Five thoughts before the (official) start of college hoops 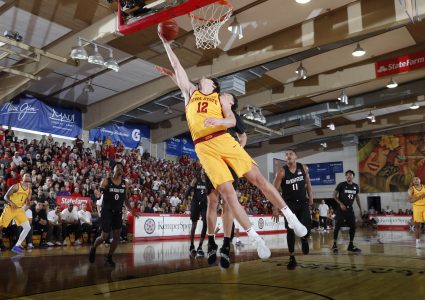