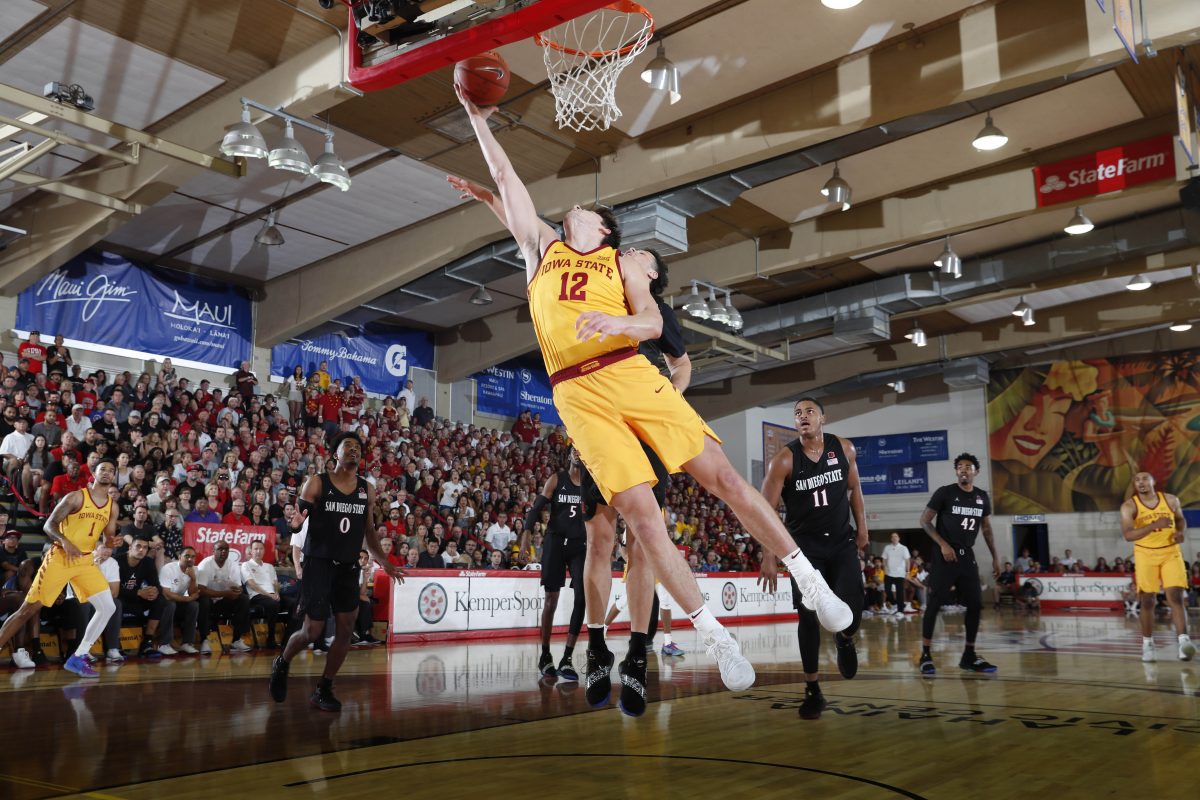 AMES – Cameron Lard and Zoran Talley are not tasked with reinventing the wheel.

The Cyclones’ star sophomore center and fifth-year senior wing returned from their month-long suspension on Monday in Iowa State’s 81-59 win over North Dakota State. Neither of them made a huge mark on the victory, but how can you expect them to after the way Steve Prohm’s shortened eight-man rotation played during the month of November?

Few people, if anybody, expected Iowa State to be 7-1 entering a Thursday night tilt with the rival Iowa Hawkeyes. This team has established an identity through eight games and there is no reason to put it in jeopardy regardless of how many points Lard scored down-low last season or how many minutes Talley has played in his college career.

“It’s just going to be a process coming back. They’ve missed a month of the season and because of that guys have established identities and established roles,” Prohm said after the win. “I told them, whether it’s five minutes, 10 minutes, Zoran played 16, Cam played 10, whatever it may be, do you max those minutes out? If you max those minutes out, then we can trust you as we continue to go forward. I feel good with a lot of those guys, what they’re bringing to the table right now that we have in those first seven or eight guys so it may be a gradual process of working their way back in. That’s just to be expected, I think.”

Lard, the 6-foot-9 preseason honorable mention All-Big 12 selection, quickly announced his return to the court when he blocked a pair of Bison shots on one possession then capped it with an assist for a 3-pointer on the other end. On the night, he scored two points on 1-of-3 shooting, blocked those two shots, grabbed one rebound and dished the one assist.

It is going to take time for Lard to return to the form we grew accustomed to last season. He solidified himself as one of the best young big men in the country and was arguably the most dominant low-post scorer in the league at times.

“It was my first game back. Just glad to be back out there, get into the rotation, get a feel for the new team,” Lard said. “It’s a different team from last year so just getting out there and getting into the rotation was good.”

CFTV: See what Cam Lard had to say after the first game of his sophomore season. Lard had 2 points, 2 blocks and a rebound in 10 minutes tonight. #Cyclones pic.twitter.com/LXxX6CHfsD

Unfortunately for him, he is tasked with battling for minutes in a way he never had to face last season. Nebraska transfer Michael Jacobson scored 15 points on 5-of-9 shooting and grabbed 10 rebounds against the Bison, continuing his better than solid start to the season.

Jacobson’s start to the year somewhat personifies the way this entire Iowa State team has played so far. Nobody outside of the program expected the Waukee native to be this good this fast for the Cyclones.

Sure, he was a productive player while playing a boatload of minutes for the Huskers in his first two seasons, but he has played like an All-Big 12 type guy through eight games. He is playing in a way that makes it really hard to justify taking him off the court, let alone out of the starting lineup.

“I’d be lying to you if I said, I’ll say this, he’s been better from an offensive standpoint of stretching the defense, playing in pick and roll, 15-17 foot, those types of things,” Prohm said. “He hasn’t surprised me in character and toughness and energy, being about the right things. I knew we were getting that. He’s done a great job in his sit-out year in really gaining confidence in his jump shot and playing in pick and roll and really just playing free.”

This Iowa State team plays a really fun brand of basketball. When is the last time we saw a Cyclone squad consistently get off to quick starts?

This one does. They were up 20-8 on Monday seemingly before you could register the game had started.

CFTV: Zoran Talley talks about his first outing this season. Talley had 4 points and 2 assists in 16 minutes tonight. #Cyclones pic.twitter.com/TT27npAecB

They play with tempo and have guys who are capable of putting the ball in the hole, like Marial Shayok (20 points on 9-of-15 shooting) and Talen Horton-Tucker (12 points on 5-of-16 shooting). The Cyclones no longer will have to rely on big performances from Lard or sophomore guard Lindell Wigginton, once he returns from a foot injury later this month like they constantly did last season.

“At the end of the day, we all knew what we had to do in order for this program to be successful. We all bought into that,” Lard said. “With me and Zoran having to miss those games, they knew they had to step up and do what they had to do and that’s what they did. They’re just trying to get the feel for getting comfortable with me and Zoran in their rotation. That’s what we’re doing. That’s what we’re getting better at.”

Both players have the potential to make Iowa State better this season. We will find out more about how soon they can do it when the team rolls into Carver-Hawkeye Arena on Thursday to face an Iowa team coming off back-to-back Big 10 losses after they were blown out at Michigan State on Monday.

We are going to be forced into having a similar conversation once Solomon Young and Lindell Wigginton return from their injuries. It is a good problem to have, especially after the talent devoid roster Prohm had to work with last season.

How badly each of these guys wants to play, will be exhibited by how quickly they buy into the Cyclones’ winning formula.

“I’m not planning on changing too much,” Prohm said. “I feel good about the way we’re playing, our style of play… I wasn’t planning on a lot of big changes. I like how we’re playing on both ends of the floor.” 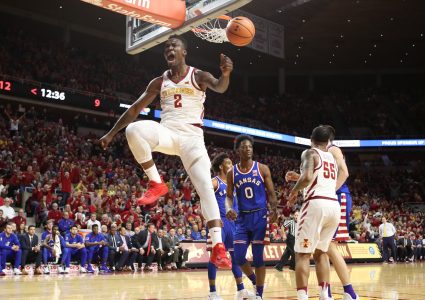 STANZ: They’ve got to throw it in there 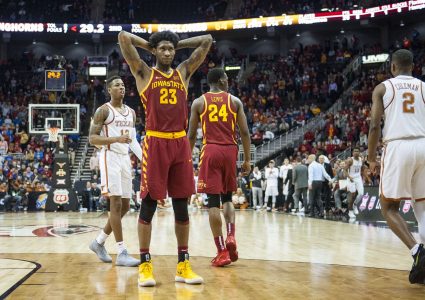