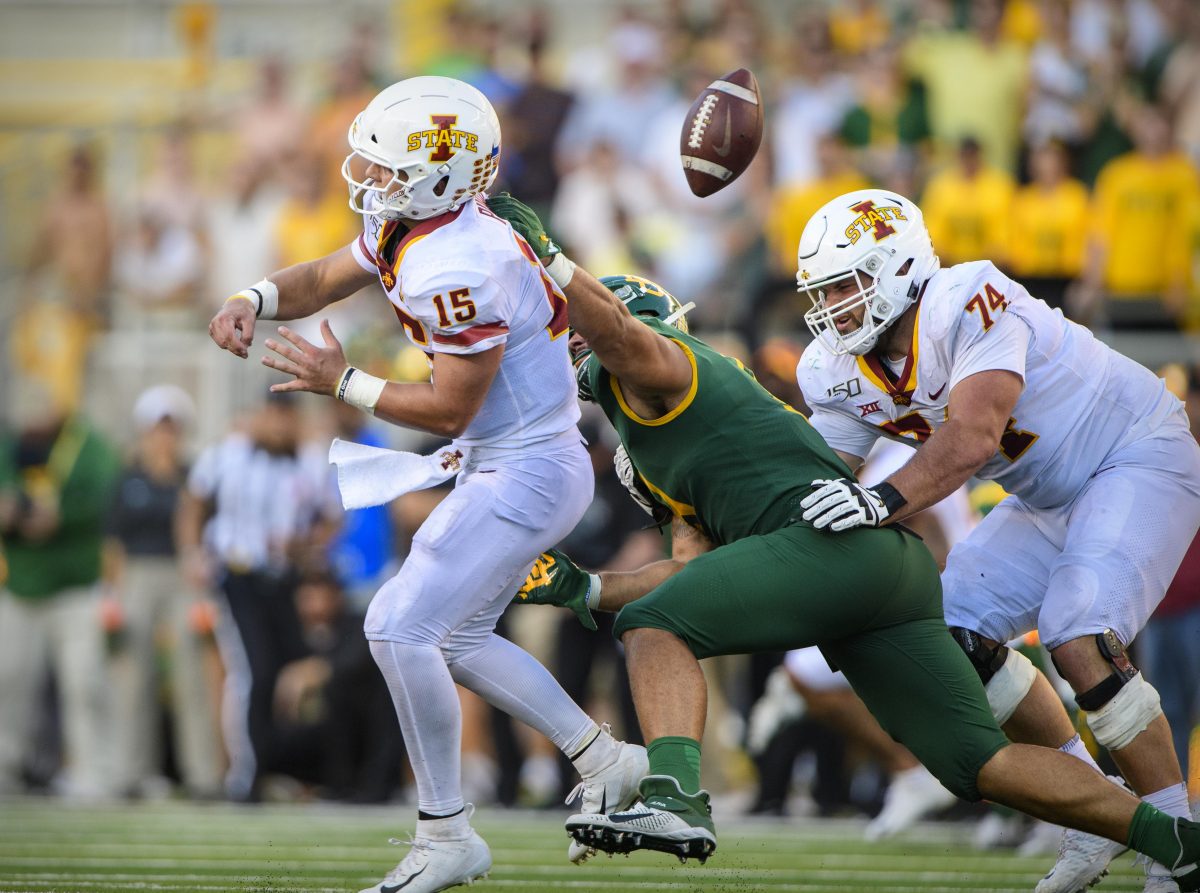 We can analyze individual performances and nitpick all we want, but there is one stat that accurately points to why Iowa State is 2-2 heading into the month of October instead of 4-0.

After four games, the Cyclones are ranked 113th nationally in turnover margin.

That’s it. Two losses by a combined three points. Don’t turn the ball over, win the games. Simple as that.

With that said, I’ll now dive a little more closer into Saturday’s 23-21 Cyclone loss to Baylor.

I am like all of you – proud of that comeback on the road in brutal heat. That took perseverance and unlike, say, Washington State, this Iowa State team has a lot of character, which leaves me incredibly encouraged for the rest of the season.

My head hit the pillow on Saturday night deeply frustrated though, because Iowa State gave away a big opportunity in this one. I give Baylor a lot of credit. Matt Rhule’s Bears have talked a lot about improved toughness during the offseason and in my mind, they backed that up on Saturday. Baylor was the more aggressive football team and is much better defensively than I anticipated they would be. So props to Baylor.

But the Cyclones didn’t play well for three quarters and still almost had a chance to win the game at the end, on the road against a team that is 4-0 heading into October.

Missed. Opportunity. I don’t care how anyone wants to spin it. That one hurt.

Takeaways from the loss…

The little things: I already touched on turnover margin, but here are a few other crucial stats to pay close attention to heading into October, where Matt Campbell’s teams are 7-0 over the course of the last two seasons.

— Iowa State is ranked 124th nationally giving up an average of eight third-down conversions per game. Opponents are converting on 45.2 percent of third down tries against the Cyclones, which ranks Iowa State 95th nationally. For reference, Wisconsin leads America in this category at 15.52 percent with Kansas State coming in second at 21.05 percent.

— Kicker Connor Assalley has been ok this season at 7-of-10, but missed two field goals on the road in a Big 12 game against nearly a dead-even team. Can’t happen. The margins are too small. Again, two losses by a combined three points. Iowa State has to be better not only in the kicking game, but all around on special teams.

— Iowa State currently only averages 28.0 rushing attempts per game, the 122nd lowest mark in America. The offense has become quite one-dimensional and while the yards per play stat is still very high (fifth nationally), execution continues to be an issue. One thing to note is that I’m not sure if this is by design or if Brock Purdy is making some wrong decisions when it comes to run-pass options (RPO). If I could be critical of Purdy at all this season, it seems to me like he has missed a handful of opportunities to hand the football off when space is there for his running backs.

Brock Purdy: Iowa State’s sophomore quarterback reminds me so much of Brett Favre. Now granted, No. 4 only played for my Minnesota Vikings for a few seasons but it was enough to leave a mark on my soul…

Like Favre, Purdy has a gunslinger’s mentality. He’s tough as a cheap steak and wants the ball in crucial situations. Purdy, a true sophomore who was voted team captain by his teammates, is a natural born leader and one of the most competitive humans to ever put on an Iowa State uniform. That’s all really good.

But he also will attempt throws that make you go, “what?!?!.”

The fact of the matter though is that I want a guy like Brock Purdy to go to war with. It’s very Favre-like. His ability to put three bad quarters of football behind him yesterday (maybe the worst of his career in Ames), snap out of it and look like an All-American in the fourth, was special. Brock Purdy is special and I am so glad that he’s “the man” in Ames.

The offensive line: It was evident in Waco that Iowa State needs to get Colin Newell back. I believe this was accentuated against Baylor due to the heat. Big men need relief in spots like that, but after watching the game a second time, Bryce Meeker (RT) and Collin Olson (C) probably had their worst games of the season against Baylor’s three-man front. Baylor’s three-man front did to Iowa State what Iowa State has done to so many Big 12 teams over the last two seasons … that’s apply real pressure with three, drop eight and make life hell on a quarterback (especially when you can’t run the ball).

So if and when Newell comes back, where to you go from here?

I would love to see Olson stay at center, put Newell at guard and move Josh Knipfel out to right tackle. I don’t look at this as a benching of Bryce Meeker, but a chance to make him better by cutting back on his snaps.

The running back situation: Yeah, I don’t really know what is going on here. The only thing I do know is that somebody needs to step up for this offense to really become the consistent group that it needs to be to achieve some of these goals Iowa State has in front of it in the Big 12.

Here’s how I view the situation:

Sheldon Croney is the safe play. He is easily the best pass protector in the room but averages only 3.1 yards per carry. The floor of the offense is higher when he is on the field but the ceiling is likely the lowest.

Kene Nwangwu has been the most productive back on the team this season but can’t seem to stay healthy.

Johnnie Lang had the best game of his career on Saturday … hopefully there is more of that to come.

One of the freshmen – Jirehl Brock or Breece Hall – have to step up for this running game to excel. I really thought that we would see one of or both of them on Saturday in Waco. We saw Brock for a brief moment but he didn’t get a carry. Was Campbell simply not wanting to put a true freshman in a bad spot on the road?

No clue. But the lack of production at this spot four games into the season is a glaring concern with TCU’s stout defense coming to town next Saturday.

The defense: I find it difficult to be hard on this group. Time and time again, Iowa State’s defense has stepped up only to not be rewarded by points on the other end with the offense. Especially in a game like yesterday – with the heat – the offense always has an advantage over the D.

That doesn’t mean this group can’t grow though, hence the lack of turnover creation and glaring issues on third down.

We will find out in the coming days how badly JaQuan Bailey was hurt in the second quarter. The fact that he did not return and that Matt Campbell said after the game that he needed x-rays, I am concerned to state the obvious.

Let’s say worst-case scenario, Bailey is out for an extended period of time. Could Iowa State actually use this as an opportunity to change things up a smidge on defense?

I like what we have seen when the Cyclones have shown a four-man front. Is more of a 4-2-5 look an option?

I do think Jamahl Johnson needs to be on the field more. Good things always seem to happen when he is in the game.

I’m not as smart as Jon Heacock and will not pretend to be, but the Cyclones just aren’t getting the pressure with three men down that they once did.

What is Heacock’s next chess move? Is there one?

FINALLY: A side-story on Saturday was the heat in Waco, and the fact that it was 20-something degrees hotter on Iowa State’s sideline compared to Baylor’s.

End of the world? No.

Iowa State STILL should have won the game.

Matt Campbell was asked about this in his postgame press conference and his answer was absolutely perfect. 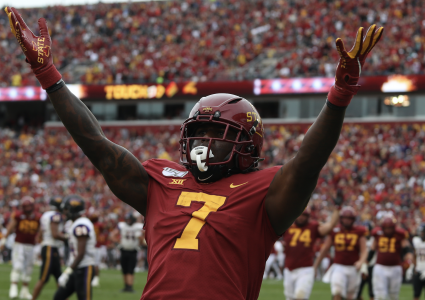