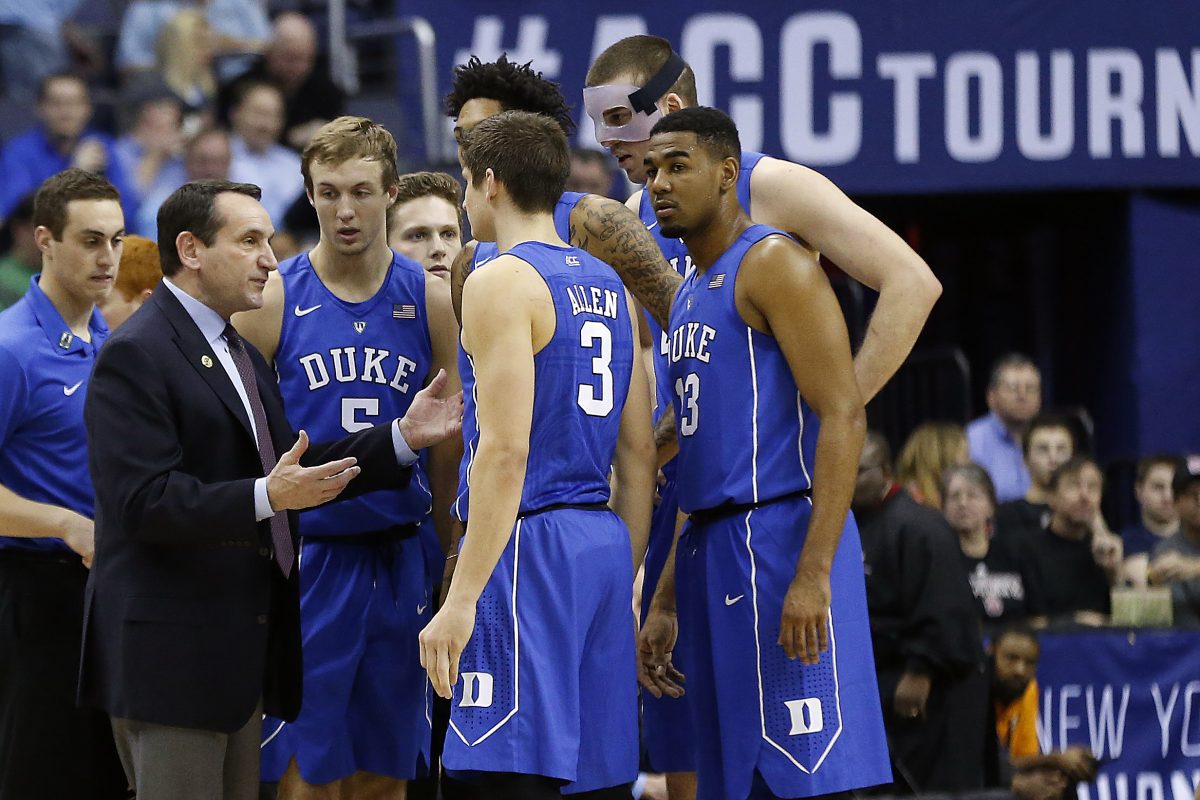 College basketball officially gets underway on Friday with a full slate of games headlined by the Armed Forces Classic in Hawaii. More on that in a second, but I had some thoughts (and predictions) I needed to get out before hoops really gets rolling.

That said, here are five thoughts before college basketball tips off on Friday.

1 — Iowa State’s commitment to defense will pan out

All preseason long, Steve Prohm has been harping on his desire for Iowa State to be a better defensive team. I think the emphasis Prohm and his staff put on the defensive end of the floor is going to pay dividends.

The Cyclones don’t need to play defense like Virginia, Little Rock or Texas Tech to be successful. They just need to be good enough to get three, four, maybe even five more stops than they did a season ago.

Iowa State and its loaded backcourt is going to be able to score against anybody. That much I’m certain about.

That said, they might not be able to score at the same pace they did last season, purely because they were really, really good on that end of the floor. Plus, losing one of the best scorers in school history will hurt a little bit whether we like to admit it or not.

I know it was just an exhibition, but it seemed like the Iowa State players were just more energized defensively against Sioux Falls. It seemed like they actually wanted to be playing defense. Keeping that energy will be crucial — especially if Prohm wants to put pressure on teams.

Tonight at 8, Kansas and Indiana will play in possibly the biggest game of the early college basketball slate. Anytime the No. 3 and No. 11 teams in the preseason AP Poll square off its going to be a big game, but it is made even bigger by the players playing in it.

This will be the debut for Kansas’ freshman phenom Josh Jackson, a candidate to be the top pick in the 2017 NBA Draft. Plus, veteran guards Frank Mason and Devonte’ Graham will start their campaign to be mentioned among the nation’s elite.

Add in the Hoosiers’ Thomas Bryant and OG Anunoby, two other likely lottery picks, and you get a whole lot of star power on opening night. I wouldn’t be a bit surprised if both of these teams were standing as conference champions in March.

I also wouldn’t be shocked if we got the non-conference game of the year on opening night.

3 — Oregon will fly under-the-radar, again, before making a run in March

The Ducks were possibly the most under-the-radar No. 1 seed I can ever remember. It doesn’t help that they play on the West Coast and all their games are on the Pac-12 Network.

It is really too bad we won’t get more of a chance to see Dana Altman’s squad this season because it is absolutely loaded.

They return four of five starters from last year’s team that made it to the Elite Eight, including AP Preseason All-American Dillon Brooks. Although, Brooks will start the season injured so the Ducks will have to rely on Chris Boucher, Jordan Bell, Casey Benson and Tyler Dorsey to get the ball rolling.

Add Villanova transfer Dylan Ennis, who missed all but two games last season, and you have a roster primed to make a deep run. I won’t be a bit surprised to see the Ducks in Phoenix in March.

In fact, I’ll pick them to be there.

4 — Gonzaga and St. Mary’s will play the best series of games this season

The Zags have to bounce back after losing a ton of talent to the pros, including Kyle Wiltjer and Domantas Sabonis, but Mark Few’s roster is still stocked. Josh Perkins is back to run the point as a sophomore and Przemek Karnowski will man the middle.

Most years, that team would be good enough to run away with the conference title.

But, most years the St. Mary’s Gaels don’t have a loaded backcourt like they do in 2016-17. Emmett Naar and Joe Rahon combine to make one of the best guard corps in college basketball and should be enough to get the Gaels back to the tournament for the first time since 2013.

The battle for the top in the WCC might be the best race in college basketball.

5 — Duke will be the one left standing at the end

I know, I know, inspired pick here picking the preseason No. 1 team to win the national championship, but hear me out. Duke is absolutely loaded this year after being a bit of a disappointment last season.

Coach K’s squad returns All-American Grayson Allen, plus starters Amile Jefferson and Matt Jones. Oh, and they added four five-star freshman to make the roster one of the deepest in college basketball.

Sure, stud freshman Harry Giles will sit out the start of the season after knee surgery. But, it sounds as though fellow rookie Jayson Tatum is the real deal — and he was just the second best player in the class some rated as the nation’s best.

I’m not saying Duke is going to run through its schedule and go undefeated. The ACC is too freaking good for that, but I do think they have the right mix of youth and veterans to be the best team in college basketball.

Here’s my final prediction: Allen finishes the season as the consensus national player of the year. The Blue Devils make a run to Phoenix alongside the Ducks, Villanova and Kentucky.