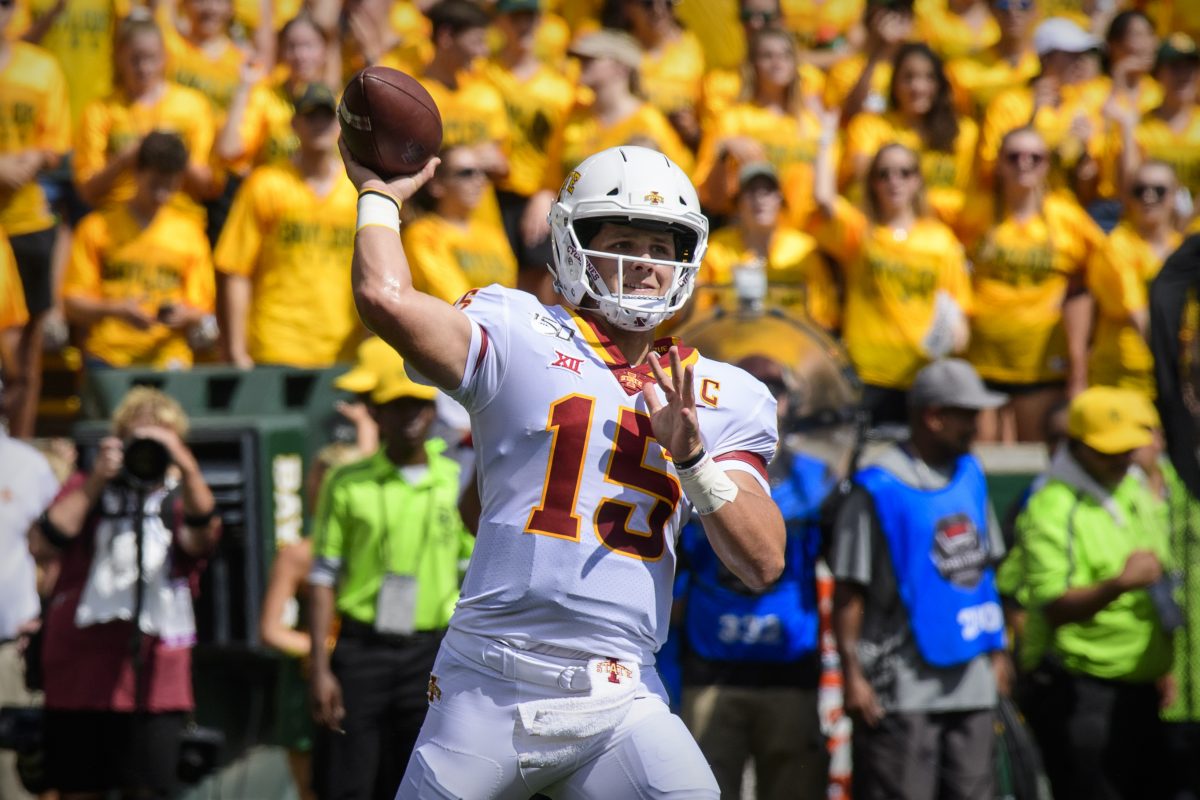 How can such a big comeback end up being too little, too late?

That — and how ISU dug itself a 20-0 hole Saturday at Baylor — will be one of many lingering, painful questions after a 23-21 Big 12 season-opening loss to the Bears at McLane Stadium.

The Cyclones (2-2, 0-1) scored touchdowns on three-straight fourth-quarter possessions to take a 21-20 lead with 3:45 left, but Baylor ate up the rest of the clock and made its first field goal of the season — a 38-yarder with 21 seconds left — to extinguish ISU’s comeback hopes.

“We did some of these things to ourselves,” Cyclones coach Matt Campbell said on the Cyclone Radio Network. “Put ourselves in a tough situation early and that really forced us to have to crawl back and our kids did. I thought we crawled back and gave ourselves a chance to win the football game at the end and every football game’s going to be different. You think, ‘Man, I want to get off to a great start.’ Well, every team wants to get off to a great start, but sometimes you don’t. You’ve got to have the character and the toughness and the team that’s going to be willing to fight back and I thought our kids fought.”

Cyclones quarterback Brock Purdy — who struggled most of the day— completed 25 of 47 passes for 342 yards, two touchdowns and one interception.

Johnnie Lang scored two touchdowns, one rushing and one receiving, for ISU and tight end Charlie Kolar stretched into the end zone for the go-ahead touchdown with 3:45 left.

Both teams had three sacks, but Baylor was able to put severe pressure on Purdy even with a 3-man rush at times.

The Cyclones’ defense, which forced five 3-and-outs and one 4-and-out, failed to force a turnover for the third time in four games and couldn’t come up with the big stop down the stretch.

“Brock, I thought, was incredible and defensively did a great job of giving ourselves a chance to win,” Campbell said. “Just came up a couple inches short at the end.”

“We ran out of time,” Campbell said. “Second time that’s happened to us, but you know what? We’ll go back to work and keep getting better.”

Ultimately, though, it was the unfinished drives in the first half that made the furious, but fruitless comeback necessary. The defense didn’t allow Baylor to score until Charlie Brewer hit Denzel Mims for a nine-yard touchdown with 58 seconds left in the first half.

The Cyclones answered by quickly driving to the Bears’ 32, but Connor Assalley’s 49-yard field goal attempt was blocked.

Baylor then scored a touchdown on its first possession of the second half and momentum remained with the home team until the final 15 minutes.

ISU went 3-and-out just once Saturday —pushing its season total in that category to two, but failed to turn moving the ball into denting the scoreboard until the fourth quarter.

“As long as we keep fighting, which I know the pulse and the character of this team, and if we keep putting our head down and just demanding to get better, sooner or later, the results that we’ll earn will come. But that’s what’s great about adversity and that’s what’s great about when things don’t go well is how do you respond? So it will be really interesting to watch this group come to work this week.” 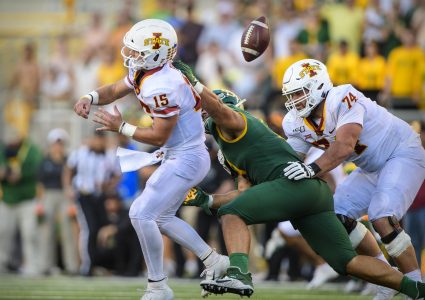 MONDAY MUSINGS: Takeaways, and where to go following Saturday’s loss to Baylor