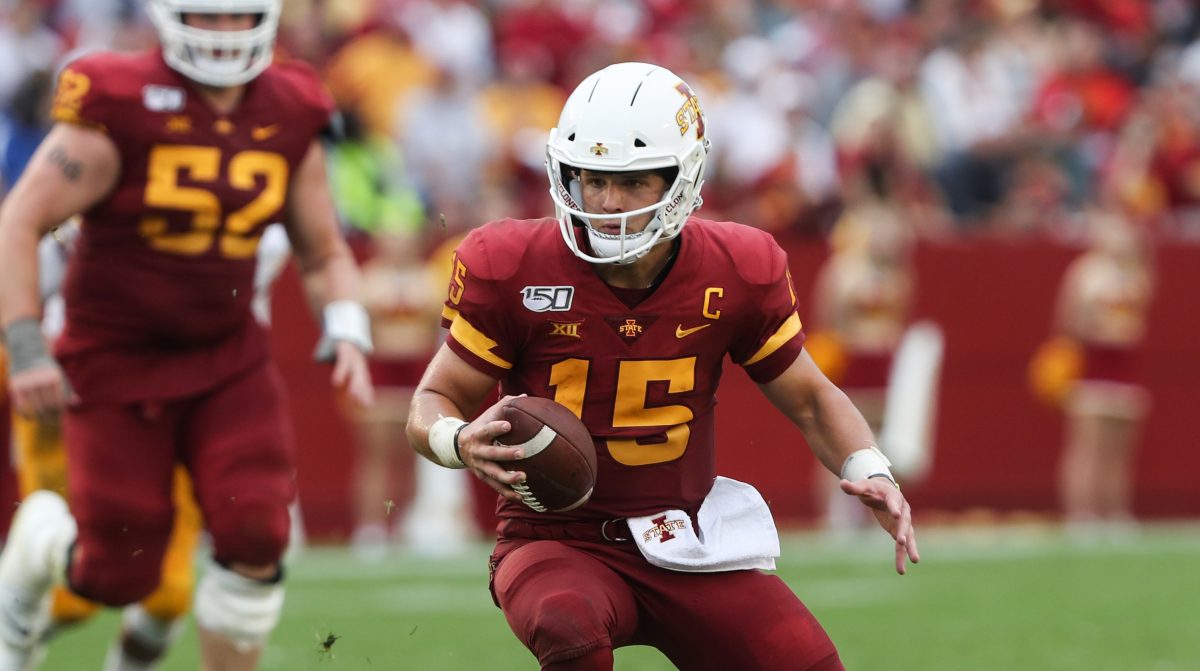 IRVING, Texas — Iowa State sophomore QB Brock Purdy was named the Big 12’s Offensive Player of the Week, announced today by the Big 12 Conference and selected by media who regularly cover the league.

A native of Gilbert, Ariz., Purdy had a record-setting day in Iowa State’s 72-20 victory over ULM on Saturday. Purdy broke the school record for total offense in a game (510), throwing for 435 yards and rushing for 75.

Purdy’s 510 yards of total offense is the fourth-best effort in FBS this season and his career-high 435 passing yards fell just five yards shy of the ISU school mark.

Purdy accounted for six touchdowns in the game (three rushing, three passing), tying the school record for touchdowns responsible in a game. He is the first player in Big 12 history to have over 400 yards passing with three rushing TDs and three passing TDs.

Purdy had touchdown strikes of 73 and 84 yards and did all of his damage in just three quarters.