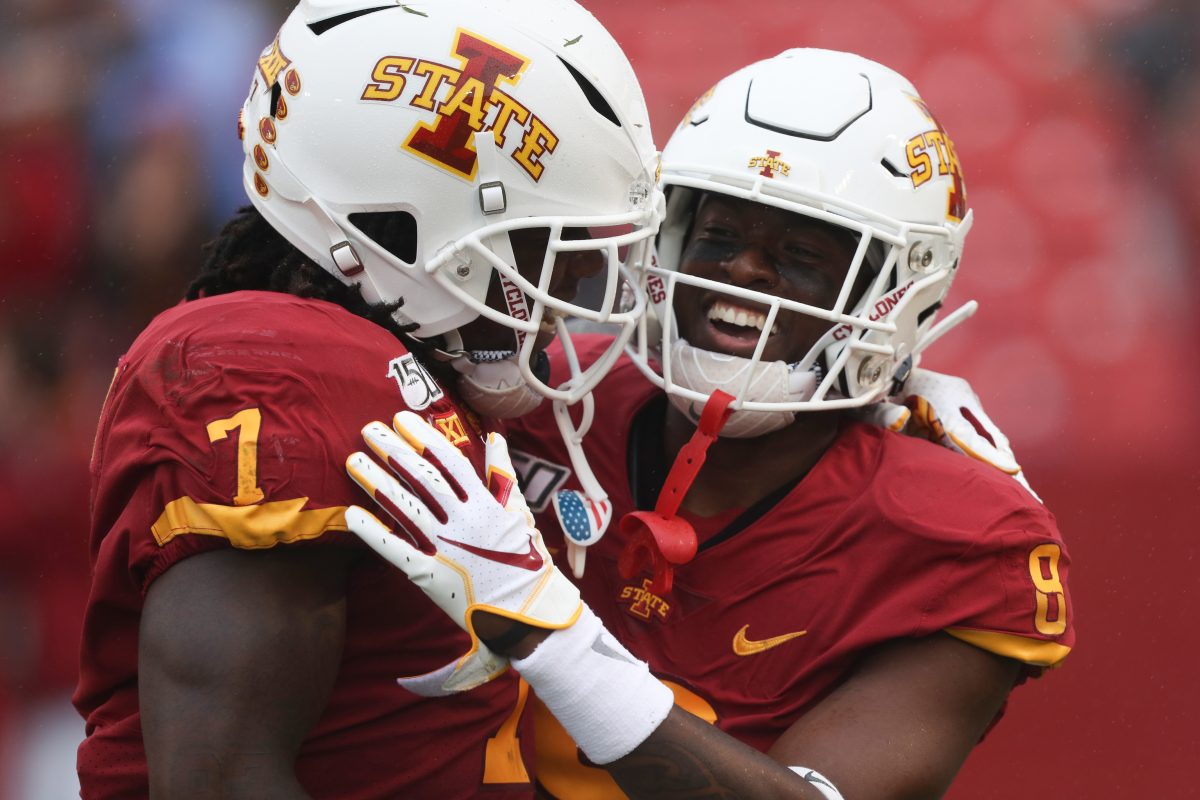 For the first time since, well, Seneca was roaming campus; Iowa State has a nationally competitive offense. This seems like a weird thing to say considering Iowa State just lost two transformational talents in David Montgomery and Hakeem Butler, but for the first time in well over a decade, Iowa State has the look of a team that has the firepower to keep up with the Big 12 juggernauts. The numbers back that up.

Through three games, Iowa State is averaging a staggering 7.71 yards per play and a very robust 531 yards per game. The 7.7 yards per play trails only the following teams in college football: Oklahoma, Washington State, Alabama, Georgia and LSU. Purdy good company indeed. Four of those five programs are currently in the top five in the polls.

Yes, defense still matters in college football, but in order to compete in today’s space and pace era of football, the offense has to be able to keep up if you want to be taken seriously. See Michigan and Michigan State as examples of what happens when offenses are stuck in the 1980s. For the first time in the Campbell era, Iowa State has the pieces to be nationally relevant.

“Slow down Blum,” you may be thinking. “Most of this damage was done against a Sun Belt team that looked like they wanted to be anywhere but soggy Ames in the second half.”

Very astute point, but if you have been paying attention over the last 12 months, this offense was on the verge of the breakout we saw on Saturday.

The pieces all started coming together when Brock Purdy entered in Stillwater last October. Before Purdy entered last season, Iowa State’s offense averaged a very anemic 4.7 yards per play. This put the Cyclones in the 100s nationally and was the reason Iowa State began the season 1-3 a year ago despite a defense that was salty to begin the year.

Purdy was the answer to the quarterback carousel we’ve seen in Ames. Prior to him taking the starting quarterback reigns, since 2010, Iowa State had averaged changing starting signal-callers every 5.7 games. That’s just wild and the reason Iowa State hasn’t been a nationally relevant offense since Facebook was invented.

Excluding the Drake game (which honestly never happened because it more closely resembled pigs flopping around in the muck instead of football), Purdy engineered the Cyclones to an average of 6.6 yards per play in his eight games at the helm in 2018. This number would have been in the top 15 nationally and third in the Big 12 if extrapolated over the whole season. It got lost in the outcome, but Iowa State had as much success as anyone against the Washington State defense in the Alamo Bowl game with 515 yards and 7.8 yards per play, the best marks against the Cougars all year.

The progress has continued this season.

Against a very stout Iowa defense last Saturday, Iowa State put up 7.7 yards per play, the third best mark against an Iowa defense since 2012. The other two games included Penn State and Saquon Barkley in 2016 and Christian McCaffrey and the Stanford band’s disrespectful performance in the 2015 Rose Bowl.

The Monroe destruction was the exclamation point for Iowa State’s offense, but this has been building for some time.

If you track Matt Campbell’s history at Toledo, this build up was almost identical. Campbell started as a run game coordinator at Toledo and inherited a group that was 97th nationally in offensive efficiency. The offensive line started young, grew older and by the time Campbell left Toledo, the Rockets were consistently in the top 25 in efficiency and averaging well over six yards per play.

All off-season there was a confidence in the Bergstrom Football Complex about the potential of Brock Purdy and the Iowa State offense. When people would suggest it’d be tough to replace Montgomery and Butler, the staff took it as a challenge and were excited to prove the doubters wrong again.

Yards per play hasn’t always meant points on the board and that is the next step for Iowa State to be a real contender. They have the capability to do it.

Iowa State has a special talent in Brock Purdy and we’re on the verge of seeing some historical numbers from the Cyclone offense. There is no doubt in my mind, they will be the first Cyclone offense to finish in the top 50 nationally since 2008 and first to average 30 points per game since 1978.

Pair that with an Iowa State defense that has been proven over time and Iowa State is a real threat to challenge in the Big 12. It all needs to start Saturday in Waco against a very good Baylor squad. Iowa State has an offense. It is time for the rest of the college football world to find out. 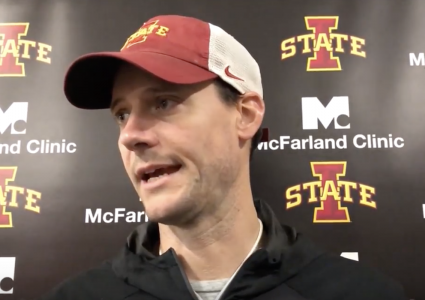