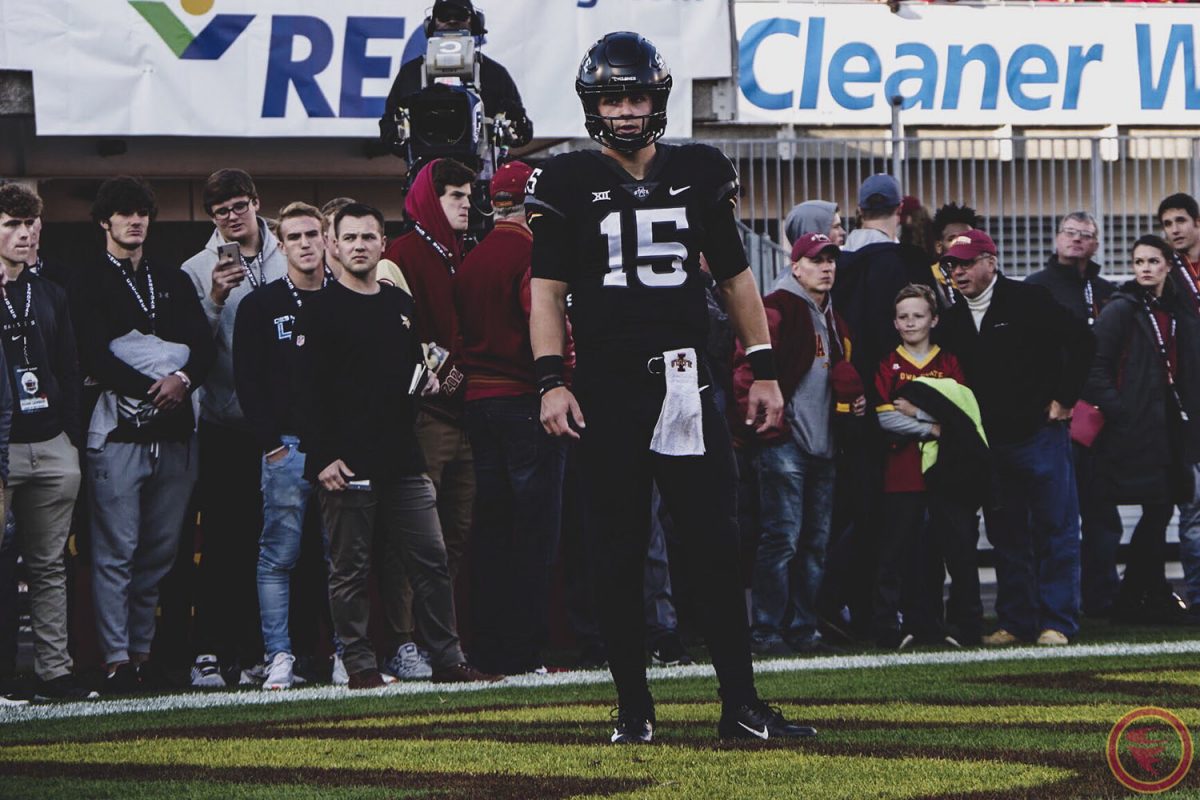 IRVING, Texas – Iowa State true freshman quarterback Brock Purdy was the Big 12’s Newcomer of the Week for the second-straight week after his performance in the Cyclones’ 30-14 win over No 6 West Virginia on Saturday.

Purdy, a native of Gilbert, Ariz., is continuing his amazing Cinderella story, leading the Cyclones to a pair of victories over ranked opponents in consecutive weeks after playing just two snaps in ISU’s first four games.

Purdy was again phenomenal, showing poise in the pocket, the ability to extend plays and an accurate arm. He threw for 254 yards on 18-of-25 passing and three touchdowns, and also rushed for 39 yards in the win.

His touchdown passes went for four, 19 and 32 yards.

In his last two games, Purdy has accounted for eight of ISU’s 10 touchdowns, is averaging 286.0 yards passing, 347.5 yards of total offense and completing 75.0 pct. of his passes.

The rookie was also a weekly recipient of the Davey O’Brien “Great 8” and the Manning Award “Star of the Week” awards for the second consecutive week.