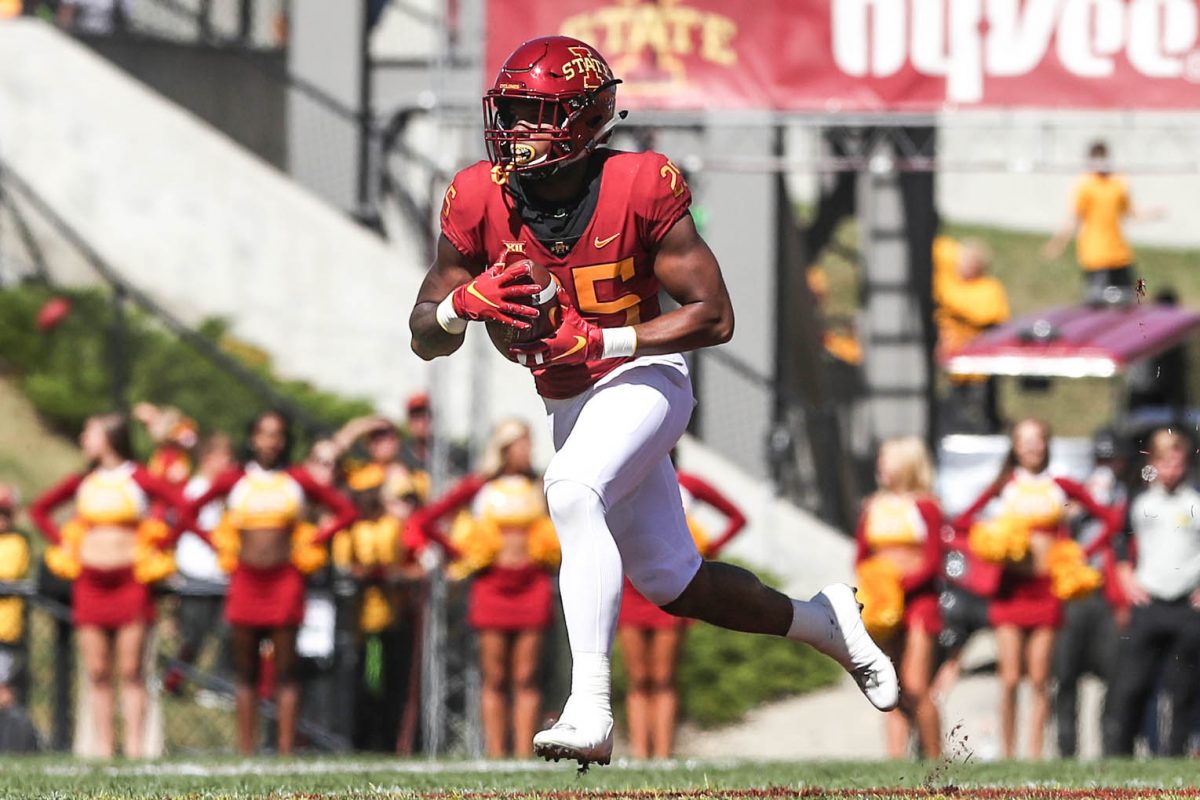 We got our first crack at Matt Campbell’s pre-fall camp two-deep on Tuesday morning at the Big 12’s media day event and it is pretty much what fans should have expected.

Here are a few notes/positions to take a closer look at.

RUNNING BACK: We knew there would be an open competition here and that’s exactly what the depth chart shows, with five Cyclones all being co-starters heading into camp. Sheldon Croney, Johnnie Lang, Kene Nwangwu, Breece Hall and Jirehl Brock all have “ors” next to their names. May the best man – or men – win.

TIGHT END: There is an OR between Chase Allen and Charlie Kolar, but don’t pay much attention to this. Both men will play a lot – and together – in 2019. As expected, Dylan Soehner is listed as the starting “F” back. He will be used all over the field as well in the Sam Seonbuchner role from last season.

RECEIVER: Deshaunte Jones and Tarique Milton are listed as starters with a three man competition about to take place at the “Z” spot between Sean Shaw Jr., Jalen Martin and Arkansas transfer La’Michael Pettway.

STRONG SAFETY: An interesting depth development here from the offseason … Returning starter Braxton Lewis has a little bit of competition in the form of Rice transfer Justin Bickham. Redshirt freshman Tory Spears is also listed as a co-starter here, which is something to keep an eye on.