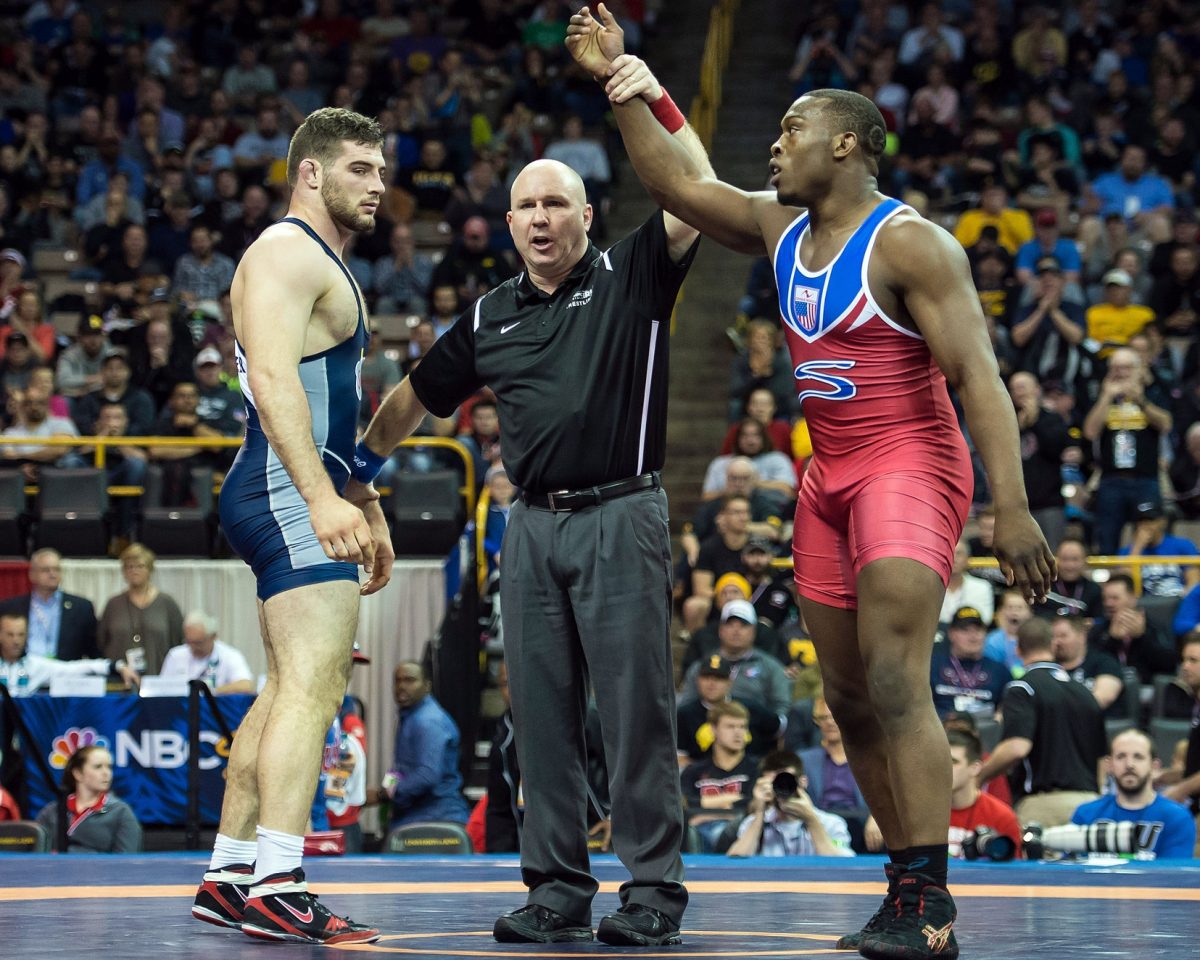 Once, when a very young Kyven Gadson misbehaved, his father, Willie, made him write what amounted to an apology 1,000 times.

The former Iowa State great’s  been unwavering in his commitment  to excellence ever since.

After topping then-Ohio State freshman Kyle Snyder for the 197-pound NCAA wresting title in 2015, Gadson trained his vision on competing internationally — and obtaining a master’s degree.

He achieved the latter and one day hopes to be an athletic director. As for the former … Snyder’s been — and continues to be — the obstacle in the way.

Gadson will face Snyder, a three-time world champion and Olympic gold medalist, June 15 in the Final X at Lincoln, Neb.

Up for grabs is the USA World Team spot at 97 kilograms. Snyder bested Gadson 2-0 in last year’s best-of-three matches final and is broadly considered “one of the most feared wrestlers in the world.”

But Gadson doesn’t fall for the “fear” angle. Most champions don’t.

“I think it’s pretty simple, but there’s a big difference between simple and easy, you know?” Gadson, who won his second US Open title in April, told Cyclone Fanatic this week. “I think it’s a simple matchup. You know what you need to do. It’s just a matter of if you’re gonna do it. A lot of times that’s what success comes down to. Everyone knows what you do to be successful, right? You have to put in the extra time, you have to do extra work, you can’t just give the expected effort, you have to give the extra effort. That’s where success and excellence comes into play.

“So it’s not a matter of if I know what to do, it’s a matter when I get tired, when I get fatigued, because fatigue makes a coward of us all, right? When those situations hit, do I lock in and mentally focus? Have I locked in and mentally focused and challenged myself in those positions in practice and in training, so when those situations hit in the match, it’s just another day at the office? It’s not anything like, ‘Oh my gosh, I’ve never experienced this feeling before.’”

Simple is often the opposite of “easy.” This will be the case for Gadson when he again goes toe-to-toe with Snyder in Lincoln as a decided underdog. But past doesn’t equal present, let alone future. Few know that better than Cyclone Regional Training Facility associate director Nate Carr, Gadson’s coach. Carr won three NCAA titles at ISU and earned a Bronze medal at the 1988 Olympics.

“We have an opportunity before us and Kyven is definitely ready,” Carr said. “He went out to Colorado Springs and trained a little bit, so he’s ready. The main thing is to give your best and then and only then weigh the results in peace. Now, if you don’t give your best, you don’t have peace. So when two competitors go at it — for sure, one’s gonna lose and one’s gonna win — the crowd claps for both. Why? Because you know that both guys have given their best.”

Gadson’s accustomed to putting forth nothing less. He’ll do so again in Lincoln.

It also, as Gadson said, can come “full circle.” His late father was Carr’s personal coach in Ames and pushed him to achieve three titles and shine in international competition. Carr’s doing the same for Kyven, but, again, “time will tell.”

“They always talk about how whatever my dad told him to do, he would just do it,” said Gadson, who had urged Carr to come help coach at the regional training center. “It was never a question of, ‘Was this right? Was this wrong?’ It was just like, ‘If he tells me to do it, I’m gonna do it.’ Just that complete trust and that doesn’t just happen overnight. … I always called him Uncle Nate and we’ve always had somewhat of a relationship, but it’s grown a lot this year.” 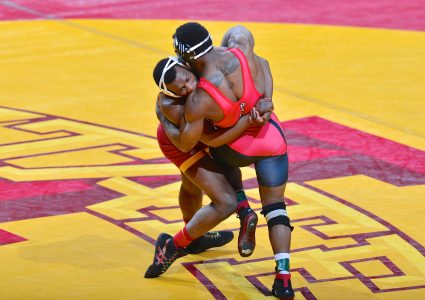