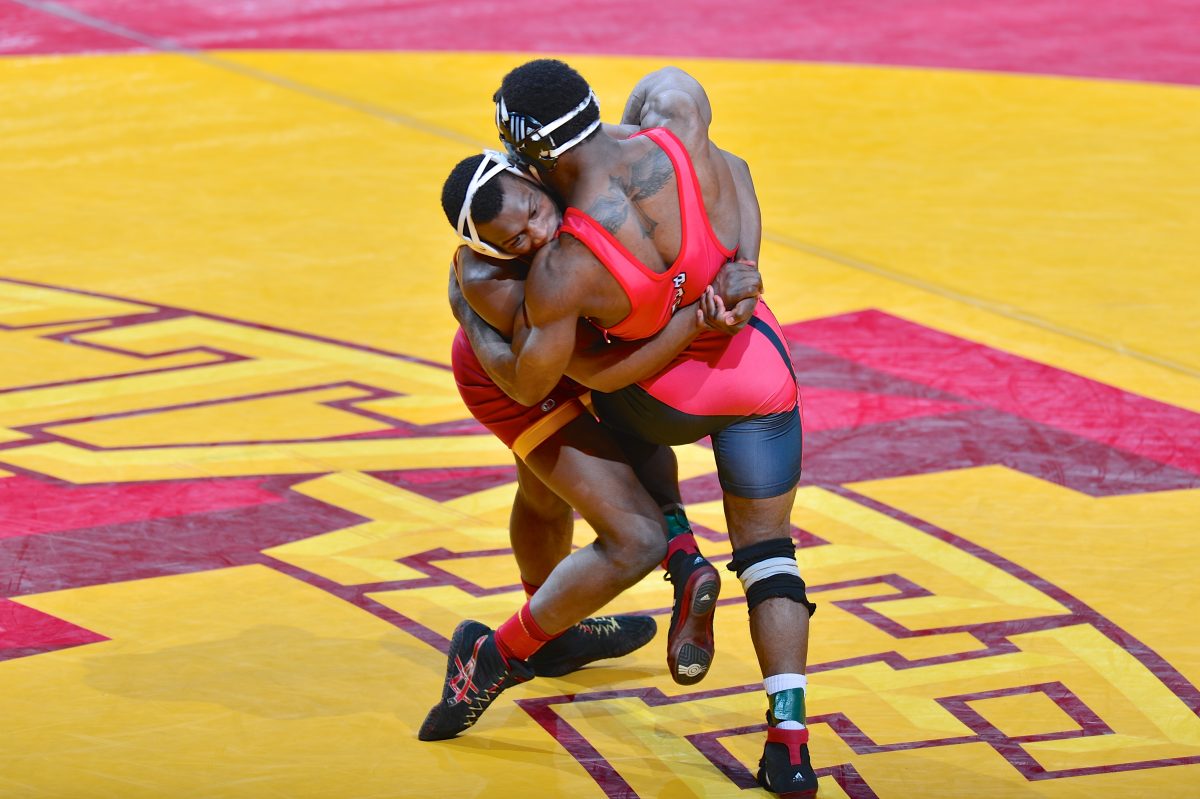 AMES — Don’t call it an experiment.

Call it a lifestyle choice.

When Iowa State two-time all-American 197-pound wrestler Kyven Gadson pronounced on 2014-15 media day that he’d be abstaining from all forms of social media this season, eyebrows arched and interest perked.

What’s a young person these days without Twitter, Snapchat, and all that — ears bent in anticipation of each bell-like ding from a well-thumbed phone?

A lot more than meets the eye, in Gadson’s case.

“I’m done,” said the seasoned senior, who carries a No. 3 seed into the NCAA Championships, which run Thursday through Saturday at St. Louis, Mo. “Never coming back.”

Some might ask why. The better question is “why not?”

Gadson — who stands 25-1 this season — is poised to go from a less-desirable spot on the medal stand to the premier perch. He’s keenly focused. Supremely confident. Determined to go out a champion when it’s all said and done on Saturday.

Twitter limits users to 140 characters in each post. For Gadson, there are no limits placed on character. His is impeccable and unconstrained.

“He doesn’t talk about it, he’s trying to be about it,” said Cyclone coach Kevin Jackson, who will bring seven qualifiers to the Scottrade Center, including brothers Michael Moreno and Gabe Moreno. “So that’s the biggest change in him. He’s focused on himself more than focusing on his teammates or any outside distractions. His girlfriend moved to California, so that’s one less distraction. And several things that he’s done with his persona life, with his religion, his Christianity has improved and allowed him to grow. I think all those things have given him more confidence and that’s really the piece that everybody need. It’s a confidence thing, because at this level, everybody’s pretty good.”

Of course ISU strives for much more than “pretty good.”

If they exceed external expectations, ISU will have truly completed the climb back from middle-of-the-pack performer to national prominence.

Michael Moreno, like Gadson, is a senior and two-time all-American.

If he wrestles his best, he’ll get another rematch with Alex Dieringer of Oklahoma State in the finals. Dieringer — who won the title at 157 last season — is the top seed at 165 and beat Moreno by major decision twice.

“Yeah. the matches haven’t been great, but it’s still an exciting concept to go wrestle a guy that you’ve never beaten before for the NCAA title,” Moreno said. “Crazier things have happened and the NCAA tournament’s a magical time.”

Just ask Gadson, but do so in person. He doesn’t have the time nor patience for your Tweets, status updates or bell-like dings. No distractions. One focus.

“I know who’s in the bracket, but I also know I can control one person and that’s Kyven Gadson,” he said. “So that’s all I’m looking to do is worry about myself, control myself. There’s a lot of stuff that goes into this, I guess you could say March Madness, this controlled chaos. But the only thing you can really control is yourself. So that’s all I’m looking forward to, is controlling myself and having five good matches.

You and he know what that number signifies. So allow him to stress it.