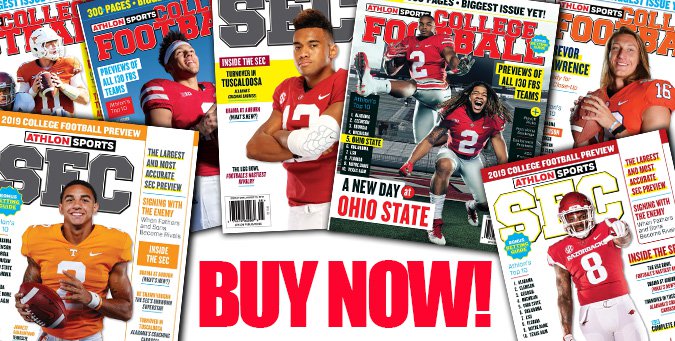 Full disclosure: I write for the Athlon preseason college football magazine on the side. However, I do not have any say in the publication’s annual preseason rankings.

Athlon released its top 25 yesterday where Iowa State is tabbed at No. 24.

For the sake of context, this marks the first time in history that Iowa State has appeared in an Athlon preseason top 25. So this does mean something, if only it being that the national media is finally catching on to what Matt Campbell is doing in Ames.

Other notables from Iowa State schedule and the Big 12:

Athlon notably has Michigan, Georgia, Alabama and Clemson in the College Football Playoff.