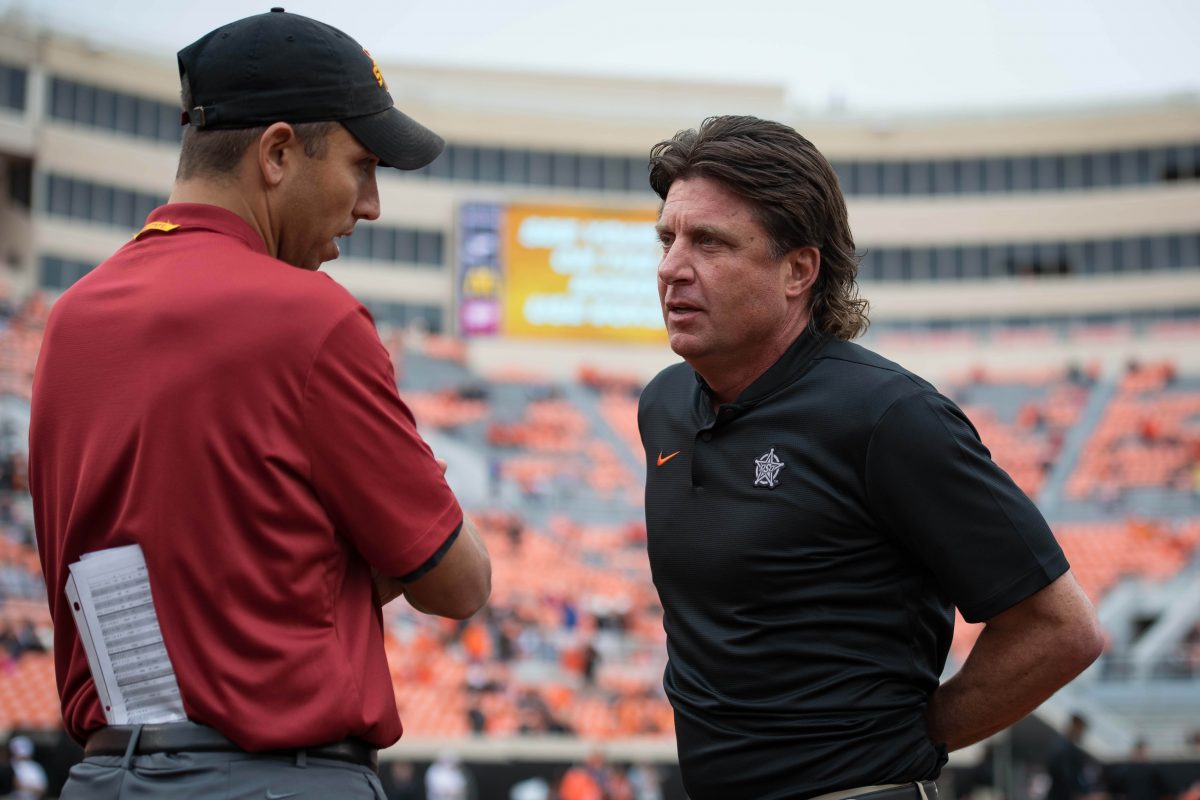 He’s not the dean of Big 12 coaches just yet, but suddenly, Matt Campbell has rocketed toward the top of the league’s ledger in terms of tenure.

And he’s likely not going anywhere else anytime soon after signing a contract extension in December designed to keep him on campus through at least 2024.

“That’s certainly hard to imagine,” Campbell said of his relateively long-tenured status during todays Big 12 football coaches’ teleconference. “I remember how intimidating, for me, it was walking in for the first Big 12 meetings and on one side of you sits Bob Stoops, and on the side of you, you talk about all the coaching success that lived in that first meeting for me — Coach (Bill) Snyder, and certainly the success they we’re having there at the time and across the board. It certainly has changed and the dynamic in that room certainly has changed tremendously over the last couple years.”

Iowa State looks to build after back-to-back eight-win seasons — and a first ever six-win conference season.

What lies ahead? More head-turning and long-term growth. At least, that’s the plan entering the 2019 season and beyond.

“As you’re trying to build a program and especially (at) a place like Iowa State, where you’re really trying to build a culture and a program that allows you to compete year in and year out, I think we’ve at least been able to make strides every year to better ourselves,” Campbell said. “I think all we’ve been able to do is lay a foundation, but I think we have been able to (do that). I thought last year was really important for us to prove that that consistency of success could actually occur and us do a really good job of not taking shortcuts to build that success to occur within the program. I think that’s what’s allowed us — and hopefully put us on a platform — to continue to make positive steps forward. That’s really important to me and certainly something that’s important to our staff.”

The Cyclones enter the 2019 season once again as a darkhorse-type pick to challenge for a regular season league title. An in tact offensive line returns. A budding star quarterback in Brock Purdy is back. A seasoned and elite defensive line heads a nationally-respected unit on that side of the ball — and despite the existence of many unproven parts, a multitude of athletic skill position players are chomping at the bit to help make up for the departures of soon-to-be NFL Draft picks David Montgomery and Hakeem Butler.

In short: It remains a very exciting time to be a Cyclone fan, but as we know, Campbell steadfastly fastens his focus on today, not tomorrow. Looking ahead isn’t part of his philosophical framework, but ISU’s coach was asked by the Des Moines Register’s veteran scribe, Randy Peterson, about the prospect of possibly being picked as high as third by league coaches once July’s conference media days roll around.

“I don’t even know if I’ve ever even thought like that because I’ve always thought so much about the present,” the two-time Big 12 Coach of the Year said. “I think all I knew early on was — the question in my mind was, when and if we can get it flipped in the right direction. I think that’s the natural feeling when you take over, especially over with some of the inconsistencies that occurred prior to us getting here. And that’s not knocking anybody or anything, but I think you come into that culture right away and you’re just trying to figure out what the root of the problem is and how can you get it turned and going in the right direction. A lot of times, I think that’s really hard to mitigate what that feel is and give it a number based on winning and losing. I think the thing for us has always been, as you get through one year, did you reach your full potential or did you not? And then how do you continue to fill in the margins with what’s not allowing you to be successful. Really, taking it every year one year at a time and really one year at a time. So to (say) I ever remotely thought like that, it’d be false, because it’s really just been trying to take it one season at a time and really one team at a time.”