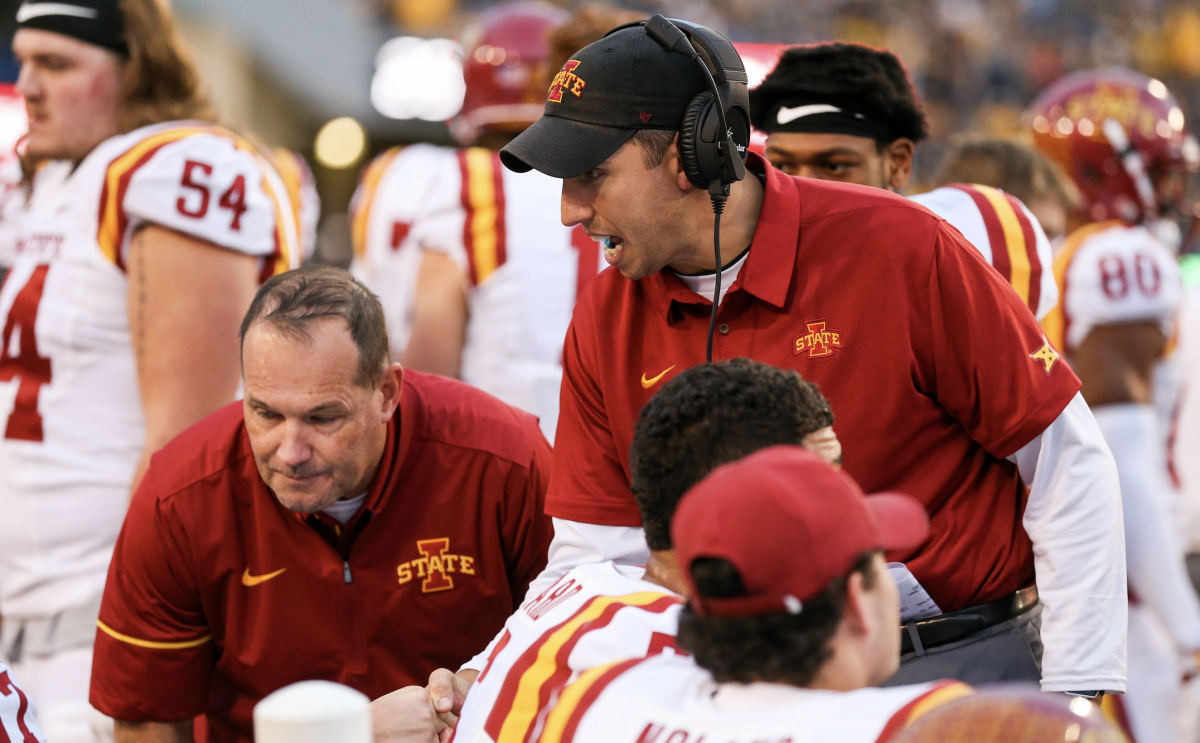 AMES — It was over a Sunday dinner at Jamie Pollard’s house where across the table from Matt Campbell and his wife, the details of a new six-year contract were polished off to keep the young, highly-desired coach in Ames.

The humbleness within this exchange is just another reason as to why Campbell, who in his second season led Iowa State to a surprising 7-5 mark that included two wins over top-five teams, is a near perfect fit in Ames.

You really do have to do things a little bit different in order to win at Iowa State. It isn’t just something that people say. The most important aspect of this equation is having coaches employed who share that vision with the powers that be – mainly Pollard.

Bill Fennelly often describes it as, “The Iowa State way.”

I have observed another characteristic that generally leads to success here: Chips on shoulders. These days, the soon-to-be 38-year-old Campbell most certainly possesses a hefty one.

Iowa State fans can likely thank the national media for this.

“It almost fuels my fire,” Campbell said Tuesday when I asked him about national pundits still questioning his loyalty to Iowa State. “I feel like my fire is raging more today than it was two years ago when I got here about where I can take this football program and what we can do here. You almost feel like what we did this year was a fluke. You take that fuel, add it to your fire, put it in your back pocket and know that we are just getting started. It’s a gradual growth to build a real program and sustain it.”

Campbell, who went 35-15 during his five years at Toledo, came to Iowa State because he thought he could win here. Two years later, he has actually won some games – big ones at that. But for some fans, it was understandably difficult to fully enjoy the 2017 regular season because of the constant noise from afar insisting that this run of football success would not last.

“We aren’t even close to being where we want to be or where we need to be,” Campbell said, “but we are relentless every day.”

Last Friday, I penned this column about my dream for Iowa State football, which is for it essentially to find its version of Bill Snyder.

Monday night’s announcement is a great start. And for the first time since I started covering this program in 2004, I feel like Iowa State is 100 percent committed to and capable of winning and investing in the sport of football. It isn’t all about Campbell, or the $1 million boost his assistants will receive either.

We’ve already seen a major transformation here, but more sizable facility upgrades appear to be on the horizon.

“I think things like a full functioning training table. I think a player’s lounge. Creating an environment for our players,” Campbell noted. “One thing I think is really important is that you want your players here in the facility as much as possible. I think that is maybe the biggest change in our culture, is that our kids are here all of the time. To give those kids the ability to succeed academically here, the ability to get out of the fray a little bit. It is not built into the resources right now but with this new facility, can really enhance the football player experience and student-athlete experience in a lot of different ways.”

Campbell is now a very rich man. Pollard locked up his guy. But on Monday night, I went to bed happy for Iowa State fans, who have been beaten and bruised for decades as they supported an oftentimes crappy product.

“Changing that national narrative is going to take time,” Campbell said. “Consistency and consistency of success is what changes the narrative.”

That’s right. And that process towards consistency was heavily aided on with this new deal being put into place.

It’s also a smart investment on the part of Pollard and new Iowa State University President Dr. Wendy Wintersteen too. With new Big 12 television contracts coming up in the year 2024, having a thriving football program and growing fan base will never be more important. 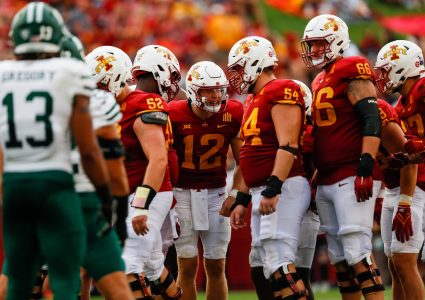