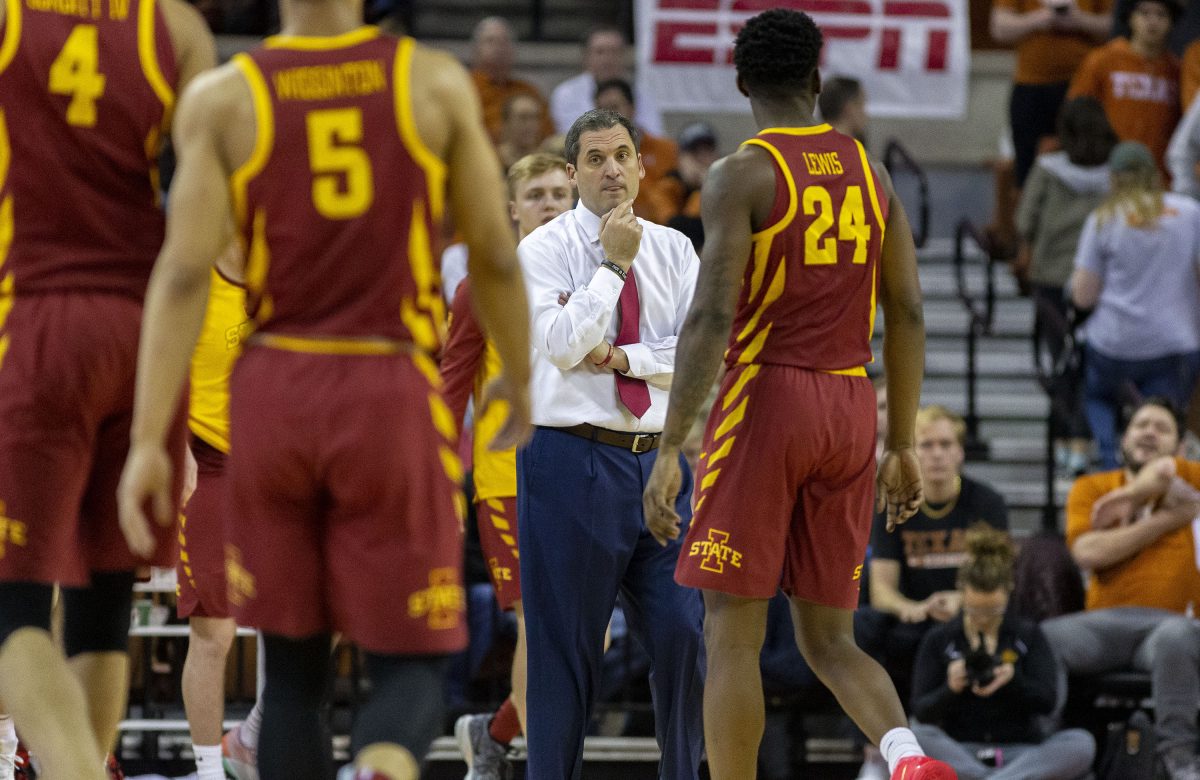 AUSTIN, Texas — From a distance, things aren’t all that bad around Iowa State basketball. The Cyclones were picked to finish sixth in the Big 12 and are all but guaranteed to finish in the top half of the league. Based on earlier performances, analytics still love this team. Despite a recent drought, Iowa State should be anywhere from a 4 to a 6-seed in the 2019 NCAA Tournament that will tip off in a few weeks.

But for those following along closely, it certainly feels like the 2018-19 version of Iowa State basketball played its worst game of the season in Saturday’s 86-69 loss at Texas.

Other than the 16 solid minutes that freshman George Conditt gave the team, Iowa State really didn’t do anything well in the blowout loss.

Thinking back, while certainly alarming, that loss still felt like a bump in the road at the time. This one felt different, more significant.

It wasn’t just missing shots or defending the dribble-drive. Iowa State was vastly out of sync on both ends of the floor. A lot of standing around on offense. And on defense, how does Texas’ best shooter – Jase Febres – go 8-of-10 from 3-point range?

“The scouting report coming in said that he was the shooter. We didn’t want to leave him but he kept getting loose and he was making shots,” Lindell Wigginton said. “It was miscommunication on defense.”

To credit the Longhorns, Shaka Smart’s team is 30-for-52 from 3-point range in its last two outings. Texas is red-hot.

The Cyclones, on the other hand, are not.

Sure, this team has a chance to turn things around but the problem is, the calendar recently got flipped to March. This is when teams are supposed to play their best basketball.

Time is running out.

“I’m not sure,” said senior Mariak Shayok when asked about what’s wrong. “I think we need to stay together to make sure that we don’t get used to losing. It is unacceptable, the way that we are losing. I have no doubt that we will figure it out down the stretch. It’s a challenge. It sucks when you lose. It’s natural to kind of drift off on your own. We have to stay together. It’s the most important thing.”

To his credit, Shayok had 22 points on 8-of-14 shooting to lead the way. But he also had five turnovers.

Wigginton went 5-for-8 with 16 points, six rebounds and four assists. But he’s been one of the most inconsistent players on the roster all season.

“There is going to be a negative picture painted over everything. That’s just reality,” Prohm said. “Three weeks ago we were 18-5 and we were 13th in the NCAA deal that came out. You didn’t see anybody talking about that. You just have to stay the course. I am frustrated as can be because we have been playing bad but when you do go through some tough times, you should stay together.”

Here’s the thing: Every college basketball season is like a soap opera. Each game is a different episode. There are ups. There are downs. There are peaks and valleys if you will.

Add another Cameron Lard “suspension” to the mix, Texas making 60 percent of its 3-point shots and it certainly feels like the Cyclones hit rock bottom on Saturday.

I certainly hope that was the case. I would hate to see what this team looks like if things get any worse.

Nick Weiler-Babb went down with a right leg injury late in the first half. He returned to start the second half but played sparingly.

“Nick should be fine,” Prohm said. “I think he has a bruised right knee. It was an opportunity to rest him. I didn’t want to do anything further in that situation.”

In 23 minutes, Weiler-Babb ended with five points and two assists.

Being that the Cyclones trailed by double digits for all of the second half, Prohm went deep into his bench looking for a spark.

Terrence Lewis saw seven minutes of action. Zion Griffin got into the game for six. Zoran Talley played four minutes in the game.