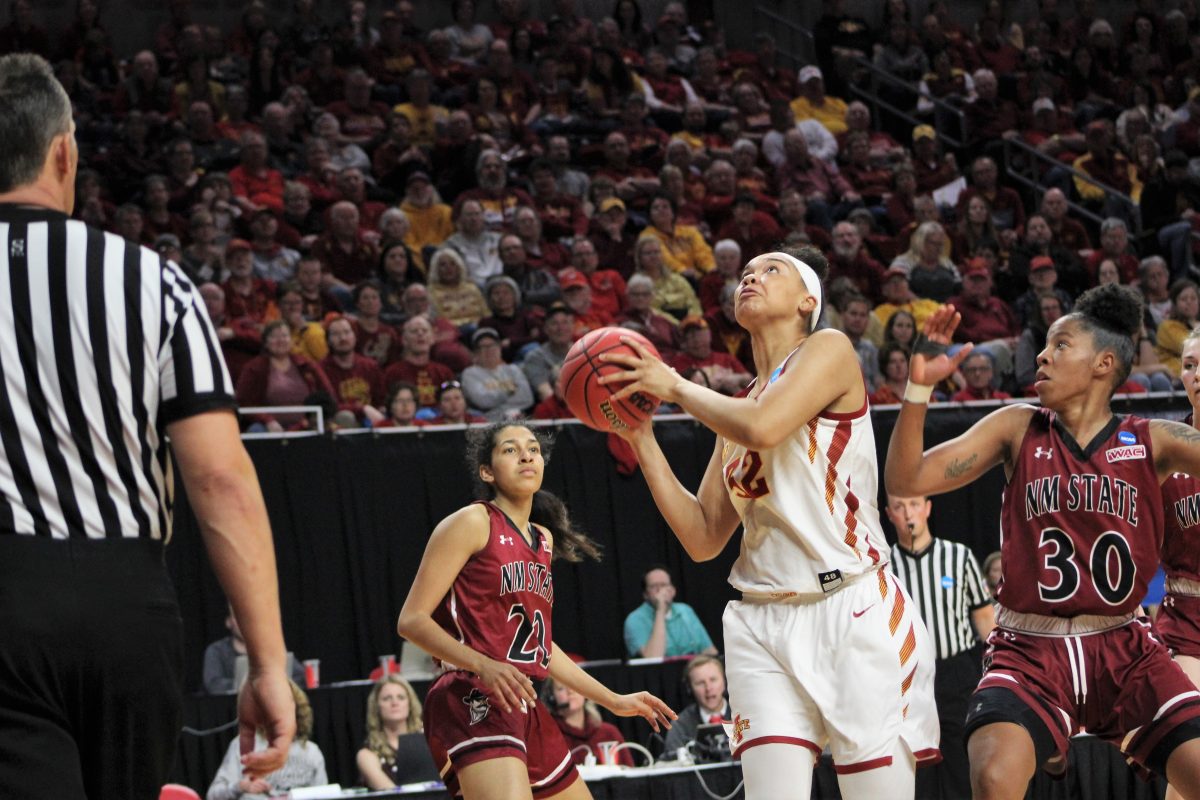 AMES — The Iowa State women’s basketball team is playing for a spot in the Sweet 16.

After getting its first NCAA Tournament win since 2013 on Saturday, the Cyclones are primed to play a second-round game against No. 11 Missouri State tonight in Hilton Coliseum (8:00 p.m. ESPN).

If the Cyclones can make it past the Lady Bears, they will make it out of the first week of the big dance for the first time since 2010 and move onto Chicago.

For now, though, the focus lies on Iowa State’s final home game of the season.

“They’re playing at an unbelievable level,” Iowa State coach Bill Fennelly said of Missouri State. “They went through the [Missouri] Valley tournament. They beat a really good Drake team that we know about, and then they turn around and do that today. It’s going to be a challenge for us.”

The Lady Bears cruised through the first two rounds of their conference tournament before upsetting the RPI’s No. 20 Drake Bulldogs in the title game. They won convincingly, too, using a miraculous third quarter to pull away.

Flash forward to Saturday and the Lady Bears did the same thing to sixth-seeded DePaul. The team led by nine at halftime before scoring 27 points in third quarter to help seal the win.

The 6-11 upset was the only of its kind through the first round of the tournament and was also the biggest upset of the weekend in women’s basketball.

“They were really good,” Fennelly said. “The way they handled the ball was impressive. They’re balanced. It’ll be the kind of game that I think we played in the Big 12. They have physical, athletic kids that can do a lot of things.”

It will be a challenge, indeed.

The game features a matchup between the previous two Iowa Miss Basketball’s.

Missouri State’s Elle Ruffridge took home the 2017 award out of Pocahontas High School before committing to the program in Springfield, Mo. Ruffridge finished with 15 points in 24 minutes on Saturday.

The Cyclones, of course, bring the true freshman out of Iowa City High to the table in Ashley Joens. She was big for the Cyclones on Saturday, scoring a team-high 12 points in the first half to help Iowa State pull away.

On top of those two talents, the  Hilton Coliseum crowd will also be treated to Bridget Carleton’s final game in the building.

The top tier talent for the Cyclones that brought home the school’s first ever Big 12 Player of the Year award is set to end her time at ISU with record-setting potential in the back of everyone’s mind.

Along with the first Sweet 16 trip in nine years, Carleton is 39 points away from breaking Angie Welle’s career scoring mark at the school. She’s used perhaps the best senior season in school history to do it and is now within striking distance of breaking what was thought to be an untouchable mark.

The history is there to be made and what better place to do it than Hilton Coliseum?

A year removed from the worst season at home in the Bill Fennelly era, the Cyclones own a 17-2 mark in the building going into Monday’s second-round, ’18-19 season finale.

This one has all the makings for what could be a truly, historic night. 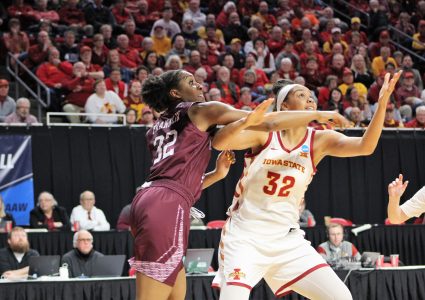