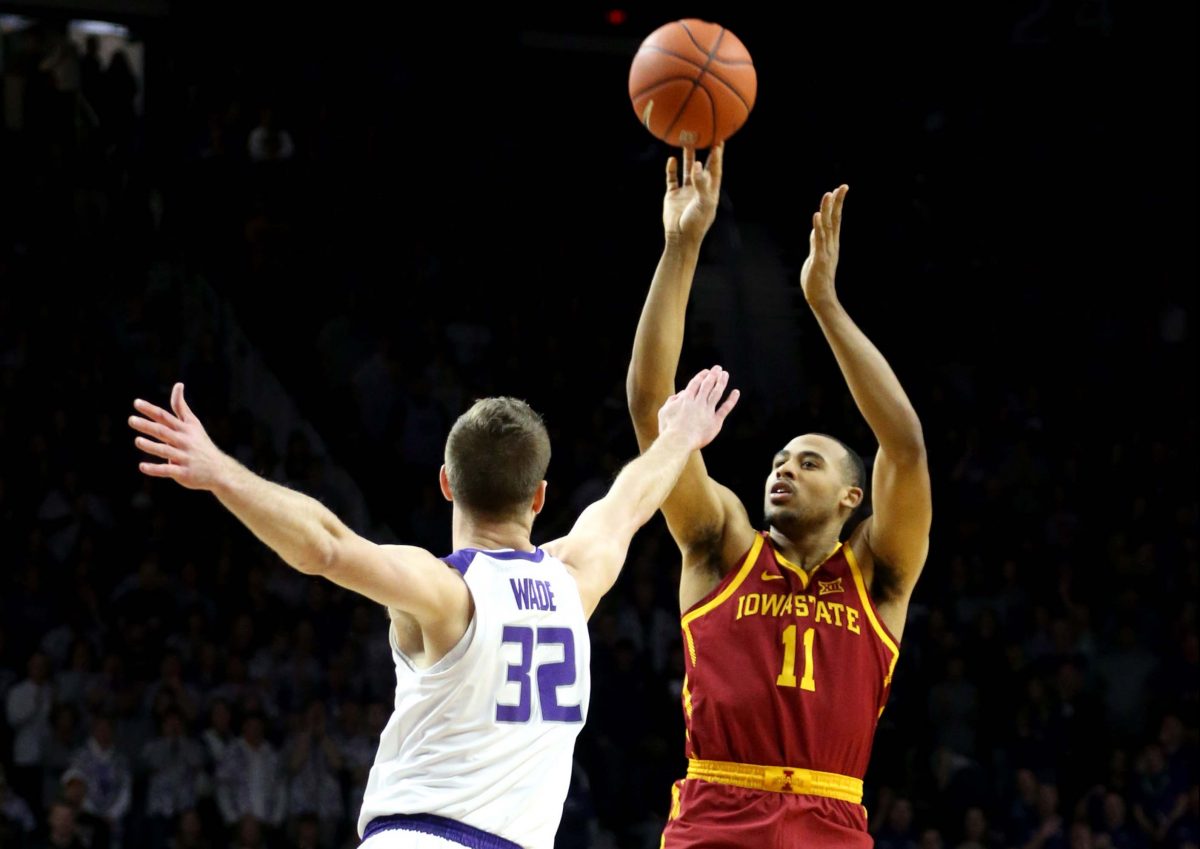 MANHATTAN, Kan. — No. 23 Iowa State had a one-point lead over No. 18 Kansas State when Talen Horton-Tucker rose up and drilled a 3-pointer with 5:21 left in the first half on Saturday at Bramlage Coliseum.

He made another one from behind-the-arc less than 30 seconds later. The freshman from Chicago finished at the rim with 3:06 mark of the first half. His next two made shots were 3-pointers that opened up a 10-point Cyclone lead shortly before halftime.

In all, Horton-Tucker scored 17-straight Iowa State points, silencing a raucous Octagon of Doom again and again. The Wildcats got back within one-point roughly halfway through the second half, but timely shooting by Horton-Tucker, who finished with 20 points while shooting 6-of-9 from deep, and sophomore Lindell Wigginton kept the Big 12’s leader at bay on the way to a 78-64 Iowa State win.

“(Horton-Tucker) was being confident. He was taking the shots he usually takes, and we know they’re going to go in sometimes and sometimes you have an off game. Today, he was feeling it and he really stepped up,” Wigginton, who scored a team-high 23 points on 7-of-9 shooting from the field and 5-of-6 from 3-point range, said. “I was feeling it. I’m always going to be confident. My coaches and my teammates keep me confident. I knew this was a big game coming in. They’re the number one team in our conference so I wanted to play well against them.”

It is no secret that Iowa State’s offense has the ability to get bogged down by poor shot selection. The two guys mentioned above have been two of the biggest offenders at times this season, but they just keep shooting.

On Saturday, some of those shots that have felt forced previously were connected on time after time. The Cyclones shot 14-of-24 from deep as a team and 52.7 percent from the field.

Regardless of the way the Cyclones played the last time they took the court – a baffling home loss to TCU – they remained confident and that is due in large part to their head coach.

“I think one of the things that makes you good offensively is if your kids aren’t second-guessing themselves,” Steve Prohm said. “What’s a good shot and what’s a bad shot? I’ll let them know in my way and eventually, they’ll start saying, ‘Hey, that’s my fault. That’s my bad on that shot.’ If they’re always thinking good shot, bad shot, then they don’t go six for nine. It’s like Deonte Burton that year we won at Kansas, if he’s thinking good shot, bad shot, he doesn’t go seven for nine from three.”

There is no doubting the Cyclones have some good players and this is why they are right in the thick of the Big 12 title race with six games left to play. If the Cyclones continue to play the way they did against Kansas State, there might not be a team in the league who can beat them. Prohm challenged his team this week to be the best version of themselves on Saturday. He joked it was a performance from the “A-team.”

What happens when they become the “B-team?”

“I had a whole sheet of paper. Soft on defense, not moving the basketball, not running the floor, not sharing it, not being engaged in huddles, not executing out of timeouts, just not doing the things that translate to winning,” Prohm said. “We had a list of about 10 things when we’re really good and 10 things when we’re really poor. What it comes down to is the defensive end of the floor, being very good defensively. Offensively, really moving and sharing the basketball.”

Appearances from Iowa State’s “A-team” have come at some of the most crucial points in the season. The wins over Kansas at home, Texas Tech in Lubbock, Ole Miss in Oxford and Saturday all come to mind.

The “A-team” needs Horton-Tucker and Wigginton to play the way they did in Manhattan — or at least close to it. The shots will not always fall at the same rate, but that does not mean they will stop shooting.

“They’re going to take some bad ones,” Prohm said. “I’m going to let them take a couple bad ones, but good players are going to make some tough ones too.” 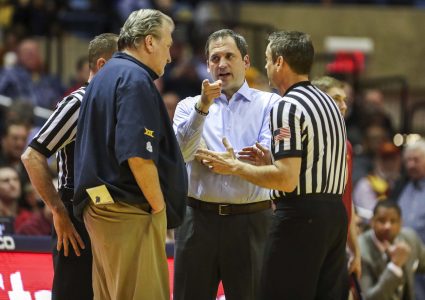 STANZ: This is a broken basketball team