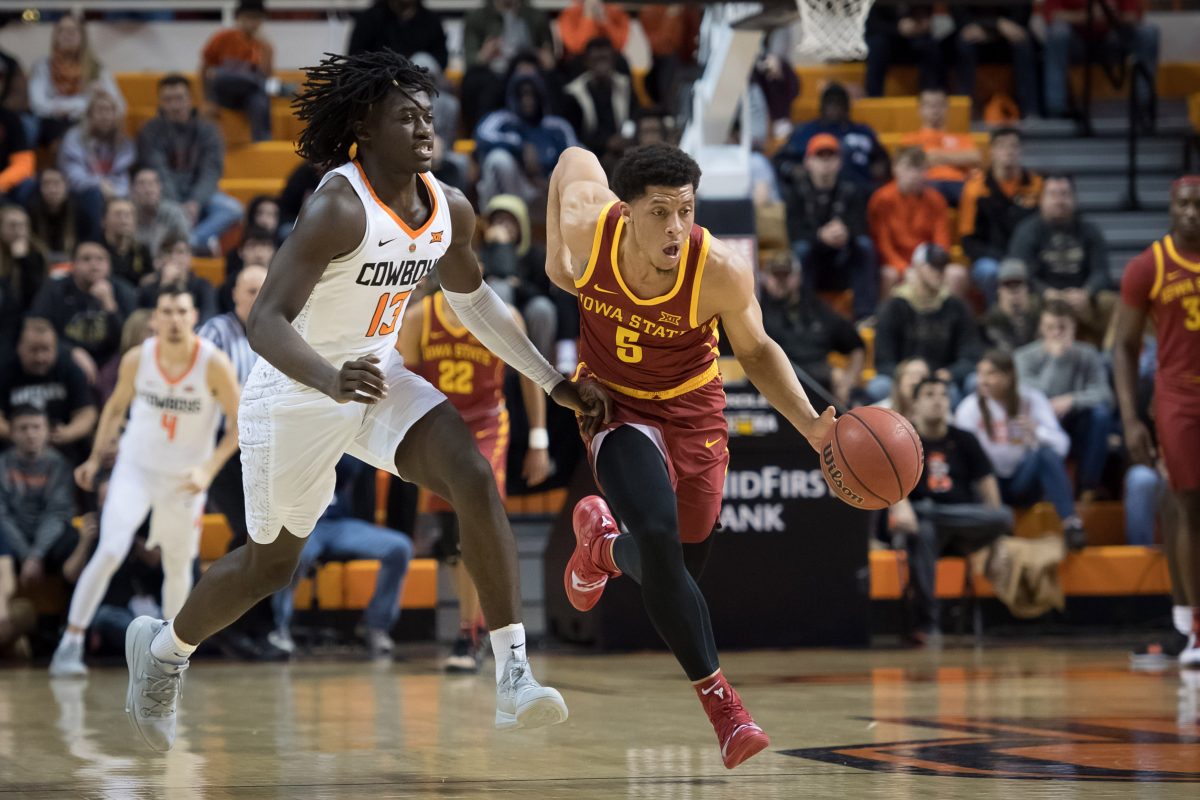 Iowa State basketball is undefeated in 2019.

The Cyclones (11-2, 1-0 Big 12) struggled mightily shooting from the floor, gave up some open looks and yet they left Stillwater on Wednesday night with a 1-0 record in Big 12 play after a 69-63 win over Oklahoma State.

Iowa State did not play well in this game. But, they will leave Oklahoma with a win and that is what matters at the end of the day.

The Cyclones shot just 36 percent from the field and 33 percent from behind the 3-point line. They left a lot of Oklahoma State shooters open and outside of a stretch late in the second half, the Cowboys were not really able to take advantage.

We did not know how the Cyclones would handle their second true road test, but they handled it well enough to get out with a win. That is encouraging when you consider the Big 12 gauntlet facing them over the next two months.

Keep in mind though, Oklahoma State will probably be the worst team in the league this season so this sort of performance will not lead to victories very often. The team will definitely need Marial Shayok to be better than 4-0f-17 from the field and 3-of-11 from 3-point range even if he did finish tied for a game-high 17 points.

Who did Shayok tie the game-high for points? The Cyclones’ super sophomore Lindell Wigginton.

The high-flying, uber-productive guard looked to be back to his old self on Wednesday scoring 17 points on 4-of-9 from the field and 8-of-11 from the free throw line. Sure, the 1-of-6 from deep is not overly encouraging, the one came at a crucial point late in the game when the Cyclones seriously needed a bucket.

Also, it was just his second game after returning from a foot sprain which held him out the majority of the non-conference schedule. We have to assume the Big 12’s leading returning scorer from a season ago will continue to get better as he adjusts to a mostly new roster.

Once he does, the rest of the league could be in trouble.

We have known for weeks it would be hard to remove Tyrese Haliburton from the starting lineup with the way he has played. He did not make that fact any easier against Oklahoma State while dropping 12 points on 4-of-6 shooting from 3-point range.

I know it will happen eventually because it is equally as tough to justify removing Nick Weiler-Babb (15 points, five rebounds and four assists against OSU) and Talen Horton-Tucker (0 points on 0-of-4 shooting in his first Big 12 game, but he’s been electric up to this point).

Regardless of when Steve Prohm decides to move Haliburton back to the bench, I find it hard to believe he will not play in the range of 30 minutes per game. The kid brings too much to the team to be sitting on the bench for the majority of games.

4 – Animal fat in the recipe is good

Has Cameron Lard found his way back into Prohm’s good graces? It seemed to be that way on Wednesday.

The Cyclones’ 6-foot-9 sophomore big man played 16 minutes, scored four points on 2-of-4 from the field, grabbed three rebounds and blocked two shots. He was plus-12 to bring home the team’s best plus-minus ratio of the night and was absolutely crucial protecting the rim during stretches of the game.

Iowa State needs Lard to be at his best if it is going to max out this season. Wednesday night in Stillwater felt like a huge step towards that.

It is a game Cyclone fans circle on their calendar the moment the Big 12 slate is release and it is staring us square in the face for Saturday night. The Jayhawks picked up a good win on Wednesday by topping Oklahoma 70-63 in Lawrence.

The game very well could be a battle between the league’s two most talented teams. It is going to be a rocking environment and by golly, it is shaping up to be a ton of fun.

We are going to learn a lot about Iowa State basketball and its chances to make a very solid Big 12 run very soon. I can’t wait — and I know most everyone else in Cyclone Nation can’t either.