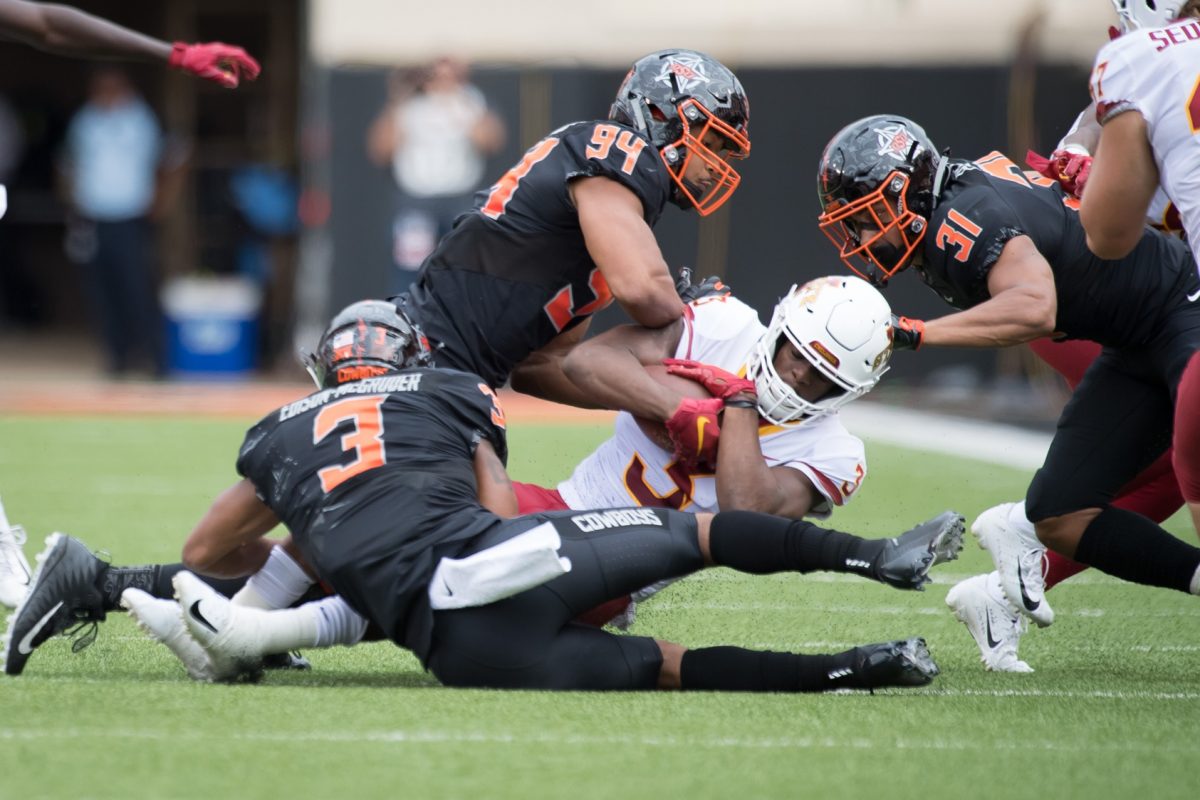 One, he won’t play in the first half, because of his role in a sprawling altercation against Baylor in Saturday’s fifth straight win for the Cyclones.

“We’ve had to play a conference game on the road without (Montgomery),” Cyclones coach Matt Campbell said. “So I think the biggest thing that I expect from David is great leadership. I expect him to continue to be that captain and that guy that is guiding the ship whether he’s in the football game or he’s not. I’ve said this multiple times, those four running backs, those are guys that are really talented.”

Three of Montgomery’s backups — Johnnie Lang, Kene Nwangwu and Sheldon Croney — have carried the ball this season and each owns at least one rush of 12 yards or more.

Lang has rushed for a touchdown, while Croney reached the end zone on a 25-yard pass from Brock Purdy in last week’s 28-14 win over the Bears. Nwangwu has yet to score, but excels in the kicking game, boasting three returns of 45 or more yards this season.

So, yes, the Cyclones enjoy plenty of options — and that’s not even mentioning former 1,000-yard rusher Mike Warren, who has yet to carry the ball in 2018.

Montgomery sat out Purdy’s coming-out-party win at Oklahoma State because of injury and the Cyclones racked up 171 yards on the ground.

Purdy led the way, but Nwangwu rushed for a career-best 49 yards on 10 carries, while Croney chipped in 20 yards and Lang added six.

“I’m excited for them,” Campbell said. “I think it’s just another opportunity for those guys to showcase that entire room.”

Montgomery, of course, will be available in the second half, and it doesn’t take a genius to determine that he’ll be running with as much ferocity and vigor as ever — maybe even a smidge more, given the circumstances.

“He’s a monster and he’s already got a chip on his shoulder,” ISU receiver Hakeem Butler said. “I think everybody here does. He carries his and he shows it. I think you’re gonna see some wild stuff.”

Campbell said cornerback Datrone Young is doing a lot better than he was last week at this team, but it remains uncertain if he’ll be able to play at Texas.

“What that improvement looks like, where he will be right now, probably questionable,” Campbell said. “I think we’ll all have a better idea starting today in practice.”

HOT HAND(S) IN THE SLOT

Both veteran Deshaunte Jones and redshirt freshman Tarique Milton have been productive in the slot for the Cyclones this season.

Still, Milton — who broke free for a 60-yard touchdown from Purdy in the Oklahoma State win — didn’t record a catch in Saturday’s triumph over Baylor, but don’t read anything negative into that.

“I think totally a flow of the game type situation, especially the weather and some of the things,” Campbell said. “And to be honest with you, Deshaunte got off to a great start in the football game (touchdown catch and two-point conversion toss). I think all those things kind of took hold. I think that was really more the situation of going with the hot hand than it had anything to do with what Tarique had done or not done.”

No playing time-based bitterness exists between the skilled duo. Far from it, actually.

“I’m pretty much like a big brother to him,” said Jones, whose three touchdown catches this season have all come during ISU’s five-game win streak. “When he first got there, I basically helped him out. We’re roommates — we were roommates in camp, we’re roommates now during away games and home games. So we do a lot of talking. Whenever he needs help, I’m there for him, or whenever I need help, he helps me, too.”

SOME ARE SLEEPING ON “THE DREAM”

Campbell essentially shrugged when he was asked about Butler being left off the list of 10 semifinalists for the Fred Biletnikoff Award, which is bequeathed annually to the nation’s “outstanding” receiver.

“Yeah, they probably made a mistake, but that’s all right,” Campbell said. “I don’t know what I have to say and I don’t know — is that a thing? Has that already happened? … The reality of it is, I really like Hakeem. I like throwing him the ball and I’m glad he’s one our football team.”

Butler leads the nation with a 22.7-yard per catch average and has generated a lot of national buzz with numerous eye-popping grabs and romps to the end zone.

Apparently not enough buzz to attract the attention of a select few, though.

“You gotta keep watching Iowa State football and see what happens,” Butler said when asked about the “snub.” 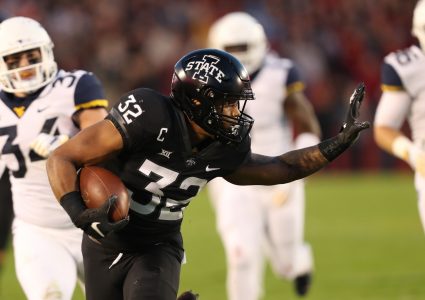