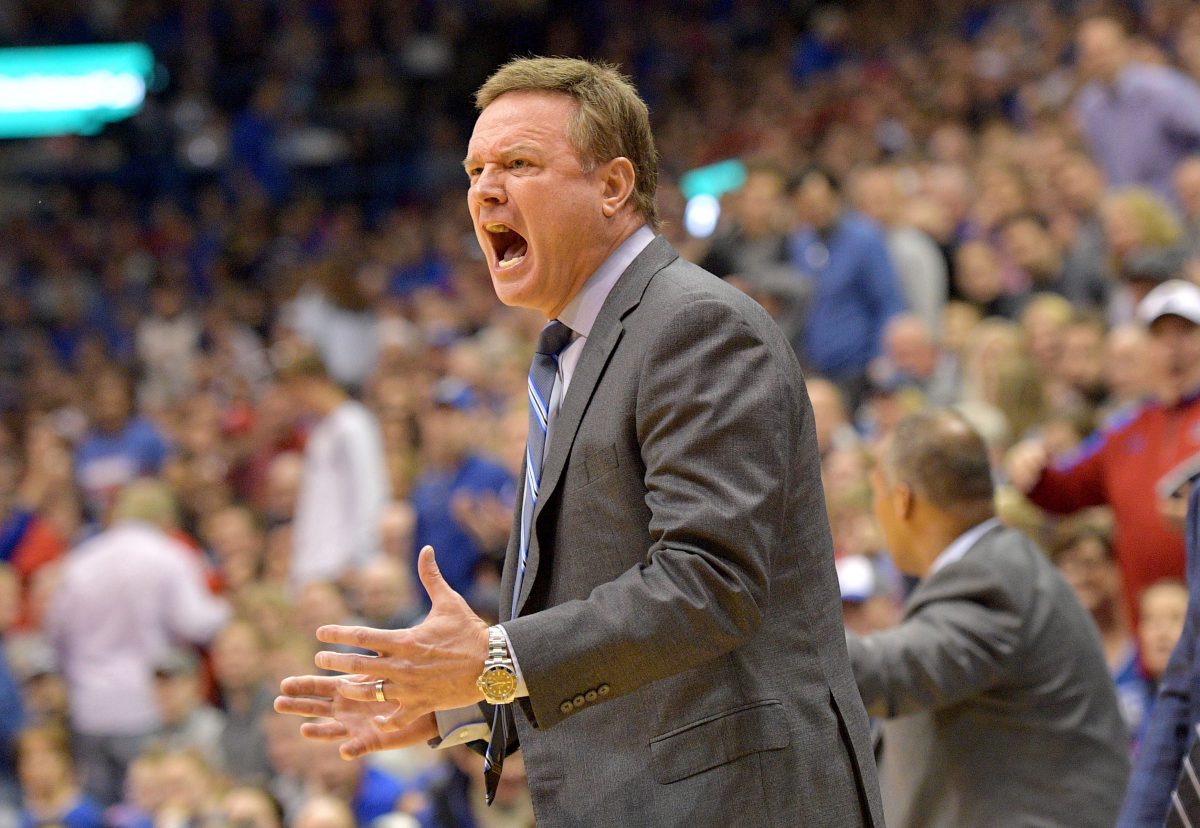 Chris Williams: Is anybody else just getting into basketball mode following football season? That’s how I feel right now. I really need this showdown vs. Kansas to get me into the swing of things for the Big 12 season. Wednesday night’s win at Oklahoma State certainly helped.

Over/under on minutes it takes for Bill Self to pick up his patented intentional technical in Hilton on Saturday afternoon?

Full disclosure: I haven’t watched enough of Kansas yet this year to be confident either way. I do LOVE this Iowa State team though. I don’t think there will be ego problems. They play well together. The guys seem coachable and the roster is versatile.

It’s in Hilton and as of now, many analytics point to an Iowa State victory. So I’ll go with that.

Jared Stansbury: This feels like a perfect “burst back onto the scene” game for Lindell Wigginton. The super sophomore has taken the backseat on the hype train over the last few weeks behind Talen Horton-Tucker, Marial Shayok and Tyrese Haliburton. He’s going to remind the country he is still here on Saturday. I’ll rock with the same score KenPom has as of Friday morning.

Brent Blum: Bill Self is 11-4 in Hilton Coliseum. That guy does as good of job as anyone of dealing with a raucous environment and Hilton will be rocking like the glory days Saturday. I wouldn’t want to be an official in this one. This is going to be a monster of a game and, candidly, I believe Iowa State is just as talented as KU. Let’s go.

Kirk Haaland: There are a few interesting angles to this game, but aside from 3-point shooting I think it will come down to how well Iowa State can generate easy baskets at the rim. Those opportunities at the rim may come from transition or spreading the floor in the half-court when Kansas plays Udoka Azubuike.

On defense it will be most interesting to see how Steve Prohm chooses to matchup when Azubuike and Dedric Lawson are in the game together or when it is just Azubuike. I’m not convinced that Michael Jacobson can handle both of those guys as the only big for ISU or Azubuike alone. Enter Cam Lard and Solomon Young. This may present the opportunity for Jacobson to get some time at the four but every minute Iowa State goes big with Jacobson and Lard/Young is a minute being taken from Talen Horton-Tucker, Marial Shayok, Nick Weiler-Babb, etc… But perhaps the bigger key is keeping Lagerald Vick in check from beyond the 3-point line.

I think the Cyclones will play well but I just haven’t seen enough with the full roster yet to pick the win (and, I’m trying to keep my optimism in check).

Rob Gray: Outside circumstances enhance hopes for a Cyclones’ upset, given Kansas’s recent 3-point shooting woes (including 4-for-21 in a home win over Oklahoma), Udoka Azubuike still easing back into the front line and Bill Self’s clear issues right now with star guard Lagarald Vick’s shot selection. Still, Kansas is Kansas is Kansas —  the odds on favorite to once again win the Big 12. I see ISU’s shooters thriving Saturday, while big men may battle foul trouble. It’s a recipe for a tense game that goes down to the wire, where … here goes …