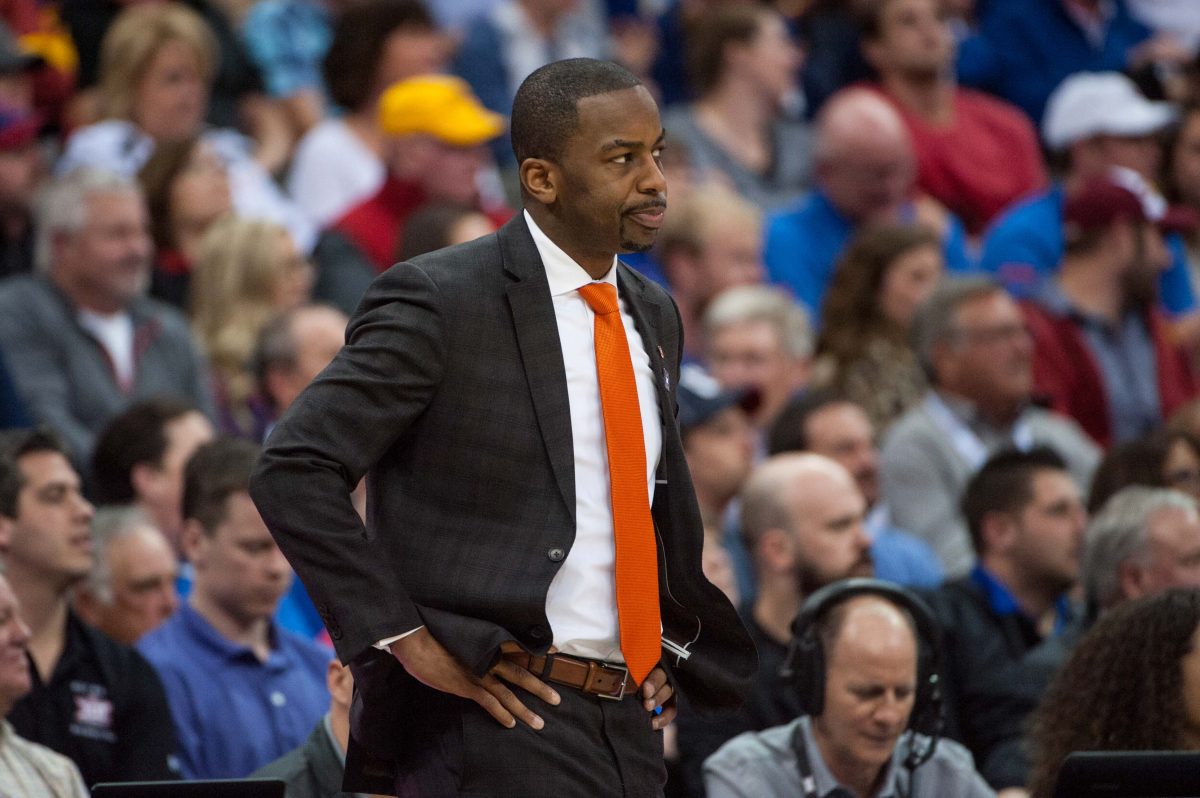 Oklahoma State head coach Mike Boynton is a Brad Underwood disciple and his team plays a defensive style similar to Underwood’s team at Illinois, who the Cyclones beat 84-68 at the Maui Invitational earlier this season.

The Cowboys will really try to extend into the passing lanes with intense ball pressure in an attempt to force turnovers. Being able to fight through that pressure will be one of the biggest keys of the night for Iowa State.

“Sometimes you want to put in a bunch of plays, and we have a couple things that can steal a basket here or there or get you in a good position here or there, but at the end of the day against that team it’s can you spread them out,” Steve Prohm said. “Can you make plays off the bounce? Can you make good decisions? Can you really move the ball? Because they really flood to the ball. They really help. Can you make the right decisions? Then, can you make shots? They’re going to present you with some quick reversal open threes, some skip open threes and can you make those shots?”

Oklahoma State has not been overly adept at forcing turnovers in the way the defensive style requires this season as they rank 87th nationally in defensive turnover percentage on KenPom. Also, it has put them into a lot of fouling situations as they’ve allowed seven of their 12 opponents to take 20 or more attempts at the charity stripe.

“At the end of the day, it’s spacing and ball movement,” Prohm said. “Then not trying to fight their pressure. We’ve got to move and cut and make sure we’re sharing the ball.”

Once again, we enter conference play with the Big 12 rated as the best conference in the country on KenPom. The league’s 18-game slate will be a gauntlet and the site currently predicts the Cyclones to finish that slate at 10-8 in a three-way tie for third place.

While the roster might not have a high-end experienced talent like Georges Niang or Monte Morris, it looks to be top-to-bottom just as good as any during the Prohm era in Ames.

“Kansas is a top-five team in the country. Obviously, Texas Tech, I’ve got a lot of respect for Chris Beard, he’s doing an amazing job there,” Prohm said. “Oklahoma, Fran Fraschilla had a tweet today about us, Oklahoma and Texas Tech are a combined 31-4. Kansas State’s dealing with some injuries right now but they’re still right in the thick of things. I think the league is probably another seven or eight-bid league again, without question.”

For anyone to bring Kansas’ string of domination in the league to an end, it will come down to protecting home court and figuring out ways to steal wins on the road. Wednesday night gives the Cyclones a winnable road game that could be crucial towards making a run at the league crown.

Iowa State struggled at times during its first true road test of the season last month at Iowa and will have to avoid a similar situation in Stillwater.

“I think at the end of the day, you’ve got to win your home games,” Prohm said. “If you’re going to win any league championship, you have to win your home games then it comes down to who can go win on the road? Who has the best road record in the league? That’s where I think Kansas has been able to do a good job. Not only are they winning their home games but they’ve been able to go on the road and win. Two years ago, we had a winning road record. I think we were 5-4 if I’m not mistaken. That’s got to be a goal.”

Iowa State has already gotten some experience with its entire rotation after Lindell Wigginton and Solomon Young returned for the team’s win over Eastern Illinois, but Wednesday will mark the first time they go full-strength into a game with a major conference opponent.

It will be interesting to see how Prohm and his staff continue to mix Wigginton back into the offensive attack alongside Talen Horton-Tucker, Marial Shayok and company.

“I think (Lindell)’s slowly getting back into shape. He’s shooting every day,” Prohm said. “Just trying to get in more game conditioning, but he’s been good since getting back from the holidays. As far as minutes, who knows, I think that’s just dictated by the game.”