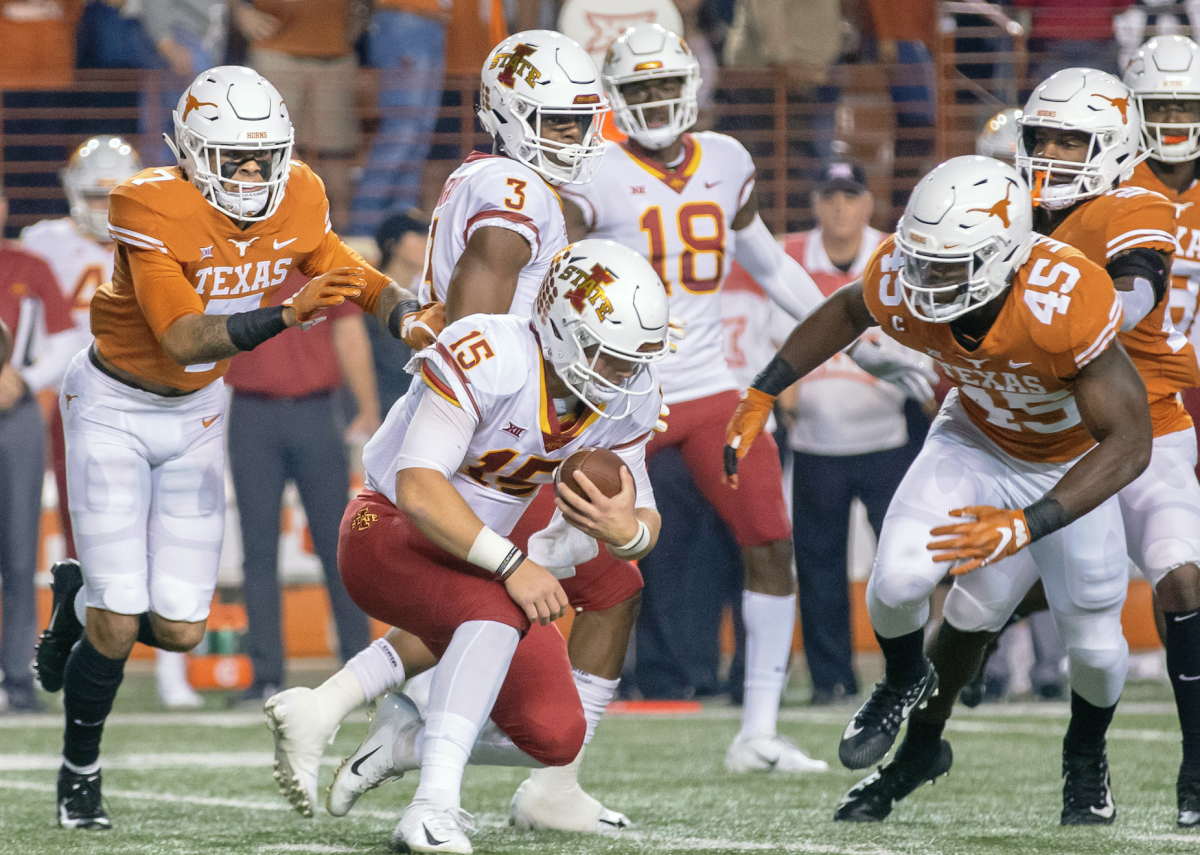 AUSTIN — Iowa State entered Saturday night’s tilt at Texas in an enviable position. With Oklahoma State’s upset over West Virginia that had occurred just minutes before kickoff, the Cyclones controlled their own destiny to play for a Big 12 championship on Dec. 1.

If you found a way to watch the game on the Longhorn Network, you saw that this one wasn’t very close.

On senior night in front of 102,789 fans, Texas outclassed the Cyclones in every aspect of the game.

“I thought this game was a game that was going to come down to physicality and quite honestly, they were the more physical football team,” Iowa State head coach Matt Campbell said after the game. “I think we really aw it on both sides of the ball early in the game. Defensively we struggled to tackle. We struggled to win at the line of scrimmage and then offensively really the same thing.”

“When you do those things in this kind of an atmosphere and this kind of a football game, it’s really the difference in winning and losing and unfortunately, give credit to them, they were the more physical football team tonight.”

The loss knocked Iowa State out of contention to participate in the Big 12 Championship Game that will occur on Dec. 1. However, with a win next week against Kansas State, the Cyclones can still win six conference games for the first time in program history.

Iowa State entered the redzone for the first time in this game with 2:16 to go. That pretty much sums up the struggles that Iowa State had with a high pressure attack that Texas brought to the table.

“I think their thought in really pressuring Brock (Purdy) and putting some pressure on him and giving him a lot of different looks and they were able to do that,” Campbell said. “I think it was hard for Brock to get into a rhythm for sure throughout the football game.”

The Cyclones only averaged 3.6 yards per play in the contest, compiling a mere 210 total yards.

Purdy completed only 10-of-23 pass attempts but there was plenty of blame to go around. The offensive line struggled to protect him and multiple drops  by wide receivers were costly.

Purdy’s one interception came after a ball slipped through the hands of Landon Akers late in the second quarter.

The Cyclones only averaged 2.1 yards per carry on the ground.

Tackling problems on the other side

Campbell referenced poor tackling by the defense multiple times following the game. It’s an issue that’s been creeping up on the Cyclones over the last few weeks and Texas was good enough to take advantage.

Late season injuries – specifically ones to Enyi Uwazurike and Datrone Young – have started to take a toll on this group.

“We’ve lost some key guys and we’ve got some new guys playing and trying to step into some situations,” Campbell said. “Our kids never quit and our kids won’t quit getting better. We’ve just got to continue to go to work, and I think that’s the thing that’s been our niche is when everybody counted us out about seven weeks ago, we went back to work.”

The Longhorns averaged 5.7 yards per play, a number that dropped significantly in the second half after Shane Buechele replaced Sam Ehlinger (injury) at quarterback. To his credit, Buechele was really good in the backup role going 10-for-10, but it was a much more vanilla offense in the second 30 minutes of play.

David Montgomery sat in the locker room with a member of Iowa State’s development staff and watched the first half while stretching and attempting to stay warm.

Iowa State’s star junior running back, who was suspended for fighting in the third quarter of last week’s win over Baylor, ran the ball 10 times for 33 yards and a touchdown during his 30 minutes of play.

“I thought that he came in and played with great burst and energy and David did everything that he could possibly do to impact the game when he got himself back out there,” Campbell said.

The problem was that Iowa State trailed 17-3 at the break.

“You’re playing a different kind of football game when you’re down 14 when he comes into the game, “Campbell said. “I think that certainly lessons his ability to impact the game as much as we would have loved to have him impact it.”

“I learned so much in the first half by not being able to stand on the sideline with my guys,” Montgomery said. “It was definitely a lesson learned.”

Iowa State lost safety D’Andre Payne early in the third quarter with what appeared to be a shoulder injury. How bad is it?

“That’s a tough loss,” Campbell said. “What D’Andre has done for us in terms of playing cover and playing safety and being so multiple for us.”

Campbell said that Payne’s status for next week is unclear.

“We’re just going to have to play it here day by day and see where we are baby the early part of this coming week,” Campbell said.

Also, Kyle Kempt replaced Purdy at quarterback in the fourth quarter. Campbell said that Purdy is not injured, only “dinged up.”

“There was a lot going on, a lot of pressure that he felt during the football game,” Campbell said. “I think more than anything, I just wanted to get Kyle into the game and see if we could settle some things down.”

The Big 12 has announced that next Saturday’s game vs. Kansas State will kick off at 6 p.m. and will be televised on FS1. 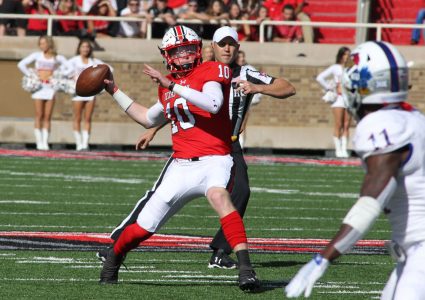