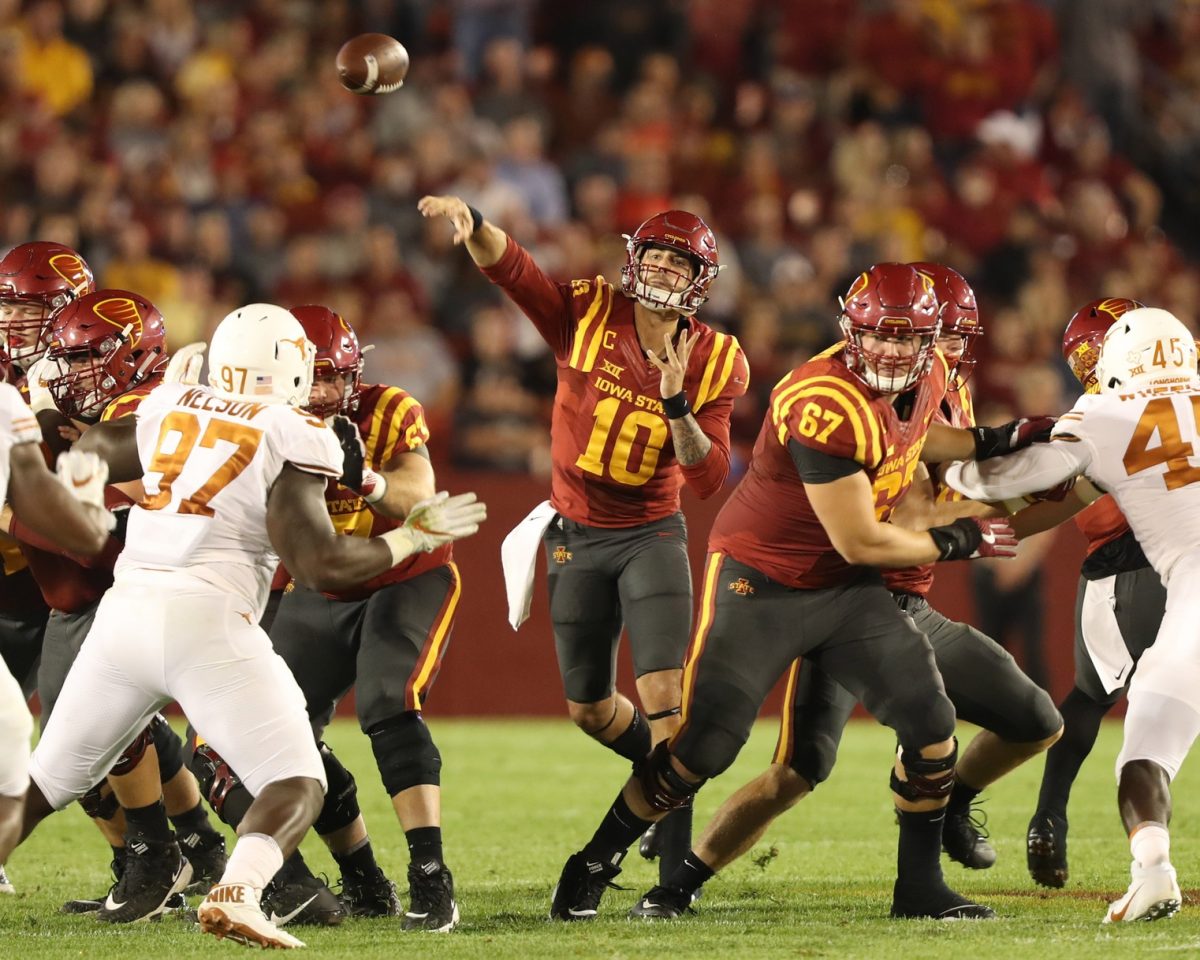 AMES — Iowa State had the ball third and one at its own 34-yard line on the first possession of the game Thursday night at Jack Trice Stadium. David Montgomery had just gashed the Texas defense for a nine-yard run. Any bettor would have put money on the sophomore tailback getting the ball again.

Instead, Jacob Park dropped back to pass and was brought down for a five-yard loss. It was the first of four Texas sacks in a 17-7 Iowa State loss on ESPN’s featured Thursday night game.

Montgomery curiously only had 11 touches the rest of the night, eight of them on the ground for 25 yards and three through the air for 15 yards. The Cyclones threw the ball 49 times with 24 completions for 246 yards, a touchdown and three interceptions.

“I think we tried, but in a situation where you’re down, in a situation where I thought they did a good job trying to take him out of the game early, it’s a situation for us where we’ve got to continue to find ways to get him the ball,” Iowa State head coach Matt Campbell said after the game. “You know, nine carries, obviously not what you want from that guy that’s been critical to you. I don’t know how many times he got the ball in the receiving part of things, but we’ve got to continue doing a great job finding ways to get David the ball. He’s one of our best football players.”

Iowa State struggled to find any sort of rhythm the entire game, its lone touchdown coming after a shanked punt that set the offense up at the Texas 28-yard line. That possession came only minutes after a Kamari Cotton-Moya interception allowed the offense to take over inside the Texas 40.

They punted after netting negative-five yards. It was the fourth and final Colin Downing punt from inside Texas territory. The first two came from inside the Texas 40.

“We were playing so good on defense,” Campbell said about the decision to punt. “I think it was that risk, reward. I think both of those worked out to our advantage. Defensively, when you’ve got momentum like that, you’re playing really good defense I think you put the game in your defense’s hands and allow them to continue to put you in really situations and they did a great job of that all night.”

The defense did do a great job most of the night — outside of Texas’ opening drive that was extended by an unsportsmanlike conduct penalty following a third down sack. As the defense got stop after stop, Iowa State’s offense failed to find success, especially on the ground where they totaled 10 yards on 15 attempts.

The flow Tom Manning’s unit had found during the team’s first three games was gone, taken away by a Texas front seven that is among the Big 12’s best.

“I thought they brought a lot of pressure in the first half of the game, which when there’s more guys on the line of scrimmage when there are blockers it puts you in a tough situation sometimes,” Campbell said. “We’ll go back, we’ll evaluate it. I’m with you. I think that you’ve got to find ways for David to continue to be a factor even in situations like that and we will. I thought we just could never get into a rhythm within the football game. You look at time of possession, I think time of possession and rushing yards are certainly key indicators of why it’s a 17-7 loss in this football game.”

*** Campbell on Iowa State’s offensive struggles compared to past games

“I think it was so different. A lot more about what they were doing defensively. I thought we caught the ball a lot better tonight to be honest with you. I don’t see a lot of dropped balls. I think we could just never find a sense of balance offensively and thats the first time this year that’s happened. When you talk balance meaning when you’re throwing it more than you’re running it and certainly those numbers were staggered. It puts you in a tough spot. We’ve got to go back. We’ve got to evaluate how we continue to put these young men in the best position to be successful for sure.”

*** Allen Lazard on the offense struggling to find rhythm

“Yeah, I think that’s just hitting the nail right on the head right there. They did a good job defensively stopping our drives. Keeping our tempo down. We weren’t really able to get into a rhythm and get an equal balance of throwing and running the ball.”

*** Lazard on the balance of plays

“We always want to get the ball in the playmakers’ handsWe . would like to get the ball to David a little bit more, but I don’t think we were getting a good enough push up front with the o-line and we were still having good success on the outside as well. I think Park just got a little bit of pressure and uneasy in the pocket, which led to a few interceptions and bad balls.”

*** Joel Lanning on the offense bouncing back

“I talked to Jacob after the game. He’s not hanging his head or anything. And the whole offense isn’t either. We’ll come back to work tomorrow. We’ll watch the film, learn from it, and just keep getting better.” 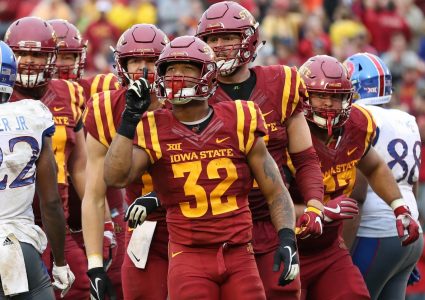