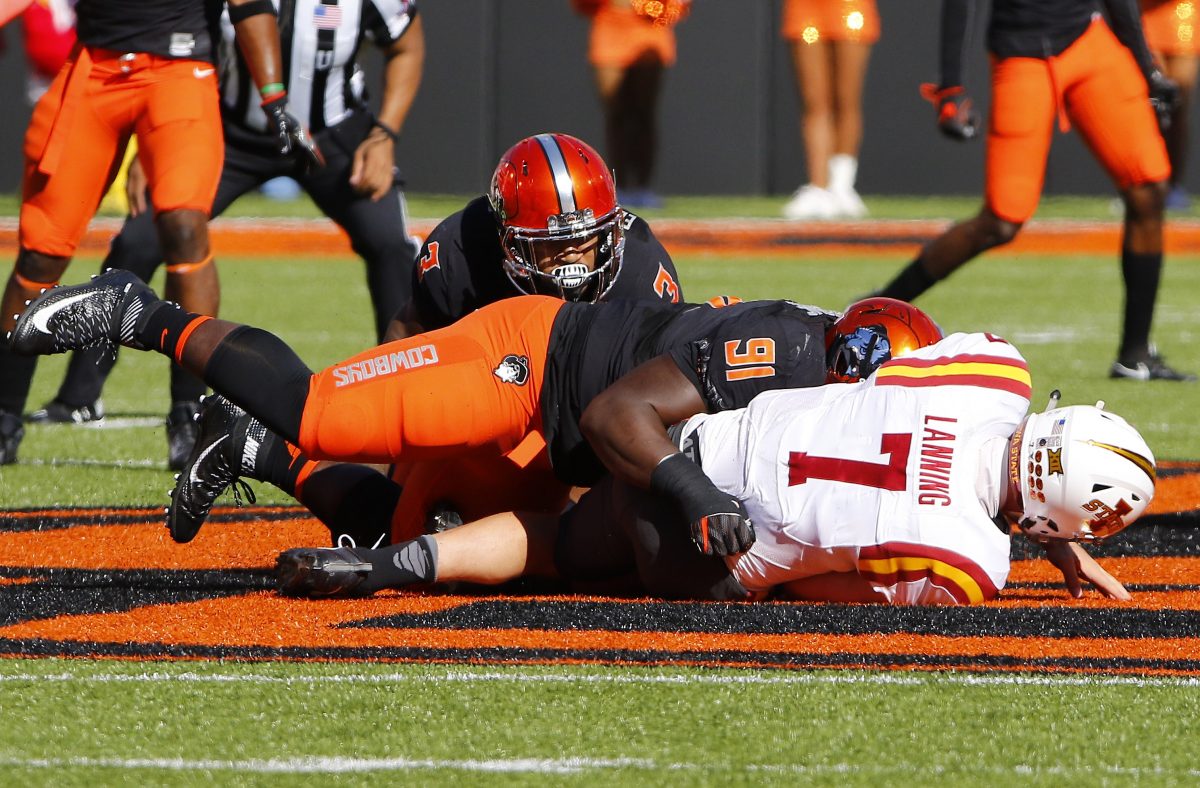 We’ve all seen this movie before.

Iowa State’s 38-31 loss to Oklahoma State on Saturday in Stillwater was déjà vu of the worst kind. One week after relinquishing a lead and collapsing in a loss to No. 13 Baylor, Iowa State did it again.

The Cyclones (1-5, 0-3 Big 12) held a 17-point lead with under three minutes to play in the third quarter. The Cowboys finished the game with 24 unanswered points to erase the deficit and hand the Cyclones their fifth loss of the season.

“Unfortunately, as with last week, there’s probably five or six football plays in this game that really dictate the outcome,” Iowa State head coach Matt Campbell told the Cyclone Radio Network after the game. “Until we go take that play, you’re going to deal with the same outcome. That’s the challenge for myself and our coaching staff and, obviously, our kids. We’ve got to find a way to make those plays.”

The Cyclones took a 17-14 lead into the halftime break. A 35-yard Joel Lanning touchdown pass to Trever Ryen pushed the lead to double-digits early in the third quarter.

It was starting to seem like the Cyclones would cruise away with a win when Allen Lazard caught an 18-yard touchdown pass, his second scoring reception of the game, from Lanning with 5:55 left in the third period to give the Cyclones a 31-14 lead.

The Cyclones could muster only 23 yards, 15 of them coming on one play, from scrimmage during the fourth quarter. Oklahoma State controlled the football, made plays when they had to and took advantage of opportunities.

Quarterback Mason Rudolph led the Cowboys to 113 yards during the final period, and 459 total yards on the afternoon. Three of his four touchdown passes came in the fourth quarter.

“Unfortunately for us, we had multiple opportunities,” Campbell said about his team’s offensive struggles in the fourth quarter. “It’s not like you don’t have guys open or you don’t not make the play. We had guys that had opportunities to make really critical plays and we didn’t. That’s kind of back to the drawing board, work ethic and our ability to pay attention to detail. We’ve got a bunch of kids on that side of the ball that are really believing in what’s going on and, certainly, having a lot of success, but that sustained success is so critical for us going forward.”

Iowa State’s defense played as well as it possibly could for most of the day. The Cyclones forced nine Oklahoma State punts and held the Cowboys to just 108 yards rushing.

Even once it was clear the wheels had fallen off the bus, after a Jacob Park interception early in the fourth quarter (Iowa State’s third turnover of the game), the ISU defense held to force a punt. The Iowa State offense went three and out.

Oklahoma State scored their winning touchdown on the next drive to cap off an eight play, 64-yard drive with a three-yard pass from Rudolph to James Washington.

“It comes down to team football and our ability to understand the value of that turnover margin,” Campbell said of the Cyclones’ four year long streak of losses in games in which they lost the turnover battle. “When you don’t win it, it makes it really hard to win football games, especially on the road against a good football.”

Iowa State will hit the road again next week to take on Texas in Austin. Stay tuned to Cyclone Fanatic for more reaction from today’s game.