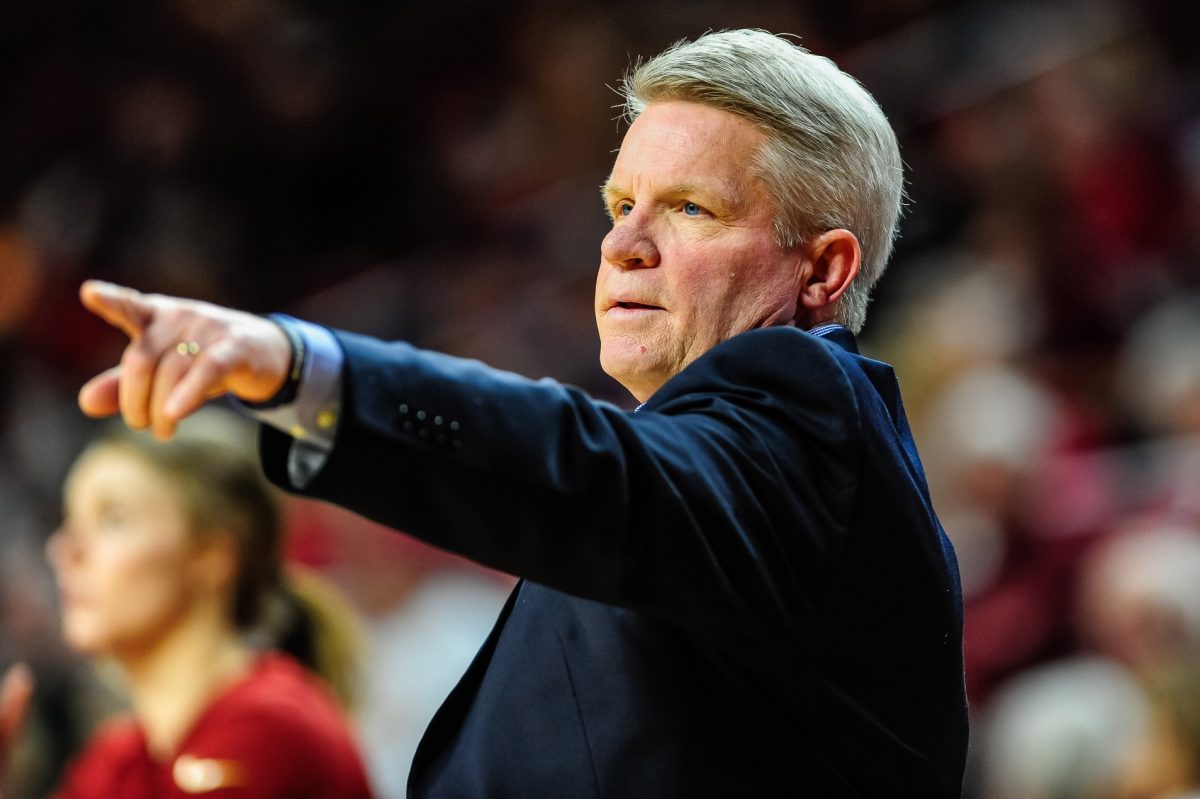 The Iowa State women’s basketball team has played in three figurative games this season, with two of them being exhibitions. Not one of its three games has ended with a score closer than 39 points apart.

Today, that streak is likely to end.

Iowa State is taking the floor against the Northern Illinois Huskies at 2 p.m. after defeating Niagara on Friday to advance to the second round of the Preseason WNIT.

“We haven’t had to prove it against a great team yet,” Bill Fennelly said. “We’ll learn a lot more on Sunday, probably a lot more than what you’ve seen the first three games.”

NIU is coming off of an 89-80 win against Yale, which is a really high scoring game in women’s basketball.

Without even watching the film, it’s not a hard guess to say NIU plays fast basketball.

“The only thing I know is that they won and [the score] was 89-80,” Fennelly said. “Coach Steyer is doing the scouting on that. I will say that we had a little bit of discussion about them during the last five minutes of the game. They can really score. The 89 is not an aberration of them. We played them a few years ago and it was a really high scoring game.”

So, what does the team do when they’re thrown into the fire like this against one of the faster teams they will play the entire season?

“Play faster,” Fennelly said. “I think both teams can score. I don’t know that either team is going to talk a lot of defensive prowess. We’re going to have to make some shots.”

What the teams will be talking a lot about leading up to this game is free throws.

Fennelly’s squad missed ten on Friday to his dismay.

While Fennelly was disappointed in Iowa State’s performance at the line, his eyes lit up when talking about NIU’s last game.

While they’re in a single elimination tournament, the Cyclones will also look at conserving the minutes that each player is on the court, if possible.

If they advance, the team will have played on both Friday and Sunday afternoon going into the third round game that is scheduled for Tuesday.

That, and play fast.

“We’re going to have to play really well and we should,” Fennelly said. “When you get to the second round of this tournament everything should go up. It’ll go up (today) and we’re looking forward to it.”