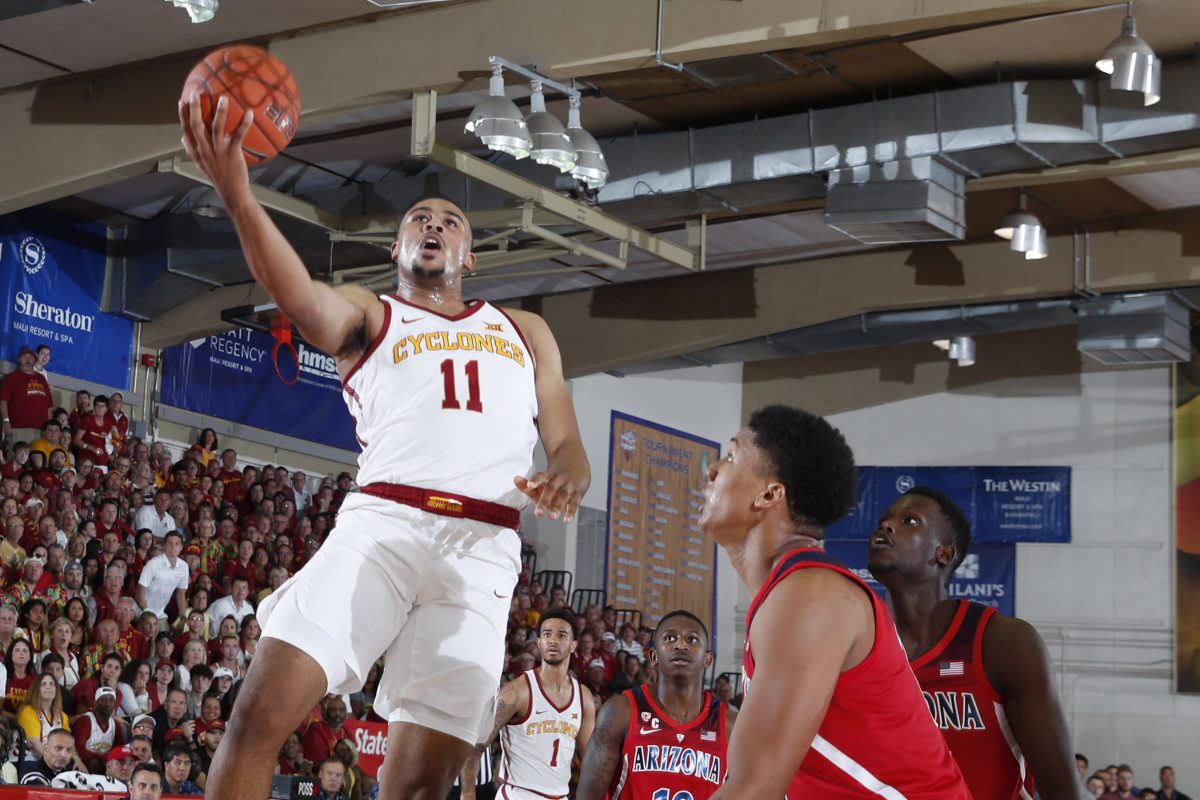 Nov 19, 2018; Lahaina, HI, USA; Iowa State Cyclones guard Talen Horton-Tucker (11) takes a shot against the Arizona Wildcats in the first half during round one of the Maui Jim Maui Invitational at Lahaina Civic Center. Mandatory Credit: Brian Spurlock-USA TODAY Sports

Bill Walton has a new favorite Cyclone and it is easy to understand why.

Freshman guard Talen Horton-Tucker poured in 26 points on 8-of-14 shooting, dished six assists and grabbed 14 rebounds on Tuesday to lead Iowa State to an 84-68 win over Illinois in the consolation bracket of the Maui Invitational. With the win, Iowa State advances to face San Diego State at 1:30 p.m. on Wednesday.

Iowa State dominated the second half of the game out-scoring Illinois 50-29 in the second 20 minutes behind 22 points from Horton-Tucker.

The freshman from Chicago was joined by Michael Jacobson, 23 points on 7-of-8 shooting and eight rebounds, Marial Shayok, 17 points, and Nick Weiler-Babb, 10 points and five assists, scoring in double-figures.

The Cyclones held Illinois to just 38 percent shooting from the field and 36 percent from behind the 3-point line. They also became the first team to turn the ball over fewer than 20 times against the Illini this season finishing with just 13 turnovers on the evening.

Iowa State finished the game shooting 49 percent from the field, 57 percent in the second half, and knocked down eight 3-pointers after shooting just 4-of-20 from deep in the loss to Arizona on Monday.

Walton declared Horton-Tucker was the best player he had seen in the tournament after calling four games across the event’s first two days. He was clearly the best player on the court on Tuesday, out-dueling former AAU teammate Ayo Dosunmu, who scored 13 points for the Illini.

The Cyclones and Aztecs will play for fifth-place in college basketball’s marquee preseason tournament. 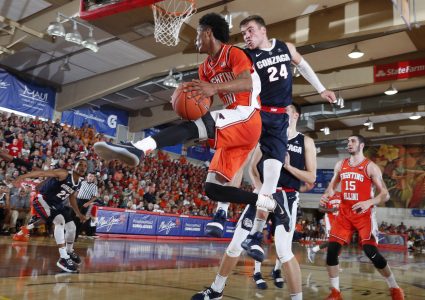