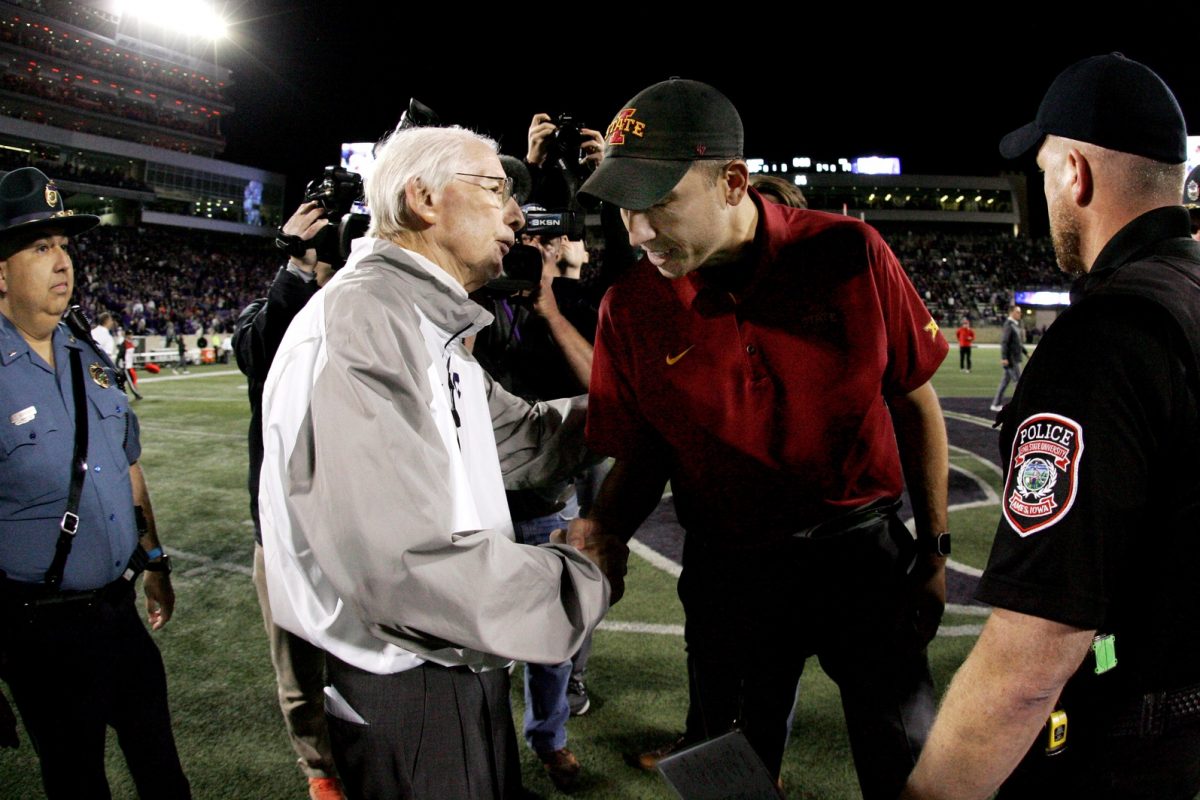 And the common foe: this Saturday’s opponent, Kansas State — the only Big 12 team ISU has failed to beat in the past decade.

“It’s just been (expletive),” said Woody, who rumbled for the game-winning touchdown in one of the program’s biggest wins, a 37-31 double-OT triumph in 2011 over No. 2 Oklahoma State. “I don’t know if you can print that, but you get so close and then at some point you expect one of the breaks to go the other direction. Like, the old expression of make your own luck — make your own luck, but at some point, luck has to come back, right? So I think, also, a lot of teams feel that against Kansas State, it’s just not a lot of teams have felt that way for this long a time.”

The most recent inexplicable letdowns against the Wildcats came during Woody’s postgame reaction stints.

In 2015, the Cyclones fumbled twice in the waning moments and also failed to take a knee that could have run out almost all the clock and K-State prevailed 38-35.

In 2017, Referees picked up three flags — one, for pass interference on the player defending ISU’s Allen Lazard that would have sealed a Cyclone win. Instead, the Wildcats survived 20-19.

Either way, the Purple Cats have been ISU’s proverbial white whale — and something’s gotta give Saturday at 6 p.m. (FS1) at Jack Trice Stadium.

The Cyclones (6-4, 5-2) could earn six conference wins in a single season for the first time in program history and cement their first back-to-back winning regular seasons since 2004 and 2005.

So, past and present collide to make this a huge game.

“We’ve got to keep pushing forward,” said backup quarterback Kyle Kempt, who engineered several big wins last season as the starter. “We had a tough loss (last week at Texas) and now the outside world’s like, ‘What do you got left to play for?’ Well, we still have everything to play for. We still are playing a team we haven’t beat in 10 years. We’re playing for a chance to send our seniors out the right way and obviously you play for a postseason game, as well.”

Not that the Cyclones — winners of five of the past six games — are fixated on that.

“We’ve just got to do our jobs and limit our mistakes,” senior linebacker Willie Harvey said. “And we’ll be fine.”

All hew to Matt Campbell’s inviolable “one day at a time” approach, even though they’re well aware of what could be in front of them if things plays out as planned against the Wildcats (5-6, 3-5) on what will officially be Senior Day despite the addition of a non-conference matchup with nearby FCS non-scholarship Drake on Dec. 1.

“I’m just grateful for my journey,” senior all-Big 12 cornerback Brian Peavy said. “To not win games, to win games, shows that the process works and shows that if you stick with something it will be fruitful at the end.”

The Cyclones are a 13.5-point favorite against K-State, which needs one win to attain bowl eligibility in what could be longtime coach Bill Snyder’s final season.

It’s been a remarkable run for the 79-year-old College Football Hall of Famer — and not just at ISU’s expense.

He’s twice resurrected a moribund program and kept the Wildcats at least competitive on a year-in-year out basis.

“The thing that is the core of their being is just fundamentals,” Woody said of Snyder-led teams. “Easy, boring fundamentals. It’s two hands on the ball. It’s special teams. It’s gap-soundness on defense and, ‘I don’t care if you’re talented as long as you can do a fundamental job.’ That more often than not will lead to success. … It’s not a scheme. It’s not a mantra of anything. It’s just doing everything fundamentally sound and boring. And I mean boring as a compliment.”

ISU, as Woody noted, goes about conjuring wins in much the same way. Play sound football. Take what the opponent gives you. Force them to make the critical mistakes.

In essence, “boring” works — and often produces an abundance of excitement as its winning by-product.

Like on Saturday, if the Cyclones can quash this confounding 10-game skid by adopting a stoic, not charged approach to the task.

At least one thing’s for sure: Woody won’t be filling in on Saturday night’s Cyclone Radio Network postgame show. 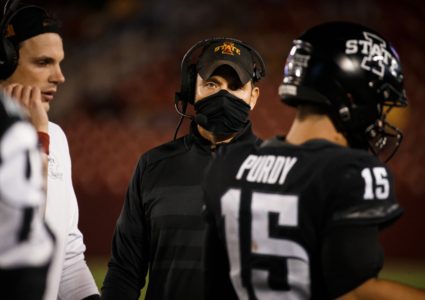 GRAY: Twenty years ago ISU made history in Arizona. Saturday, the Cyclones can up the ante.

MONDAY MUSINGS: Can 10 years of frustration finally come to an end?