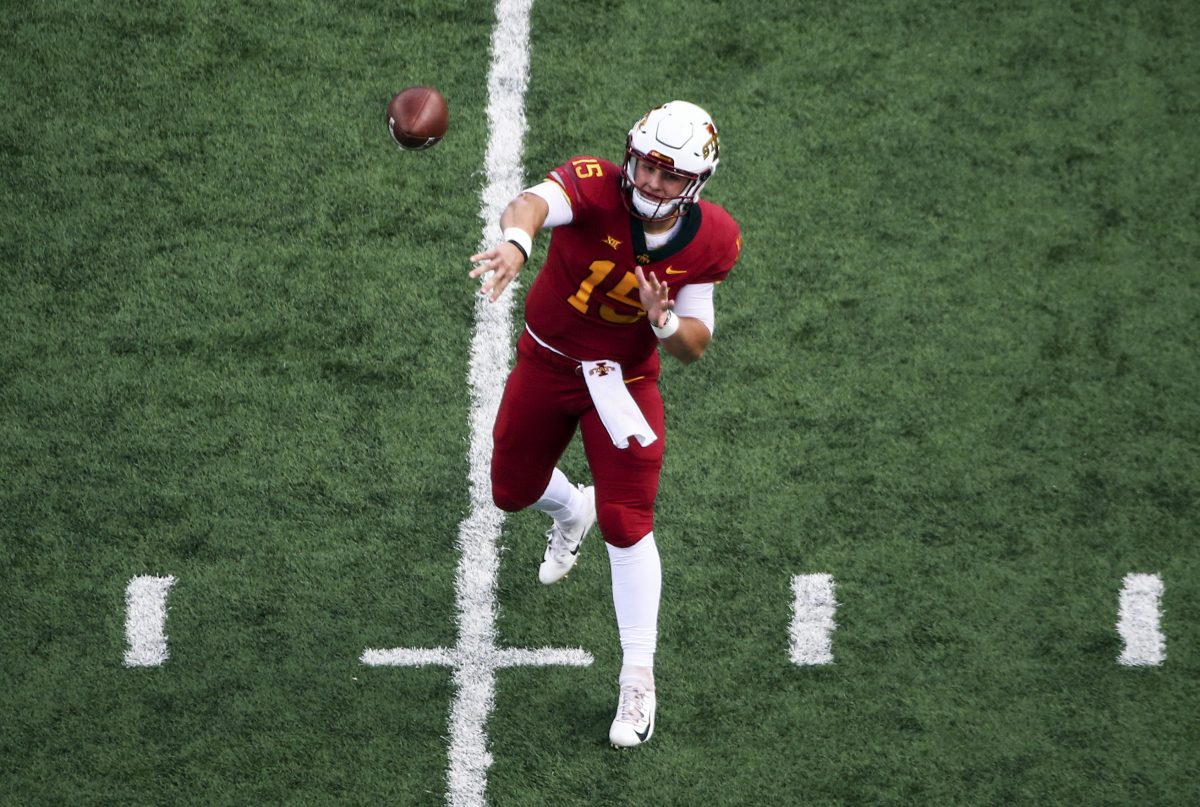 While dreams of playing for a Big 12 championship dance in the heads of Cyclone Nation, Matt Campbell and his team are thinking about today, which should not come as a surprise to anyone who has closely followed this program during the Campbell era.

Iowa State’s head coach was asked on Monday’s Big 12 teleconference about the potential to play for the league’s title. Unshockingly, he has not given it much thought.

“It’s something I probably haven’t put much if any thought into,” Campbell said. “For us as coaches and our players is just focusing on the present. We put ourselves in a unique position early in the season where we didn’t get off to the start we wanted to. I think if we would’ve looked ahead probably a lot of guys would’ve quit or bailed, but we didn’t. Now, being able to kinda turn things around a little bit and start to have some success, I think it’s the same situation.”

The path to the title game scenarios have become one of the hottest topics among Cyclone fans in recent weeks. At the end of the day, they all boil down to one major point — Iowa State has to win out during the three-game stretch to close the season.

Campbell says the team is focused on looking at the game — a 2:30 p.m. kick with Baylor on Saturday at Jack Trice Stadium — in front of them rather than doing the mental math of figuring out their path to Dallas on Dec. 1.

“The only way to continue to move forward is to really worry about the present. It’s a great question and it’s not just coach speak, I haven’t put much thought into it,” Campbell said. “Ultimately, that’s the goal of every program at the start of the season. You want to become the best version of yourself and have a chance to contend for a championship.”

*** Campbell said cornerback Datrone Young is questionable for Saturday’s contest with the Bears after suffering a shoulder injury during the second half of Iowa State’s win over Kansas. Young, who Campbell said was moving around during the team’s workout on Sunday, has recorded 12 tackles and two pass breakups so far during his redshirt freshman season.