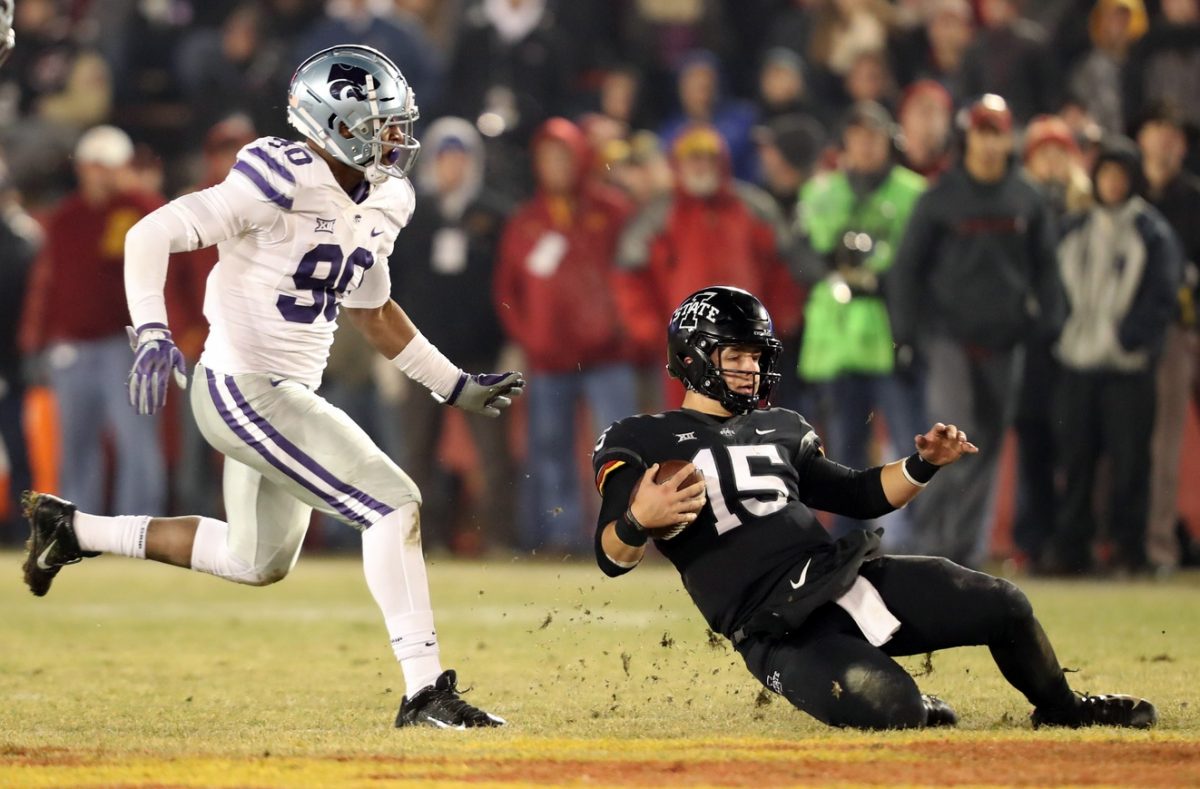 AMES — Saturday may or may not have marked the last time College Football Hall of Fame coach Bill Snyder prowled the sidelines as Kansas State’s head coach.

But if it is, Iowa State coach Matt Campbell delivered a heck of an impromptu eulogy for Snyder’s long-successful career after the No. 25 Cyclones pulled off a stirring 42-38 comeback win at Jack Trice Stadium.

“Let’s talk about Coach Snyder,” Campbell said after his ISU team overcame a 17-point fourth-quarter deficit to triumph, 42-38, before what remained of a crowd of 54,430 — a good chunk of which headed home (or back to tailgate lots) at halftime. “You get in this profession and you see guys do things the right way. Build programs. Stand for what’s right. Build a team that consistently, game in and game out, gives (itself) a chance to be successful. The honor to compete against one of the true legends in this sport is tremendous.

“I think the ability of what he’s  done and the consistency he’s done it with and standing for what’s right in our sport is really powerful. So for me, it’s an absolute honor to be able to compete against coach. We’ve had some great games over the last couple of years here and I tip my hat to that Kansas State team. It’s a team that has certainly persevered and continues to play at the level of excellence that coach Snyder has always stood for.”

For the first time in nine years, the Wildcats (5-7, 3-6 Big 12) won’t be bowling. They dominated the Cyclones (7-4, 6-3) in the trenches for most of the game, were plus-two in turnovers and still couldn’t find a way to extend their winning streak to 11 in the series.

Snyder, according to Blair Kerkhoff of the Kansas City Star, was visibly shaken after a rare collapse in a game in which his team seemed to have total control.

K-State is now 181-30 all-all-time in Snyder-coached games it led at halftime and appeared to be destined to attain bowl eligibility again until an unlikely ISU reversal of fortunes dashed its hopes.

“I can’t tell you what my feelings are right now, because I’m not sure I know,” Snyder said, according to The Star. “I’ve never been in that situation before.”

Rarely, to be precise — but never is about right in terms of the so-called “Farmageddon” game.

Belief fueled the comeback. Desperation never set in. Trust keyed it all — on both sides of the ball.

“I think we’ve had to grow,” Campbell said. “We’ve had to learn and fail. Nobody likes to fail but that’s real. And you have to learn from your mistakes and I do think this is a group that really for the last two years we’ve learned a lot from our mistakes. It doesn’t always look like that and sometimes it doesn’t feel like that, but I really believe when you really watch it closely it’s a group that’s really demanded to learn from some of their failures. I think that’s the only way to build, to do it the right way. There’s no shortcut. It takes what it takes. I think our kids really have continued to persevere.”

Paul Rhoads brought Willie Harvey to Ames. Matt Campbell helped bring the best out of him. Both coaches made the right call on the Florida native, whose strip-sack of K-State quarterback Skylar Thompson midway through the fourth quarter helped key the Cyclones’ win.

“That play in the fourth quarter, I think he’s the guy that hits him,” Campbell said. “Sacks him (and) Mike’s able to pick the ball up and obviously score. Willie, again, there’s another guy that has never been perfect, but he’s been willing to listen and willing to get better. What you’ve gotten now is you’ve got some of his best performances when this program’s needed it the most. I thought a really powerful play. You could see it in his eyes coming out of halftime. A guy that really believed that we could still go win this football game and made a couple plays for us that really ended up changing the game.”

Harvey took pride in helping his fellow seniors go out with a ‘W’ in his last conference game at Jack Trice Stadium.

But a special someone in the crowd made the victory extra special.

“Man, first of all, my mom’s here, so this means the world to me,” said Harvey, who provided both of ISU’s sacks in the game. “She hasn’t been to a game in like two years, but just for the seniors, just to go out the right way … and to show the younger guys, ‘Man, we’re doing this for y’all as well? We’re trying to leave a legacy to really build this program.”

But did he look up in the crowd to find his mom once the win was sealed?

The Cyclones’ head coach has referred to his seniors as being a collection of “misfit toys” — a nod to the fictitous island inhabited by such creations in the TV holiday classic, Rudolph the Red Nose Reindeer.

He took that message up a notch while describing yet again what backup-turned-starter-turned-backup sixth-year senior quarterback Kyle Kempt has meant to the team.

“I think Kyle is the epitome of Iowa State football,” Campbell said. “He’s a person that has taken advantage of every opportunity because his work ethic has prepared him to do so. I say this to our kids all the time: we’re the land of the misfit toys, right? There are no four-star, five-star — there’s no four-star coach. Every one of us has kind of come from the ground up. What we have to do is we have to work harder, we have to study harder, we have to prepare harder and develop harder than anybody we play. And that’s OK. That’s who we are. I think Kyle is the epitome of that. Land of the misfit toys, he might as well be the leader of the misfit toys. I think for us, not high with the highs, or low with the lows, I think it’s really what we set out to do from the get-go. Winning and losing has always taken care of itself in this sport. If you’re willing to do the little things right with great consistency it always takes care of itself. This group, I think, is continuing to find that out and I thought we made a really big stride today, certainly.” 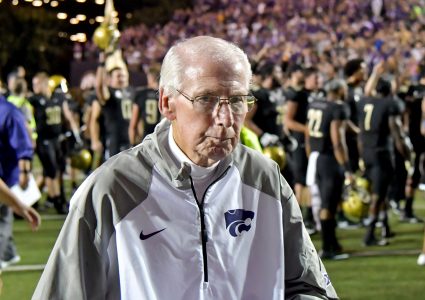