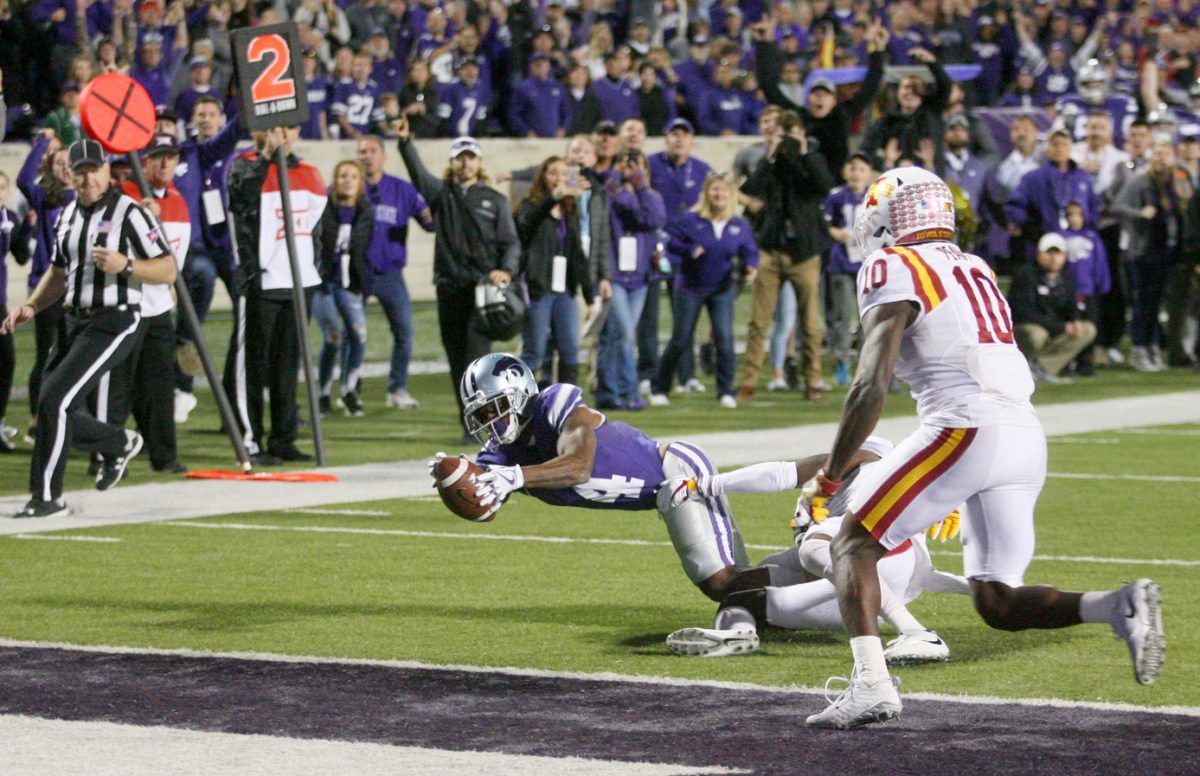 Yes, he spoke intensely with officials about it.

But no, Campbell would once again shun the well-trod path toward excuses.

“There was a false start by the right guard on that play, and we’ll go back and watch it,” said Campbell, whose team led 19-7 in the fourth quarter, but ultimately fell to the Wildcats for the 10th straight time. “It happened. So unfortunately it got missed and that’s football, that’s life.”

It seems a peculiarly common fact of life for Cyclone fans, who saw their team — the least penalized group in the big 12 — whistled for five penalties in the first quarter alone.

“The reality of it is it comes down to a little bit of detail,” Campbell said. “And unfortunately when we had the opportunity to put the game away in some instances, we didn’t do it. Give their kids credit. They did a great job.”

Officials, however, were inconsistent.

Two flags picked up during Iowa State’s final drive that could have sealed the game stood out.

The first came when quarterback Kyle Kempt slid to avoid a hit but was hit anyway. A flag immediately came out, but the officials talked and determined it wasn’t a flag-worthy offense.

“They thought it was, the term was, they didn’t think it was forcible contact,” said Kempt, who threw for two touchdowns after returning from a two-game absence because of injury. “I mean, that’s their call.”

And Kempt later hit Hakeem Butler for a first down on a third-down play that followed the picked up flag, so it didn’t set the Cyclones back long-term.

What did hurt the most: Deciding to pick up a flag after record-setting senior receiver Allen Lazard appeared to be interfered with a few plays later.

It was third and six and the call would have given ISU a first down at the Wildcats’ 35 and a goods chance to run out the clock. Instead, officials talked it over and decided there had been no foul on that play either. The Cyclones punted and K-State eventually scored on the game’s final play to seal the comeback.

“We felt like we had the game won and it was just taken from us,” Lazard said.

Lazard didn’t leave that comment hanging in the ether, though. He commended Kansas State. He noted that the Wildcats are always “persistent” and that’s what makes them so hard to beat.

But the inconsistent calls will stick with fans, if not players and coaches for a long time — and for good reason.

Still, what was Campbell’s postgame message for his team?

“Pretty much that it sucks, but it’s not season-defining,” senior linebacker/quarterback Joel Lanning said. “We’ve got four more quarters that we have to prepare for and pretty much say we’re not going to let the senior class go out losers. So we’re going to do everything we can to win that final game.” 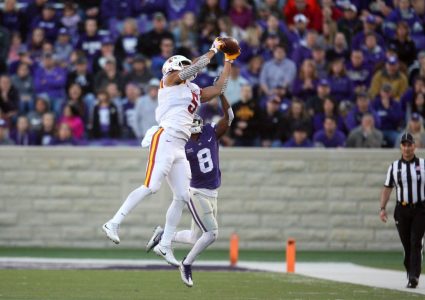