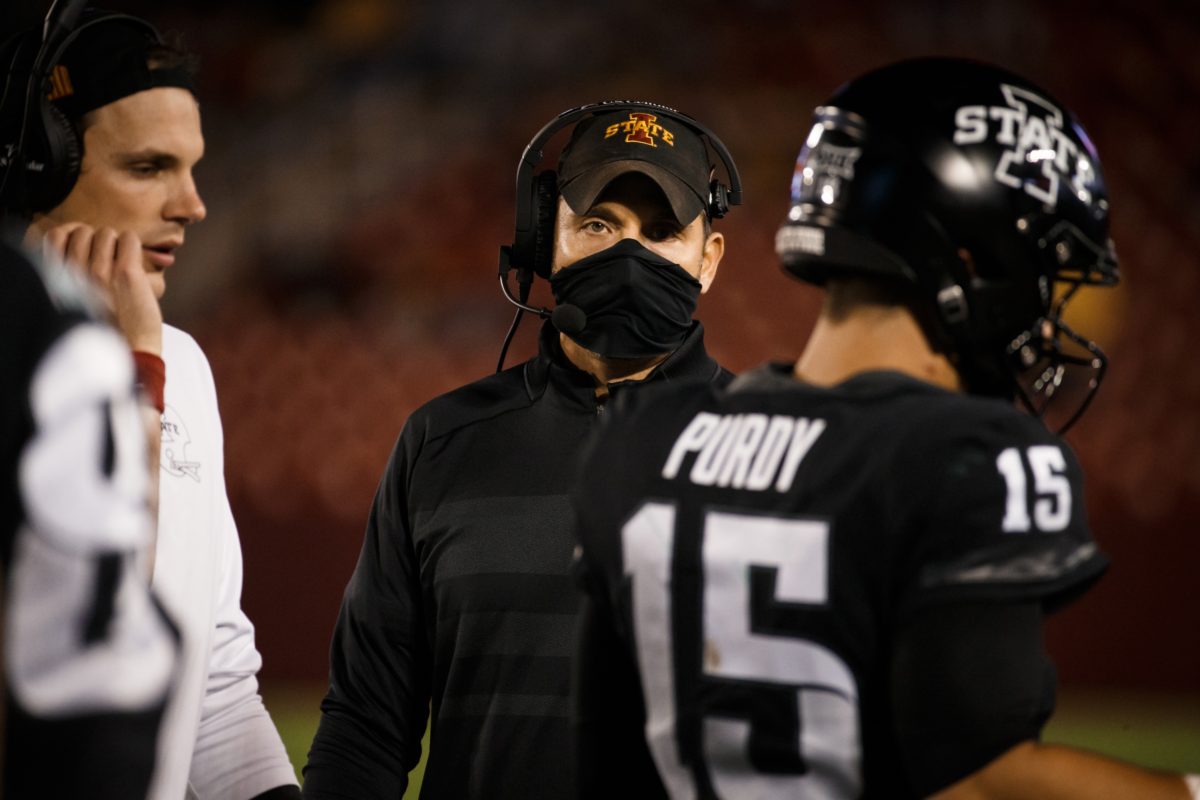 Iowa State’s football team would actually be featured on ESPN.

In its first bowl game in 22 years.

At a major league baseball stadium in sunny Phoenix, Arizona.

But all then-Cyclones star senior quarterback Sage Rosenfels could do was tell himself not to press; to shrink the spotlight cast by the 2000 Insight.com Bowl matchup with Pittsburgh, not bask in it.

“It was very a very stressful time for me personally,” said Rosenfels, who helped ISU to its first-ever bowl win that night and went on to forge an eight-year NFL career. “And number one was because I just wanted to win the game so badly. You know, there’s like preparation for a game or whatever, but when it’s actually like, man you want to win it so badly, it’s like the weight of the world is on your shoulders and you want everything to be perfect. … Really wanted to be part of a team that was the first team to win a bowl game (at Iowa State) and that was five years in the build up of that.”

Rosenfels will be there in the greater Phoenix area, just not how you might think. His daughter is playing in a soccer tournament that was moved from Southern California to Scottsdale, so he’ll be watching her shine on the pitch instead of futilely angling for entry into the no-fans-allowed State Farm Stadium.

“Wish I was going to that game,” Rosenfels said. “Even my daughter, she was like, ‘If I were you, I’d skip my game if it’s at the same time,’ which is sort of funny.”

Laughter, sweat and tears helped push Rosenfels and his fellow 2000 Cyclones into rarified territory. The program notched nine wins for the first time — a record that still stands, and Campbell’s team can match. But history’s not the focus. Wanting to win so badly — and finding a way to ease fraying nerves — commands the current Cyclones’ complete attention.

“Yeah, I mean, I came here for a reason, to help get this program going with coach Campbell and everybody,” ISU quarterback and Phoenix-area native Brock Purdy said this week. “And so to be able to get to a New Year’s Six bowl, for me, is pretty astonishing and it feels great. But we still have to go there and win the game. It’s not just to get there.”

“I think the belief that Matt Campbell sold and the belief that Dan McCarney sold were very similar,” Rosenfels said. “Trust in the work that you’re gonna put in every single day and at some point, it will pay off, you’ve just got to believe me type of thing. So there are definitely some similarities. Those guys are both great speakers, both great talkers. Both have very windy press conferences, as (Cyclone Fanatic columnist) Brent Blum would like to say. So definitely some similarities. Great leaders of men. And in college football more than pro football, that is absolutely vital. The leadership of a program and the head coach and the way they treat people, the way they talk to people, the way they work every day. They really set the standard and I think what Matt Campbell does — and it just seems that the players who play for him absolutely really like him. And they really enjoy playing. I promise you, if you went around and asked every college football player around the country, ‘Did you really enjoy your experience? Did you really enjoy your head coach?’ A lot would say no because it’s extremely hard work. It’s grunt work. It pushes your body and your emotions to the limits — like all the time — and that can be torture or that can be a positive. The way Matt Campbell does it, it’s very positive. Sort of, I guess, forward thinking of how he motivates his players every day.”

It starts with almost blind faith and ends in total trust.

“He’s the same person he is every day,” Kolar said. “I really appreciate that about him. I appreciate the way he leads his team. I think he appreciates how I work and stuff. But I think there’s a lot of respect both ways, and I’m just truly grateful for playing underneath him.”

Rosenfels feels the same way about playing under McCarney, who unlike Campbell, had to fully re-energize an apathetic fan base that hadn’t sniffed the postseason in more than two decades — and on a bare-bones budget, to boot.

“Working out in the basement of the State Gym,” Rosenfels recalled. “Really no facility. There was no money whatsoever; an extremely tight budget with getting an extra pair of socks or a workout shirt. I mean, it wasn’t like they were just handing gear out. So it’s almost like, I think, over the last 20 years and really since that bowl game, no players that are new to the program will ever understand where it was at that moment in time and how low it was and kind of how sort of like it was almost JV Big 12 football at that moment.”

Or (and I love this analogy) …

“We were racing in the Indy 500 with a Nissan Sentra or something,” Rosenfels said. “We sort of found a way to get it done.”

Campbell’s Cyclones have somehow ascended an even larger stage. Where spotlights shine whether you seek them or not. ISU has become a durable contender. No flukes. No flash in the pan highs followed by embarrassing, elongated periods of lows. Just a consistent winner determined to take another step up the ladder — and surrendered to the stress that accompanies striving for something big, something once thought nearly impossible.

“There is nothing fluky about this football team,” Rosenfels said. “There are good players. They are really well coached. They play well together — sort of all the ingredients to be successful continually and it seems like they can do that. …  That makes guys like me, guys like Ryan Harklau, or Marc Cortez and Todd Bandhauer — the guys from that era — it makes us feel great. That we were sort of the, you could say the foundation, but we were almost like the rocks before they put the concrete down as they’re building the foundation. We were at the base, base of that thing and now to see this big, beautiful result makes us feel pretty good.” 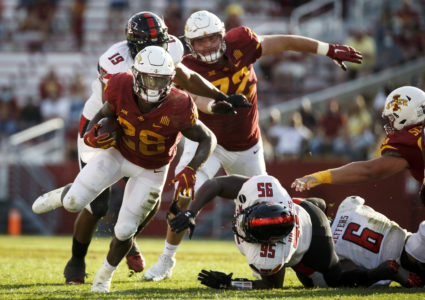 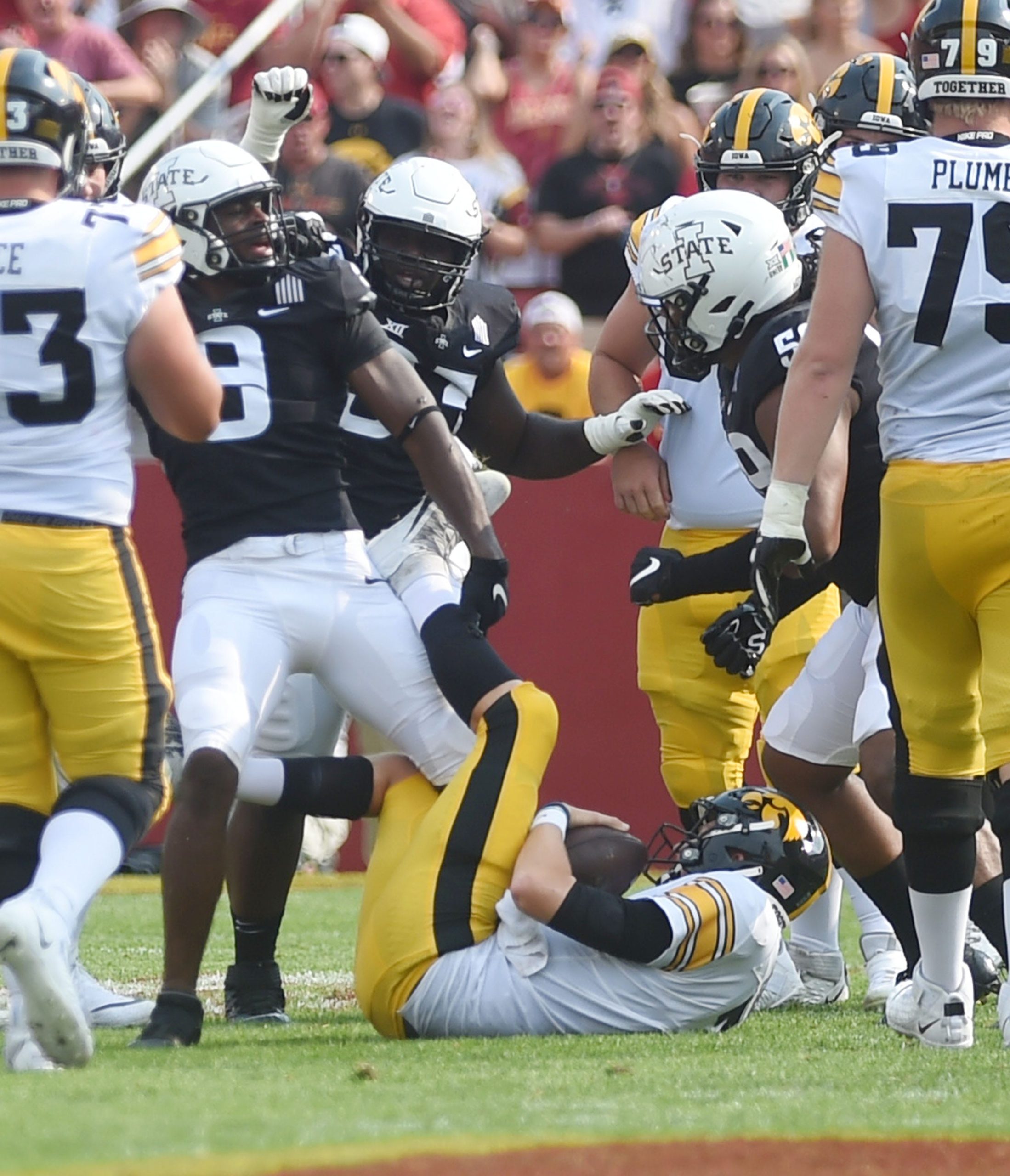