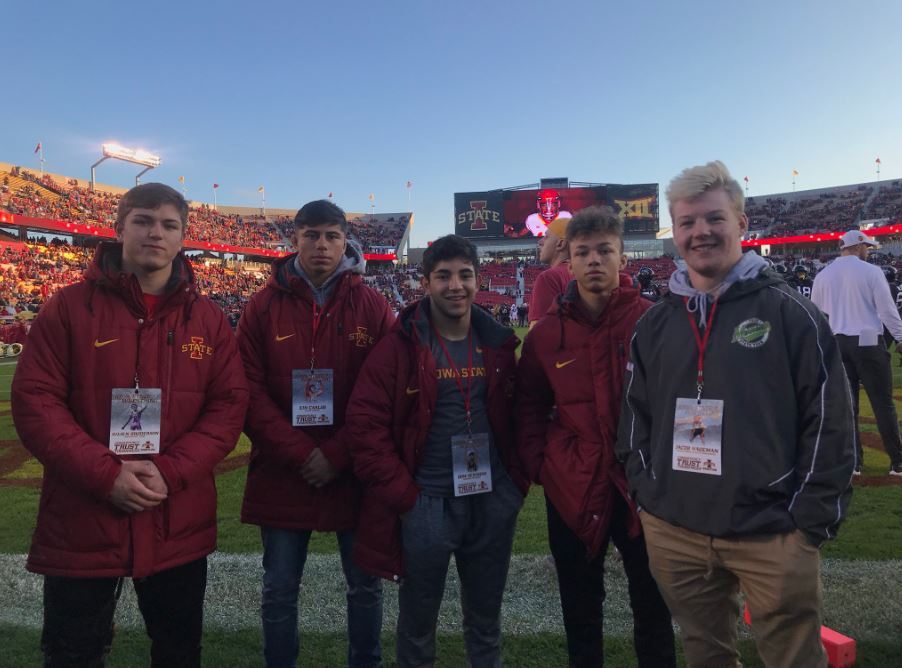 AMES — The Iowa State wrestling program has landed a commitment from Davenport Assumption’ Julien Broderson, per his Twitter account. The 182-pound prospect posted the following on Sunday morning following his visit to Ames for the Iowa State football game vs. West Virginia.

I am excited to further my academic and wrestling career at the University of Iowa State. Thank you to everyone that has supported me throughout the process #GoCyclones #Committed pic.twitter.com/uFUAkuHywk

Broderson is coming off of back-to-back state championships at s 162-pounds and 182-pounds during his sophomore and junior seasons.

He and will enter his senior year with an overall record of 115-17. He is projected to wrestle at 184 or 197-pounds in college.

Broderson is ranked at No. 15  at 182-pounds by FloWrestling.