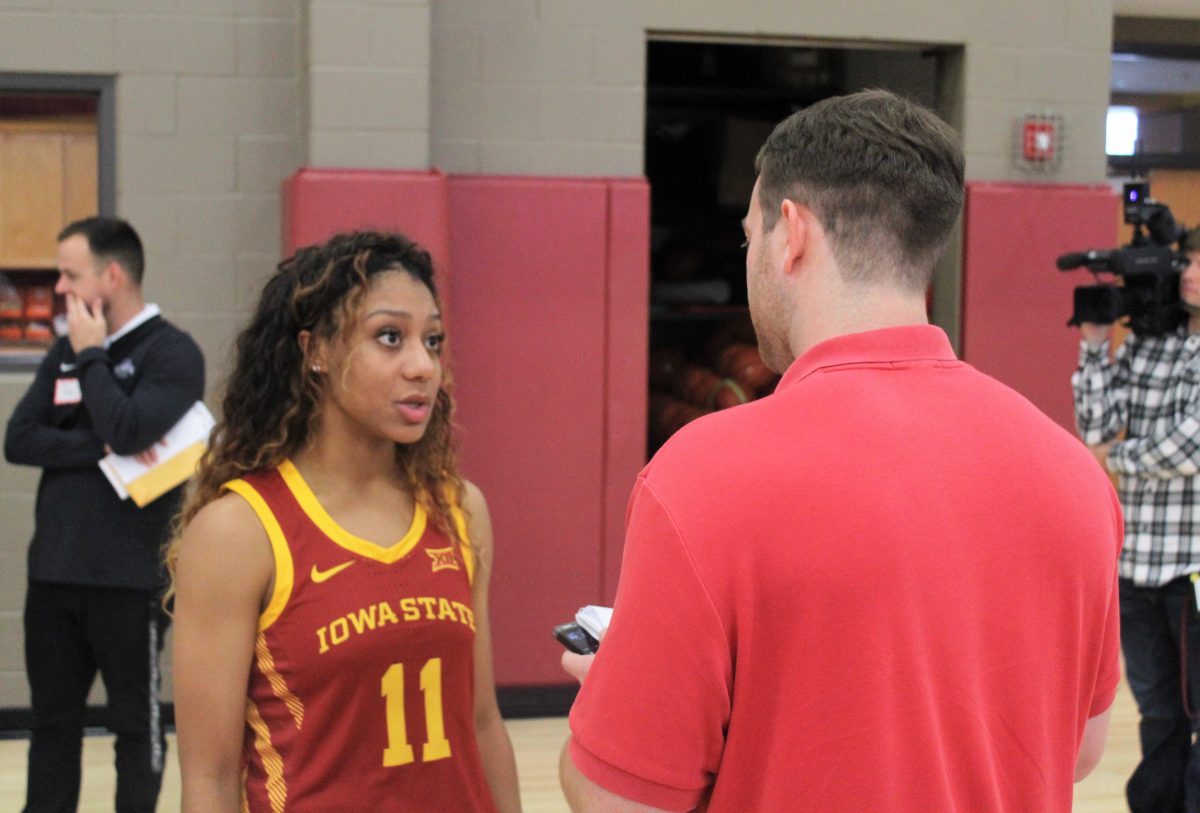 AMES – Question marks and preseason accolades are the story when looking at the Iowa State women’s basketball roster for the upcoming season.

There’s a lot to look forward to within the roster including Iowa State’s leading scorer, rebounder, and assist-getter returning in senior Bridget Carleton.

That’s not to mention Iowa’s “Miss Basketball” from last season, Ashley Joens, who is joining the roster with considerable expectations. Fans should be excited about the addition of Tennessee transfer Alexa Middleton as well.

There is good reason why Bill Fennelly called the potential upside on this team the highest that he could remember.

With every preseason comes a handful of exciting wildcards though, and Jade Thurmon appears to be one of them.

Thurmon, a junior college transfer out of Kilgore, Texas, led the nation in scoring last season and earned some praise from Fennelly as one of the fastest players in the program.

“She’s really really really fast,” Fennelly said. “Almost too fast at times. Most people say the game moves quickly and whether you’re a quarterback or point guard, the game slows down in your mind. We’ve got to figure that out. The game has not caught up to her [speed] yet.”

Fennelly mentioned Thurmon playing a role at the point guard position that is currently filled by Tennessee transfer Alexa Middleton.

“She’s been a really good teammate,” Fennelly said of Thurmon. “She’s going to play point guard for us at times so we can have [Middleton] at the two.”

During his media day press conference, Fennelly threw out the comparison to former Cyclone Denae Stuckey.

“[Thurmon] can be a really good on-ball defender. We haven’t had that get-up-in-your-grill defender [in a while]. [Stuckey] was undersized, but somehow got her hands on a lot of rebounds,” Fennelly said. “No one, I don’t care how tall you were, you did not want to see [Stuckey] standing next to you at the free throw line, because she somehow got that rebound.”

“She is kind of in that mold, but again that leap from junior college to division one basketball is a big one,” Fennelly said. “She has worked really hard at it, and I think our fans are going to enjoy watching her.”

It appears the biggest concern to Thurmon’s game will be the transition from junior college basketball to the standards of the Big 12 conference.That means adjusting to bigger arenas and better athletes.

Thurmon said that’s part of adjusting to the speed that Fennelly had referenced.

“At JUCO, there was a really quick pace, and that’s what got me by,” Thurmon said. “I’m trying to learn when to go fast and when to slow down. They’re teaching me. It’s a process.”

Fennelly reiterated that Thurmon will be fun to watch for Cyclone fans when the season gets started on November 1 against Southwest Baptist.

“She made some dynamic plays in Costa Rica because of her speed and athleticism,” Fennelly said. “I think if she can learn to shoot it a little better and learn the system, that will allow her to get more minutes.”