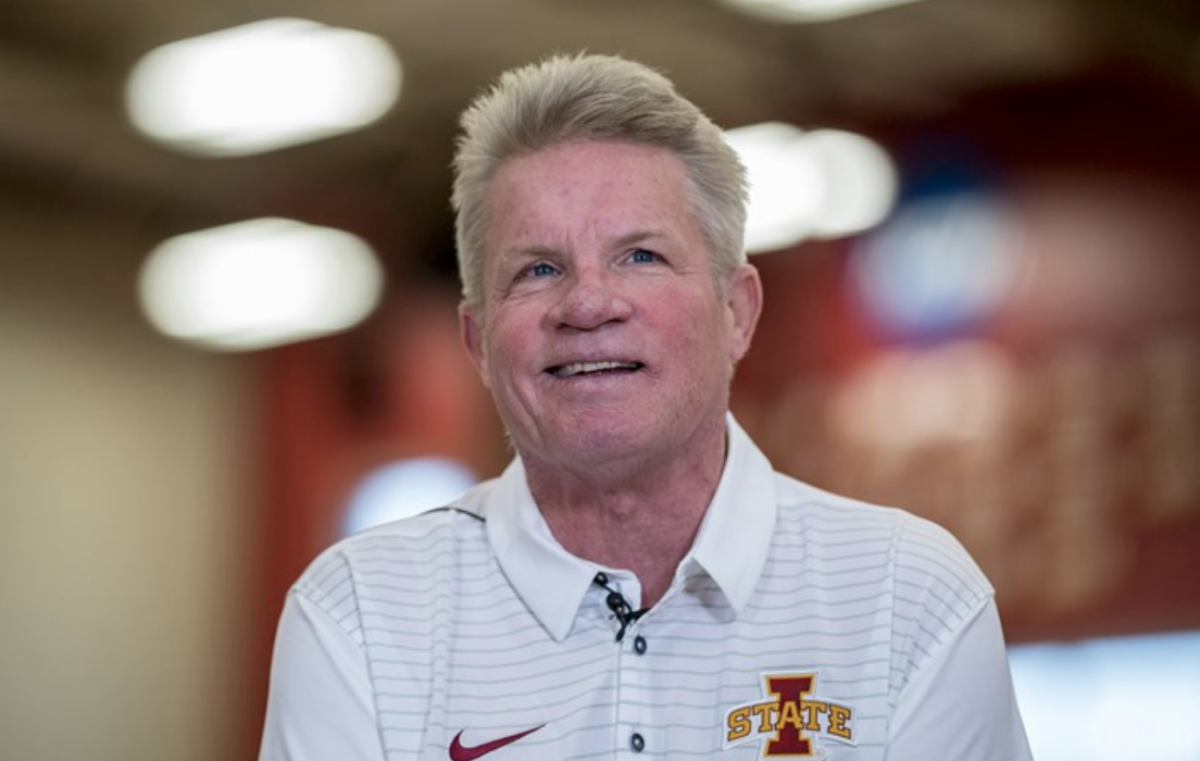 AMES — They are balanced. They are deep. They come from different parts of the world.

Those hold true, but maybe the most notable way to describe this year’s Iowa State women’s basketball team is unproven.

After a streak of nine straight NCAA Tournament appearances came to an end, the Cyclones have only seen one trip to the Big Dance in the past three years.

However with the roster that Bill Fennelly has put together in Ames this season, it isn’t hard to picture Iowa State making its return to the limelight.

“I think the upside on this team is as high as I can remember,” Fennelly said at the program’s annual media day on Monday in Ames.

That’s pretty high praise considering his 2009 team rolled into the Elite Eight after a comeback win over Michigan State. Not to mention the countless amount of tournament teams – 17 to be exact – the program has led under Fennelly’s guidance.

“Obviously, you have to go out and prove that,” Fennelly said. “We understand that.”

OFF THE RECORD PODCAST: Bill Fennelly

Fennelly’s squad features a plethora of players that have seen success at different levels of the game.

Freshman Ashley Joens averaged 30.7 points per game at Iowa City High along with being awarded the conference’s most valuable player award all four years. Joens won Miss Iowa Basketball as a senior.

JUCO Transfer Jade Thurmon led the nation in scoring averaging 23.3 points per game while playing for Kilgore College in Texas.

The accolades go on and on.

“We’ve had some people who have not had to do that at a division one level yet, but they’ve worked hard at it,” Fennelly said. “Their skill set is there. Finding the right combinations and right pieces to go together will be a challenge.”

The furthest Fennelly would go as far as what his starting lineup looked like after just six practices was three players deep.

“After that,” Fennelly said. “I couldn’t tell you.”

Fennelly’s “big three” will help decide how much success the Cyclones can garner this season.

Carleton is the headliner. The Chatham, Ontario, Canada native was present in Ames for her first practice of the season on Monday after she took a hiatus to play with team Canada over the offseason.

“It’s fun to follow someone playing on that stage and that level,” Fennelly said. “That team that she was on had just two college players. All the others were pros. She’s competing at the highest level her country has to offer.”

On top of her accolades with Canada, Carleton has been making waves in the Big 12 over the past three seasons. The senior has earned all-Big 12 first team status in each of the past two seasons and was named an honorable mention AP All-American.

“Any time you get recognized at the highest level, you [as a player] have to be good and your team has to be good,” Fennelly said. “For her to be a first team all-conference Big 12 player on a team that really wasn’t that good speaks volumes about her. I would be shocked if she’s not a preseason all-conference player. I would be shocked if, at the end of the year, she’s not going to be talked about as one of the best players in the league.”

Along with Carleton, Fennelly mentioned Tennessee transfer Alexa Middleton and sophomore forward Madison Wise as players that would start if the team had a game tonight.

Middleton is transferring from one of the top programs in collegiate women’s basketball and is now eligible to play for the Cyclones this season.

“We want to make the NCAA Tournament,” Middleton said. “We’d love to compete for a Big 12 championship. We think we can make a run.”

At Tennessee, Middleton led the Lady Vols in 3-pointers during her junior season at the guard position. Though, both Fennelly and Middleton spoke about her playing point guard once she sets foot in Hilton Coliseum.

“What led to the decision [of her playing point guard] is [that] I liked her mindset,” Fennelly said. “I liked her toughness. I liked the way that she understands the game. She thinks like a coach. She’s a leader. That’s the kind of point guards that we’ve had here and I think that’s her natural position. I really do.”

Lastly, on the other side of the big three, is Wise. As a freshman at Iowa State, Wise averaged 8.7 points per game and shot a team-high 41.4 percent clip from the 3-point line. Fennelly said to expect growth from Wise and she is bigger, stronger, and faster than she was during her rookie campaign.

“There’s a lot of growth,” Wise said. “Last year, we didn’t have the greatest season. So, this year I just expect to keep getting better, try to make my teammates better, and go from there.”

Behind those three, there’s nothing but depth.

The Cyclones return eight players from their 2017-18 rotation along with the new players Fennelly added over the off-season.

Fennelly also mentioned Adriana Camber at the wing position, Inès Nezerwa, and Meredith Burkhall as players that were in the mix for his starting five.

“You start adding the other pieces,” Fennelly said. “We’ve been very competitive in practice. We have 14 kids and we’re moving a lot of people around, so hopefully, that will give us the chance to have a lot of different lineups and find the right group at the right time to have some success.”

Iowa State will kick off its season with an exhibition game against Southwest Baptist on November 1, tipping off at 6:30 p.m.