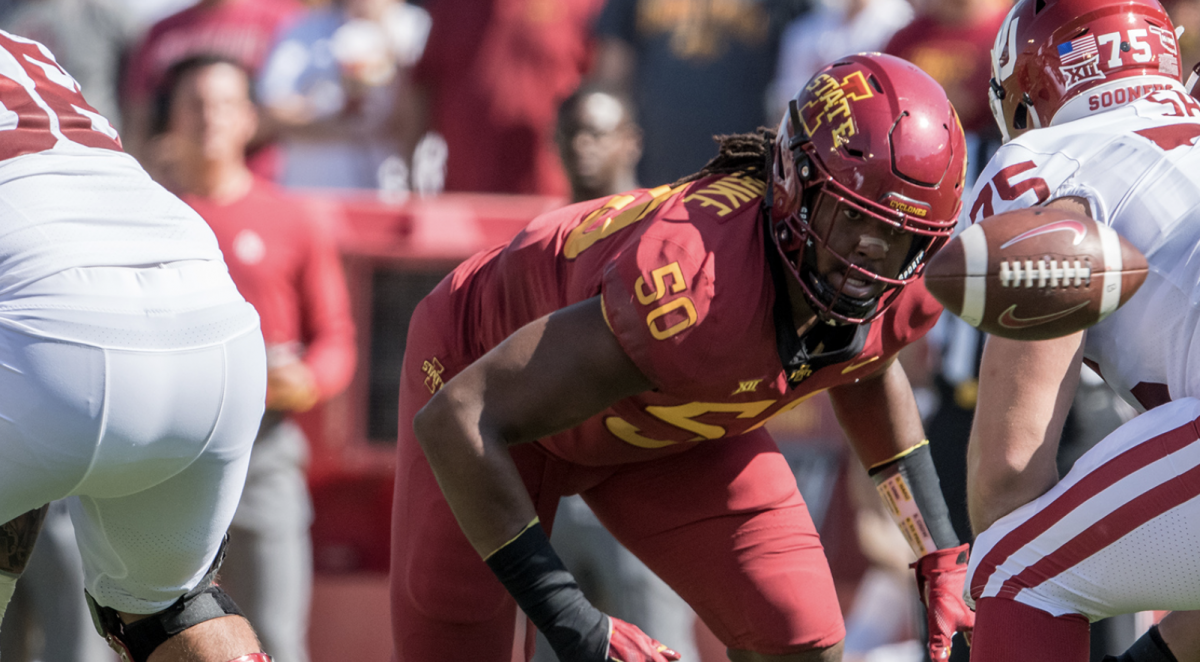 Iowa State sophomore defensive end Enyi Uwazurike will have surgery on a hamstring injury suffered during the team’s 40-31 win over Texas Tech and is expected to miss an extended period of time, head coach Matt Campbell said on Monday’s Big 12 teleconference.

“Probably about an eight-week deal,” Campbell said. “So, to say he is out for the entire year probably is not true, but out for an extended period of time, I would say definitely.”

Uwazurike was hurt on the first play of the Cyclones’ win over the Red Raiders, the program’s third-straight win and seventh-straight in the month of October spanning the last two years. The Detroit, Mich. native has recorded 23 tackles, five tackles for loss and a sack so far this year.

If he is able to get back on the field in the eight-week span Campbell mentioned, it would put Uwazurike in position to return to the field for a potential bowl game. But, in the meantime, the Cyclones will be forced to rely on some of the depth they have along the defensive line, most notably junior Matt Leo.

“We’re really fortunate there,” Campbell said. “Matt Leo went in and probably played his best game of his career, a lot of production, played really well. So did Spencer Benton. It is an area where we feel we’re really fortunate that we’ve got depth, but certainly feel for Enyi because he’s played great football for us this year.”

*** Iowa State struggled mightily on special teams during the win over Texas Tech, continuing an ailment that began in the upset win over West Virginia two weeks. Campbell said they are reevaluating some of the stuff they do on their different special teams units this week.

“It’s an area for us that over the last couple weeks we’ve got to get better,” Campbell said. “It’s a matter to me that whether’s it’s simplifying what we’re doing schematically or whether it’s getting our kids in the best position possible. You know, I feel like we’ve got some really talented players and our kids invest. We just have to do a better job and it obviously starts with me of making sure that we’re not doing too much or we’re letting our kids be the best possible versions of themselves they can be.”