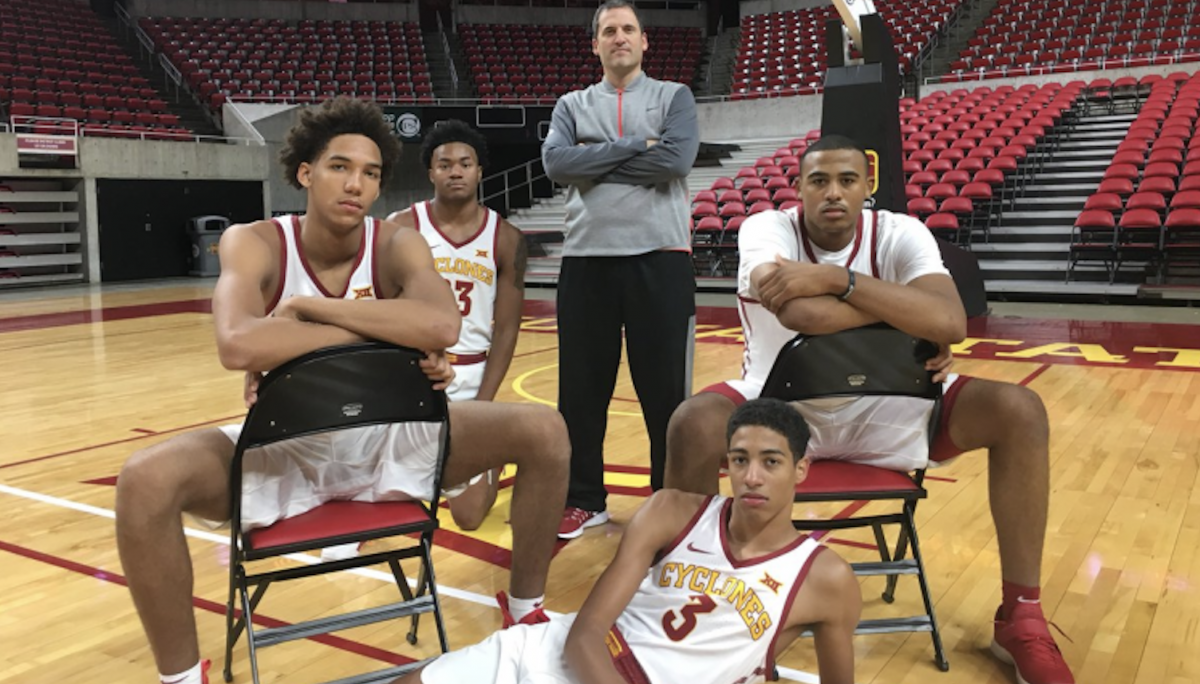 AMES — The situation Iowa State basketball finds itself in with its freshmen class can only be described as unique.

It is not common for a class of four newcomers to have prior relationships before they even walk on campus. Steve Prohm said this is the first time he has ever encountered such a group.

But, that is what can happen when a recruiting class includes three players from Chicago and one more who became a familiar face on the AAU scene despite living a few hours north in Wisconsin.

Former four-star recruit Zion Griffin said the other three members of Iowa State’s 2018 recruiting class – Talen Horton-Tucker, George Conditt and Tyrese Haliburton – are like his brothers. Griffin, Horton-Tucker and Conditt grew up near each other playing on the public school courts of Chicago.

The 6-foot-6 forward, who has been slowed most of the summer following surgery on his knee, came to know Haliburton through a series of skills camps throughout the years.

Having seen each of the other three on the court often in the past, nothing they have done so far this summer has come as a surprise to him while he’s been sitting on the sidelines.

“They’re living up to what their potential and the stuff that I know they can do,” Griffin said in his first opportunity to meet with the media since arriving on campus in Ames. “It’s cool to see them out there doing that. I just can’t wait to get back to it.”

Prohm said he can already see the prior bond between the four freshmen making an impact on Iowa State’s chemistry this summer. That was an area where the Cyclones suffered at times during the 2017-18 season that saw the program fall to the bottom of the Big 12.

“We have lifts three times a week and all four of us get in the car every day and drive here,” Haliburton said. “We know everything that’s going on in each other’s lives so we talk a lot for sure.”

There is no questioning that expectations for this group of Iowa State newcomers are already incredibly high before they’ve even stepped on the court in cardinal and gold.

But, right now, they are not worried about the outside expectations. They’re working on continuing to strengthen that relationship — and hopefully, allow it to pay major dividends when they walk on the court.

Even if it means three guys from Chicago have to bond with a kid from Wisconsin.

“We treat Tyrese the same way we treat everybody else,” Conditt said with a laugh. “It’s all cool. He’s a cheesehead, he’s a Packers fan anyway so… Eh… He’s a Packers fan so he doesn’t really have my vote, but, hey.”