Iowa State has been listed among the top-12 schools for five-star point guard Kira Lewis. The No. 30 prospect in the country announced the cut from 33 scholarship offers to the 12 schools on his Twitter account Tuesday afternoon.

Iowa State extended Lewis a scholarship offer in January then he hosted head coach Steve Prohm for a home visit in April. Lewis has a prior relationship with new Iowa State assistant coach James Kane dating back to his time as an assistant at Murray State and Dayton.

The Cyclones currently have two open scholarships for the 2019 class with Missouri wing Marcedus Leech already committed, but that number could change depending on Lindell Wigginton’s sophomore season and whether or not he returns to school for his junior year or declares for the NBA Draft. 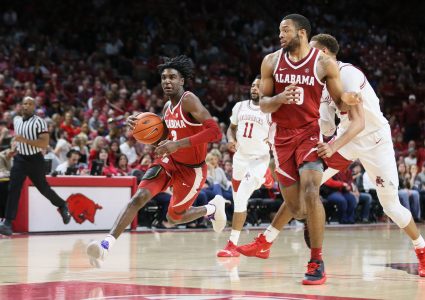