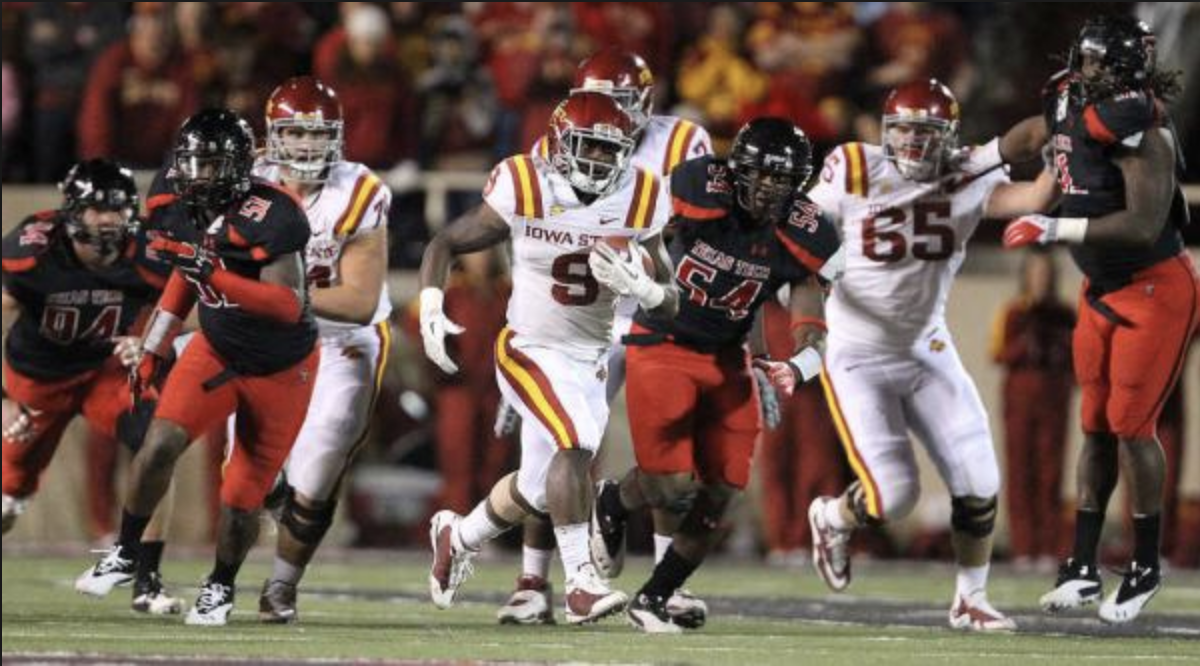 Jared Barnett’s Iowa State legend was cemented on Nov. 18, 2011, but it got its start two weeks earlier when the Cyclones upset No. 20 Texas Tech 41-7 on Oct. 29, in the redshirt freshman quarterback’s first collegiate start.

Barnett threw for 144 yards and a touchdown plus added 92 yards and a score on the ground while the Cyclones jumped out to a 21-0 first quarter lead. James White, Jeff Woody and Duran Hollis added rushing touchdowns of their own while helping the Cyclones out-rush Tech 368-99.

The win gave Iowa State its second win over a top-20 team in as many seasons and its first conference win of the 2011 slate. It was also the program’s largest margin of victory against a top-20 team since beating No. 20 Nebraska by 22 points in 2002.

The Cyclones would add their first win over a top-5 team two weeks later, but the win over the Red Raiders was the sign of the exciting things to come the next month.